Prime Minister Narendra Damodardas Modi will visit Assam and West Bengal, which will go to the polls in a few weeks's time, on Monday to lay foundation stones for several projects. 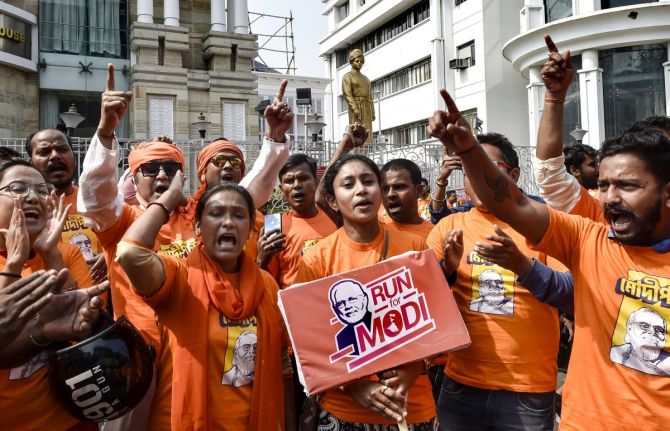 In West Bengal, Modi will inaugurate the extension of the Metro Railway from Noapara to Dakshineswar, and flag off the first service on this stretch.

This extension will ease access to the famous Kali temples at Kalighat and Dakshineswar.

Modi will also inaugurate the third line between Kalaikunda and Jhargram over a stretch of 30 km of the 132 km long Kharagpur-Adityapur Third Line Project of South Eastern Railway.

He will dedicate the doubling of the Azimganj to Khargraghat Road section, which is a part of the Howrah-Bandel-Azimganj section of Eastern Railway.