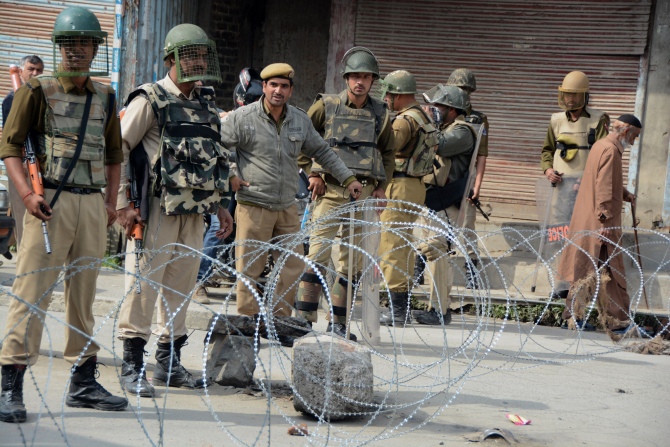 The Union home ministry has ordered "immediate" withdrawal of over 7,000 paramilitary troops from Kashmir after a security review, officials said on Tuesday.

A total of 72 companies of Central Armed Police Forces have been ordered to "revert" to their locations across the country, they said. One such company has about 100 personnel.

These units drawn from the Central Reserve Police Force, the Border Security Force, the Indo-Tibetan Border Police, the Central Industrial Security Force and the Sashastra Seema Bal were sent to the Kashmir Valley after the Centre abrogated Article 370 provisions in Jammu and Kashmir.

As per the order issued on Monday, while 24 companies of the Central Reserve Police Force are being withdrawn, 12 each of the Border Security Force, Central Industrial Security Force, Indo-Tibetan Border Police and Sashastra Seema Bal are being sent back.

About 20 such companies were withdrawn from the valley early this month.