Mehbooba released after over a year in detention, PSA revoked

People's Democratic Party president and former chief minister of Jammu and Kashmir Mehbooba Mufti was released on Tuesday night as the Union Territory administration revoked the Public Safety Act charges against her, more than a year after she was detained following the abrogation of special status of the erstwhile state. 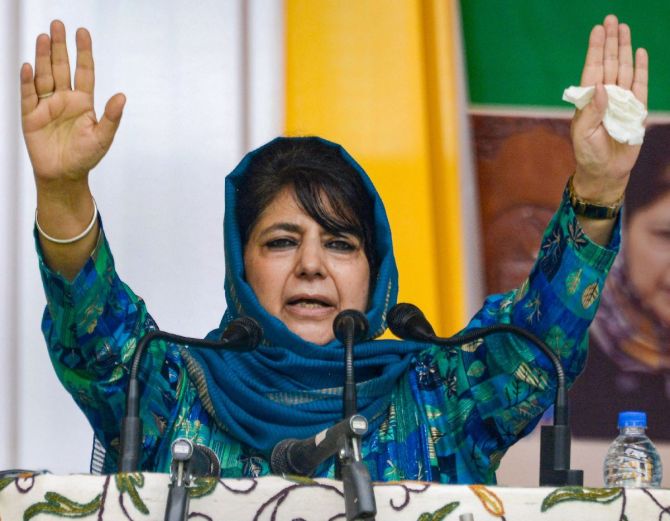 The development came barely two days before the Supreme Court was to hear the matter related to her detention.

The Deputy Commissioner ordered that the PSA has been revoked with immediate effect.

Her detention period had been extended for a period of three months on July 31 this year.

Mehbooba, 60, who was initially put under preventive custody on August 5 last year and later booked under the stringent PSA on February 6, was shifted to her official residence on April 7 after it was declared a subsidiary jail by the authorities.

Her elated daughter Iltija expressed happiness that her mother was finally released from detention, which she alleged was "illegal, unlawful and a complete traversity of justice'.

"I now hope that other youths who have been detained for over a year in various jails in and outside the state are also released soon," Iltija told PTI.

She also signed off from her mother's Twitter handle with a tweet: 'As Ms Mufti's illegal detention finally comes to an end, I'd like to thank everybody who supported me in these tough times. I owe a debt of gratitude to you all. This is Iltija signing off....'

Former Jammu and Kashmir chief minister Omar Abdullah also tweeted that he was pleased to hear that Mehooba had been released after more than a year in detention.

'Her continued detention was a travesty and was against the basic tenets of democracy. Welcome out Mehbooba,' he tweeted.

Iltija has last month again moved the Supreme Court against the continued detention of her mother under the stringent PSA.

Mehbooba, president of PDP, was arrested on the eve of abrogation of special status to Jammu and Kashmir and its bifurcation into two Union Territories on August 5 last year.

Omar and his father Farooq Abdullah had also been detained under the PSA but were released in March this year.

In her latest petition before the Supreme Court, Iltija had said the application has been filed praying for permission to amend the writ petition seeking inter alia a writ of habeas corpus.

"The amendment sought is to include grounds of challenge and additional prayers for challenging the orders of confirmation (dated February 26) and subsequent extensions (May 5 and July 31) of the detention order (of Mehbooba) impugned in the Writ Petition," the application read.

The writ petition had challenged Mehbooba's detention stating that the dossier based on which grounds of detention have been formed are 'stale, vague and that they suffer from non-application of mind, malice in law and that they violate the provisions of the PSA'.

The Supreme Court, while hearing the petition on September 29, had given two weeks to the Jammu and Kashmir administration to give its stand on how long Mehbooba can be kept in custody and whether her custody can be extended beyond one year.

"What is the proposal of Jammu and Kashmir administration on her detention," a Supreme Court bench headed by Justice Sanjay Kishan Kaul said during the hearing through video-conferencing.

The court was scheduled to hear the matter again later this week.

Minutes after the announcement, a PDP spokesman said Mehbooba will address a press conference on October 16.

'@jkpdp president @MehboobaMufti would be addressing a press conference on Friday, 16th of October, 2020. Timing of the presser would be shared separately,' PDP spokesman Suhail Bukhari tweeted.

Communist Party of India-Marxist leader Mohammad Yousuf Tarigami said Mehbooba's release was a welcome relief but the administration should consider cases of all other detainees arrested after August 5. 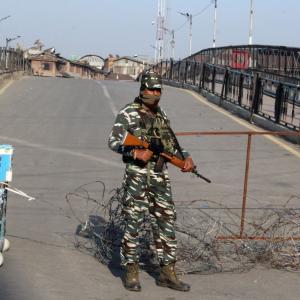