A heavily armed assailant opened fire outside a German synagogue on Yom Kippur, the holiest day of the Jewish year, and killed two people as he live-streamed his attack. 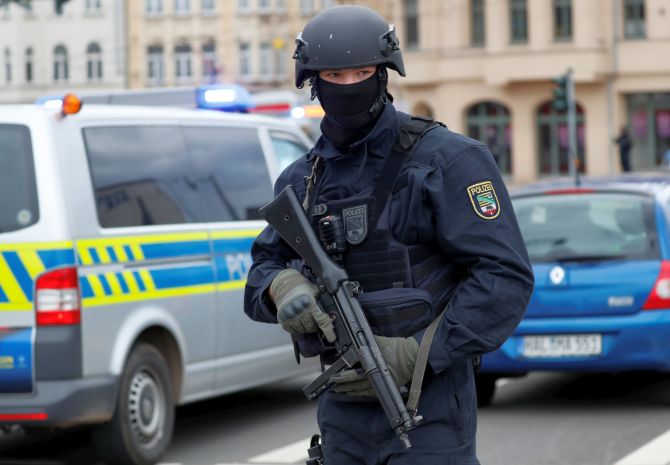 IMAGE: A police officer stands guard near the site of a shooting, in which two people were killed, in Halle, Germany. Photograph:Fabrizio Bensch/Reuters

The attacker shot at the door of the synagogue in the city of Halle but did not get in as 70 to 80 people inside were observing the holy day, a local Jewish leader said. Video of the attack was live-streamed on streaming site Twitch, which said it had "worked with urgency" to remove it.

He fatally shot a woman outside the synagogue and a man inside a nearby kebab shop.

Two other people were seriously injured, but regional broadcaster MDR said their condition was not critical.

Police said they had detained one person, reported by German magazines Spiegel and Focus Online to be a 27-year-old German. 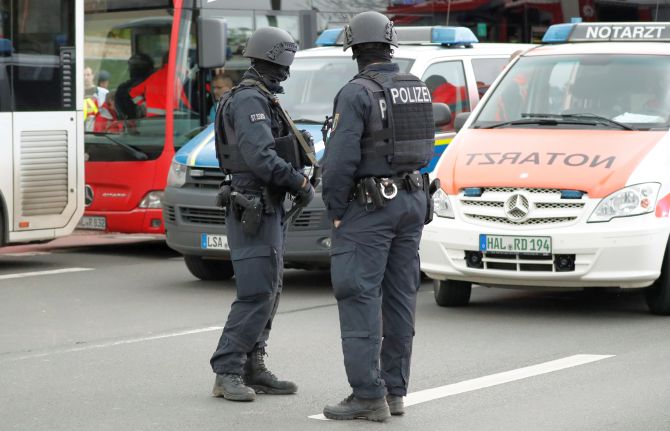 IMAGE: The heavily armed gunman fatally shot a woman outside the synagogue and a man inside a nearby kebab shop. Photograph: Fabrizio Bensch/Reuters

Rita Katz, the head of the SITE Intelligence Group, wrote on Twitter that 35 minutes of footage of the attacks were posted online, and that the attacker said in English before the shooting that the "root of all problems are the Jews."

She said it showed the attacker shooting a woman in the street after failing to enter the synagogue, then entering a business and killing another person before fleeing.

The filming of Wednesday's attack echoed another horrific shooting halfway around the world, when a far-right white supremacist in March killed 51 people at two mosques in Christchurch, New Zealand and live-streamed much of the attack on Facebook. That massacre drew strong criticism of social media giants for not immediately finding and blocking such a violent video. 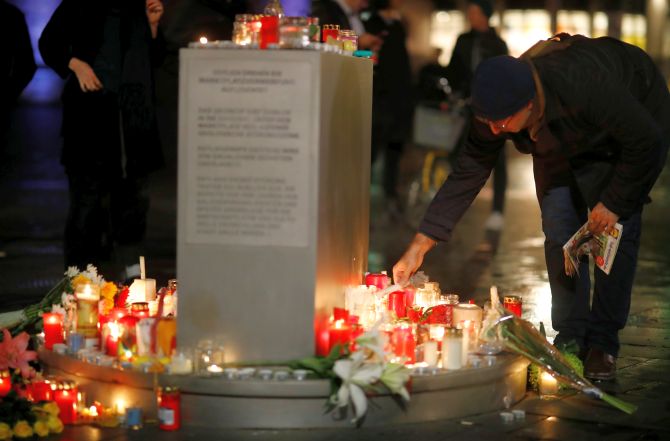 The attack was the third to target a synagogue in a year, following attacks in the United States on synagogues in Pittsburgh and Poway, California.

Merkel visited a Berlin synagogue as around 200 people, some holding Israeli flags and candles, held a vigil outside. Merkel’s spokesman tweeted: “We must oppose any form of anti-Semitism.” 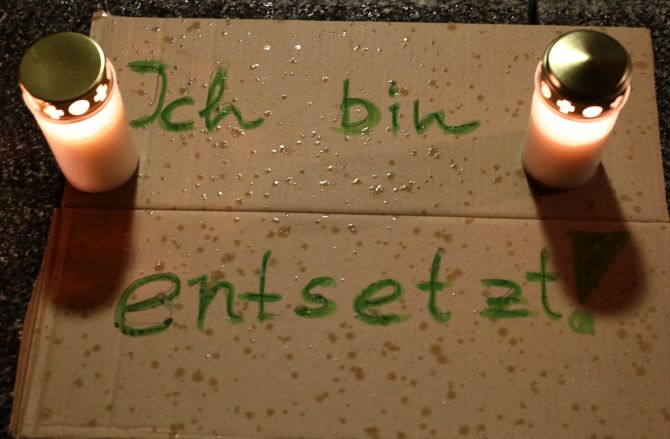 IMAGE: Lit candles are seen with a sign reading "I am horrified" during a gathering at the New Synagogue in Berlin, Germany. Photograph: Christian Mang/Reuters

Israeli Prime Minister Benjamin Netanyahu sent condolences to the victims’ families and said in a Twitter post: “The terrorist attack against the community in Halle in Germany on Yom Kippur, the holiest day of our nation, is yet another expression that anti-Semitism is growing in Europe.”

“I call upon the authorities in Germany to continue to work determinedly against the phenomenon of anti-Semitism.” 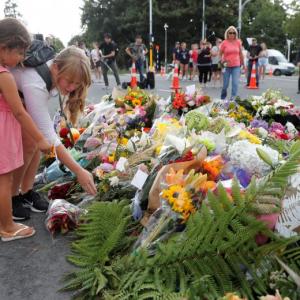