The Supreme Court on Tuesday directed immediate release of Bharatiya Janata Party's youth wing leader Priyanka Sharma on bail, days after she was arrested by the West Bengal police for allegedly posting a morphed image of Chief Minister Mamata Banerjee on social media. The top court directed Sharma to tender a "written apology" at the time of her release from jail for sharing the meme on Banerjee saying that freedom of speech of an individual ends when it infringes upon others' rights.

Sharma was arrested on May 10 by the police under section 500 (defamation) of the IPC and under other provisions of the Information Technology Act on a complaint of a local Trinamool Congress leader Vibhas Hazra.

She was sent to 14-day judicial custody by a trial court there.

A vacation bench, comprising justices Indira Banerjee and Sanjiv Khanna, which initially said that Sharma's apology will be a bail condition, later clarified that it will not be a condition for bail but she should apologise for sharing the post at the time of her release.

"The detenue, Priyanka Sharma, is directed to be immediately released on bail. The detenue shall, however, at the time of release, tender an apology in writing for putting up/sharing the pictures complained of on her Facebook account. It is made clear that this order is being made in the special facts and circumstances of this case and shall not operate as a precedent," the bench said.

The court also sought response from West Bengal government on whether a person can be arrested for sharing a post or meme on social media and posted the matter for further hearing after the summer vacation.

At the outset, senior advocate Neeraj Kishan Kaul, appearing for Priyanka's brother Rajib Sharma who has filed the plea in the apex court, said she was arrested and sent to 14-day judicial custody just for sharing the post which was already widely viral.

"She is not the creator of the meme but only shared it on social media which was already shared by thousands of people," Kaul said.

To this, the bench said, "There cannot be any equality to the wrong. Your freedom of speech and expression is non-negotiable but your freedom ends when it infringes upon the rights of other."

The top court said it could direct her forthwith release but she has to tender an apology for sharing the post.

"We have seen the picture which has been shared. If someone is hurt then you can apologise for it," the bench said.

Kaul contended that apology will have a chilling effect on the fundamental right of freedom of speech and expression.

"We do not see that there should be any difficulty for you in apologising for your post on social media. We are not asking you to apologise for others.

"Let her tender an apology we will forthwith grant bail. You take instruction. Since you are member of BJP the insinuation is different. The other side may have taken it differently. Had you been a common person, then may be it could have been no problem," the bench said.

Kaul said the provisions of IT Act and IPC under which she was arrested does not apply in this case.

Referring to the apex court's verdict in Shreya Singhal case in which the court had scrapped section 66A of the IT Act, Kaul said Sharma has been arrested by the police under this provision also.

The court said that it was keeping the question of law open on whether arrest can be made for sharing such posts and at present is only dealing with the bail.

"You are a member of a political party. Elections are going on. We understand all these things," the bench said, adding that "you cannot put anybody's face on anybody. If it is going round. It is wrong".

Kaul contended that such an apology would have a chilling effect on freedom and speech and expression and tomorrow West Bengal police can arrest anybody for four days for giving a statement and then ask for an apology.

"If you say sorry, it does not bring you down. We are not going on the angle of freedom of speech and expressions," the bench told Kaul at the fag end of hearing.

On Monday, Kaul had mentioned the matter in the top court for urgent hearing saying Sharma was forced to move the apex court as there was a complete strike in local courts till May 14 in Howrah and moreover, she had been remanded in 14 day judicial custody by a Howrah court on May 11.

Section 500 of the Indian Penal Code (IPC) entails punishment for defamation with simple imprisonment for a term which may extend to two years, or with fine, or with both.

Sharma had allegedly shared on Facebook the photo in which Banerjee's face has been photo-shopped on to actor Priyanka Chopra's picture from the MET Gala event in New York.

Her arrest was followed by protests from the BJP and other social media users. 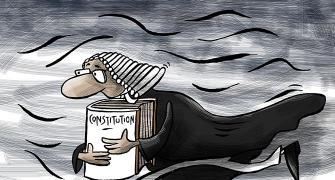 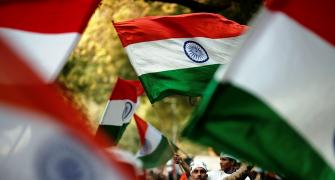 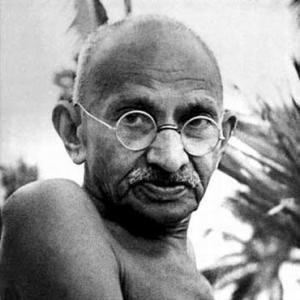 Freedom of speech not absolute: SC on satirical poem on Gandhi