'We're going to campaign across the country to convince more candidates to endorse some/all of these issues -- and hold them to their promises if and when they are elected.'
Geetanjali Krishna finds out more about Reclaiming the Republic. 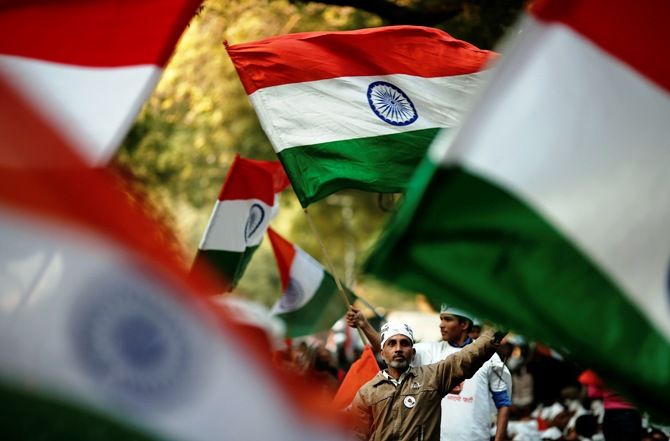 In the usual flurry of campaigns and promises before the 2019 general election, an unprecedented civil society initiative was announced on February 5.

Chaired by former Delhi high court Chief Justice A P Shah and spearheaded by lawyers, activists, journalists, bureaucrats and more, Reclaiming the Republic lists 19 issues that need immediate and urgent action, from strengthening laws on transparency and accountability to creating better ones to safeguard the environment.

"These are the fundamental issues political parties should be thinking about as they prepare their own manifestos," says Anjali Bhardwaj, co-convener of the campaign. 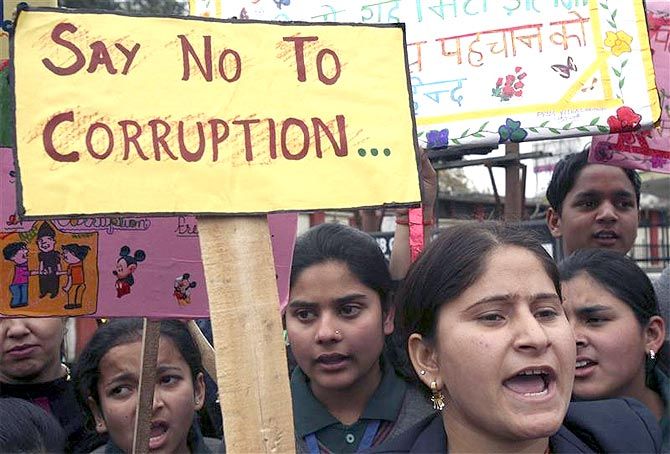 Researched and put together by a collective of 27 concerned citizens including Gopalkrishna Gandhi, Prabhat Patnaik, Harsh Mander, Prashant Bhushan and others, the manifesto covers a diversity of issues.

Other asks include a 'new deal' for farmers comprising assured income, freedom from indebtedness and sustainable farm practices; electoral reforms aimed at reducing the influence of money power; media reforms aimed at making the media freer, more diverse and accountable through an independent regulator; guarantee to every adult at least 150 days of work a year at minimum wages and more.

A substantial section of the manifesto deals with issues of transparency and accountability.

"The party that comes to power next must work towards undoing the regressive amendments made to the Prevention of Corruption Act," says Bhardwaj.

Additionally, the manifesto demands the transparent setting up of the Lokpal; enactment of the Grievance Redressal Bill and the proper operationalisation of the Whistle Blowers Protection Act.

Judicial and police reforms also feature in it, as strengthening these institutions lies at the core of developing a robust system of checks and balances. The campaign has tried to ensure that every demand on their list is actionable.

"If the action requires a budgetary allocation, we've provided minute details on where that money could come from," Bhardwaj says.

"The reforms that we've suggested will roughly need funds to the tune of five per cent of the GDP which can be achieved through increasing the level of direct taxes, which is currently very low."

Their suggestions for strengthening the media include the introduction of a Media Freedom Bill along the lines of the First Amendment in the US which guarantees freedom of expression and automatically removes any arbitrary laws. The collective has invited all political parties to share their suggestions and incorporate some of the highlighted issues into their own manifestos.

Some Congress, CPI-M and Samajwadi Party candidates have already endorsed some issues.

For instance, Samajwadi leaders have agreed to take the Grievance Redressal Bill forward if they are elected.

The Congress has indicated support for the employment guarantee to be extended to the urban poor as well.

"Going forward until the elections, we're going to campaign across the country to convince more candidates to endorse some/all of these issues -- and hold them to their promises if and when they are elected," Bhardwaj says.

Additionally, they are also counting on civil society organisations across the country to gain greater momentum.

So far, the National Campaign for People's Right to Information, Right to Food campaign, National Alliance of People's Movements and others have already come on board. Many have hailed Reclaiming the Republic as one of the first citizens's election manifestos in the country.

For the collective, however, it is much more.

In early February when the manifesto was released, Justice Shah averred that patriotism was more than just paying lip service to the Tricolour or sloganeering.

"Thinking about ways to strengthen democratic institutions and making our country a true welfare state is also an act of patriotism," says Bhardwaj.

Which is why the campaign will not end with the upcoming general election.

Reclaiming the Republic will continue to lobby with the newly elected government to ensure that their manifesto is implemented, at least in part.

Elections and governments may come and go -- but campaigns like Reclaim the Republic will ensure that the battle to save democracy never ends. 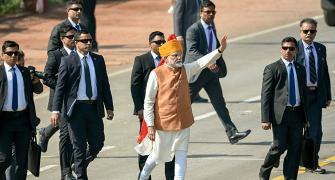 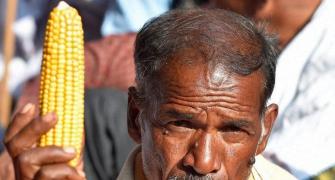 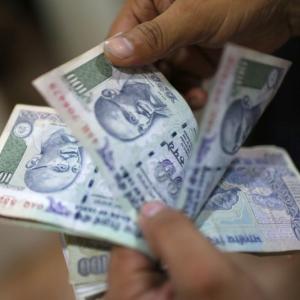