News
Business
Movies
Sports
Cricket
Get Ahead
Money Tips
Shopping
Sign in  |  Create a Rediffmail account
Rediff.com  » News » Why the 2019 election is pivotal for India

The 2019 election gives the Indian public the same choice: Between growth and oligarchs (or, in our case, dynasts and crony capitalists).
If we chose wisely, well and good.
If not, well, we have the Nehruvian Rate of Growth and massive corruption to fall back on.
In a large sense, it is a choice between the India of the Lutyens elites, and the Bharat of the real citizen, says Rajeev Srinivasan. 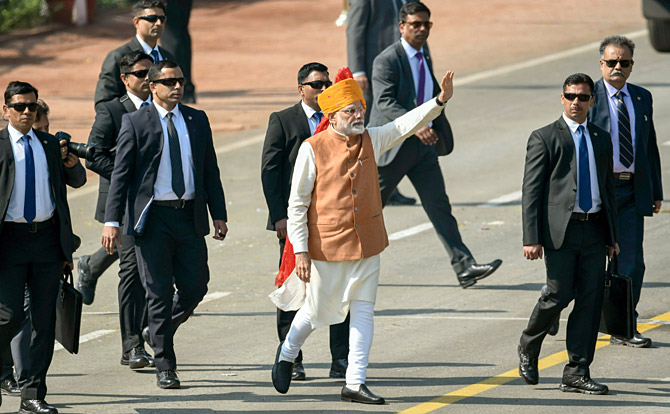 When the parades are over and the curtain has come down on the Republic Day celebrations, there is the question of what this entire spectacle actually means.

What exactly are we celebrating?

What is the relevance of the Republic?

What has been accomplished in 70 years of the Republic?

What remains to be done?

What has the 'rule of the public' failed to do?

Have we, the public, messed up?

President A P J Abdul Kalam took a stab at all this in his book Vision 2020. As an engineer, his vision was of using technology for the benefit of real people. Indeed, we have made some significant progress in this, but we have been playing far below our true potential.

As the management consultant C K Prahalad noted, there is the powerful idea of Strategic Intent; India has somehow failed to articulate what it intends to become when it grows up.

Indeed, in a world riven by consumption at an unsustainable rate, and on the verge of a cold war (or maybe even a shooting war) between the US and China, India has the opportunity to use its tradition of sustainable and environmentally conscious development, and a legacy of living frugally (we know when to say 'Enough', unlike the Faustian restlessness of the West) to provide thought leaderships towards a future where we do not exhaust the planet.

Sustainable and socially relevant growth using technology is the focus of the first A P J Abdul Kalam Conference to be held later this year at IIT Madras.

The West was exposed to the finiteness of things in 1972 in the Club of Rome's 'Limits to Growth', but they have continued to act as though resources were infinite, lured by the siren-song of consumption, encouraged by technology revolutions -- the oil economy, semiconductors -- that seem to promise limitless riches. That, of course, is an illusion. There are unintended consequences.

India is one of the nations that will face the music the soonest. We have 1/3rd the land area of the US, 3 times its population, we have an army of young people who need jobs, we're among the most water-stressed countries in the world, and one of the most vulnerable to sea-level rises from global warming. And we're unfortunately next door to two bellicose nuclear neighbours with bad intent.

We need to plan for all these things, and right now.

This year is particularly important. For one, 2019 marks the centenary of the Jallianwallah Bagh massacre (see my 1998 column Remember Jallianwallah Bagh). That was one of those pivotal moments when history was made: Indians realised that the British empire was pure evil, and it had to go. Australians similarly had their epiphany at the Battle of Gallipoli, when the British literally made them cannon fodder.

So 1919 was a point of inflexion, and it set in motion a course of events that eventually led to Independence. Similarly the 2019 elections are pivotal, and they will determine whether we will rise to Kalam's expectations of greatness, or continue to muddle along.

There are precedents. In the 19th century, the US and Argentina were considered similar, the two nations that had the ingredients for greatness. As we know, the US fulfilled that promise; Argentina frittered away its inheritance and has remained an under-achiever.

The difference, I have read, is that the US chose to be open and to take risks that would help the people in the long run; whereas Argentina chose to be feudal and to protect the interests of the oligarchs and ranchers. The results are there for all to see.

There's an example closer to us: Pakistan, which also chose to protect its oligarchs and dynasts. And suffered for it even in comparison to Bangladesh and Sri Lanka.

The 2019 election gives the Indian public the same choice: Between growth and oligarchs (or, in our case, dynasts and crony capitalists). If we chose wisely, well and good. If not, well, we have the Nehruvian Rate of Growth and massive corruption to fall back on.

In a large sense, it is a choice between the India of the Lutyens elites, and Bharat of the real citizen.

In country after country, res publica has brought derision for the elites: and their views have turned out toxic for their respective parties. See the Modi victory in 2014, the Brexit win and the Trump victory. The publica are speaking up, and they couldn't care less for the views of the elites.

India has to be closely aware of what is happening in the country that is and will be its enemy.

Meanwhile, it is worth reviewing what the Indian Republic has wrought so far. On the one hand there are the positives: India just overtook Britain in real GDP (irony of ironies: They robbed us of $45 trillion according to economist Utsa Patnaik, whereas I had come up with a more modest, but still gargantuan, $10 trillion where I didn't take into account opportunity costs as she seems to have done).

On the other hand, India now has something like half the desperately poor in the world; half the blind; and so on -- a depressing litany of what we have managed to screw up in 72 years of freedom.

The biggest problem, I believe, is structural. There seems to be an almost blind faith type of feeling that the Constitution is somehow cast in stone forever and that not a word (well, almost) may be questioned, as though it were some religious text.

We have to recognise that it is a human document, subject to human frailties; and that nations rewrite their constitutions all the time. There's nothing wrong about making mid-course corrections (viz, amendments), but at some point, it's necessary to consider rewriting the whole thing, especially as the number of Band-Aid amendments starts to balloon. Here is a list of issues, by no means comprehensive:

We need a Constitution that reflects the res publica and is suited for 21st century India, not a pale imitation of a bunch of Western legalities.

There are other structural problems, too: In the judiciary (the entire selection process and the PIL process is broken), the bureaucracy (corruption), and the media (infiltrated by foreign interests). It is difficult to progress in this environment, and one becomes cynical sometimes.

But there is also a different thread that we seem to have lost somewhere in the last 70 years: Of idealism, faith and sacrifice. And it gives one hope.

A recent, longed-for, trip to the Andaman's Cellular Jail (the dreaded 'Kaalapani') brought this home to me vividly and viscerally.

The cellular jail should literally be a place of pilgrimage for Indians, a tirtha, like Hampi. Most of us have never studied about it in our school curriculum, so it is a revelation to go there. This is where some of our unsung heroes and martyrs lived and died. They gave their todays for our tomorrows.

This large prison had seven wings radiating from a central tower (some of the wings were destroyed in the Japanese attack during World War II, although some said later that 4 wings were torn down during the Nehru era to build a government hospital). It was built as an implementation of the diabolic Panopticon, the jail where the inmates do not know when the jailer is observing them. Therefore, they have to be on best behavior all the time, and they are under constant stress.

The irony is that the person who came up with this idea is the noted 19th century 'liberal' Briton, Jeremy Bentham.

A tour of the premises brings you across tableaux depicting inhuman tortures as well as executions that brave freedom fighters were subjected to. We get to see the tiny claustrophobic cells they lived in.

The story of the Cellular Jail ('Kaalapani') is an example of our collective amnesia about the patriots and martyrs who strove to gain independence, and often paid with their lives. The film Kaalapani which came out a few years ago was apparently not exaggerated.

Off in the distance is Ross Island, where the British would always go at dusk. The jailers were mostly Indian, including many who were convicts themselves, who had been 'promoted'. Strangely, this has always been the case. Even in the Jallianwallah Bagh massacre, it was Indian troops who fired on the unarmed protestors. 1,650 bullets, 1575 casualties.

There are several statues of martyrs in the park next to the jail, and brass plaques providing some little detail about their lives and deaths: Often tortured to death, sometimes death by force-feeding as they went on hunger-strikes. Kaalapani reminds you of the hellish TuolSleng torture camp in Cambodia, from which no one ever escaped; and Alcatraz in the middle of San Francisco Bay.

Once, long ago, we were warriors. Today, we are pale imitations of the Western fads and memes. This is no way to imagine a nation, and it has to change. 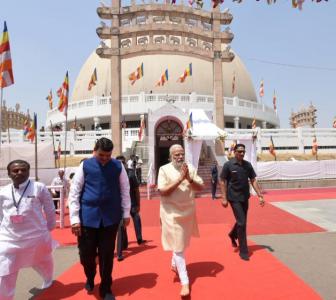 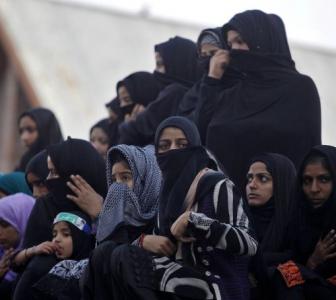 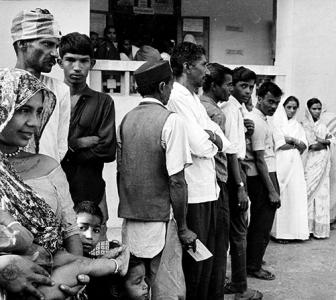