The Lok Sabha on Tuesday passed a bill under which Kashmiri, Dogri and Hindi, apart from the existing Urdu and English, will be the official languages in the Union Territory of Jammu and Kashmir. 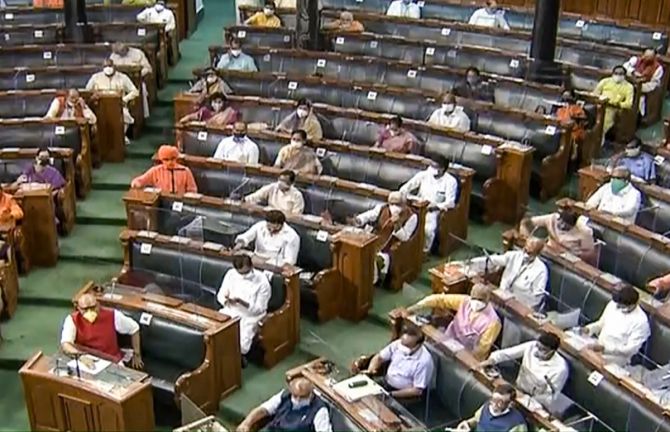 Introducing the Jammu and Kashmir Official Languages Bill, 2020, Minister of State for Home G Kishan Reddy said it was a demand of the people of Jammu and Kashmir that the language they speak should be the official language.

The minister pointed out that 53.26 per cent of the population of Jammu and Kashmir speaks Kashmiri language.

Reddy said 26.64 per cent of the population of the UT speaks Dogri while Urdu, which is currently its official language, is spoken only by 0.16 per cent population there.

Still for the last 70 years, Urdu continues to be the official language of Jammu and Kashmir, he said, adding that 2.36 per cent population in the UT speaks Hindi.

Opposing the bill, Hasnain Masoodi (National Conference) said the central government does not have the legislative competence to frame a bill in this regard.

He said it is not a fact that only 0.16 per cent population of the UT speaks Urdu which is a link language between Jammu region and Kashmir.

Masoodi said if only 0.16 per cent people in the UT speak Urdu, then why would the government include it as an official language.

No other state has five official languages, he said.

Intervening in the discussion, Union minister Jitendra Singh said he wondered why the NC was opposing the inclusion of Kashmiri as an official language.

He alleged that the National Conference has done politics in the name of 'Kashmiriyat' and still it was opposing the bill.

The bill was later passed by a voice vote.

Sikh and Gujjar communities have protested the exclusion of Punjabi and Gojri languages from the bill.