News
Business
Movies
Sports
Cricket
Get Ahead
Money Tips
Shopping
Sign in  |  Create a Rediffmail account
Rediff.com  » News » Lalu may be in jail, but he's still the boss!

Lalu's word is final in the RJD when even when he is serving a long jail sentence after being convicted in fodder scam cases.
M I Khan reports from Patna. 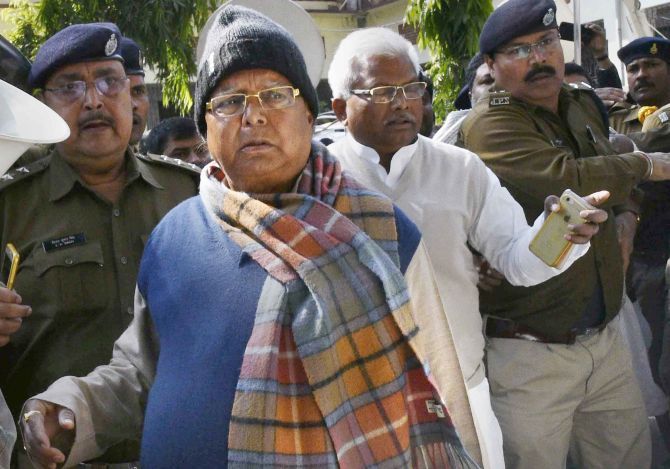 Lalu has also fielded his eldest daughter Dr Misa Bharti from the Patliputra Lok Sabha seat, ignoring anger and unhappiness in the RJD over her nomination.

Lalu also fielded Subhash Yadav, who has alleged links with the sand mafia, from the Chatra Lok Sabha seat in neighbouring Jharkhand, again ignoring party anger over his candidature.

Annapurna Devi, the RJD's Jharkhand unit president, has joined the Bharatiya Janata Party in protest against imposing an outsider in Chatra, ignoring her claim to the seat.

Chandrika Rai, a senior RJD leader, former minister and son of the late Bihar chief minister Daroga Rai, is the RJD candidate from Saran, which Lalu represented four times in the Lok Sabha.

Lalu's wife, former chief minister Rabri Devi, was defeated in Saran by the BJP's Rajiv Pratap Rudy in the May 2014 general election. Rudi has already begun his 2019 campaign.

"Lalu decided to field Chandrika Rai to send a political message to his supporters, mostly from his Yadav caste who are present in sizeable numbers in Saran, that he enjoys a good relationship with his son's father-in-law and daughter-in-law's family," says a senior RJD leader.

"Lalu's decision to nominate Chandrika Rai is a game changer," an RJD leader claims. Rai is perceived as a decent, popular, politician with a clean image in his assembly constituency if not across the Saran parliamentary seat.

Dr Misa Bharti, who is an RJD Rajya Sabha MP, has been campaigning in Pataliputra for weeks even though her younger brother Tejashwi Yadav only announced her nomination on Friday, March 29.

RJD sources say Bhai Virendra, the RJP MLA from Maner who hoped to be nominated from Pataliputra, is unhappy by Lalu's decision to field Misa, who was named after the acronym for the Maintenance of Internal Security Act under which Lalu was jailed during the Emergency when Misa was born.

Virendra hoped to contest the Pataliputra seat with support from Tejashwi Yadav, the leader of the Opposition in the Bihar assembly, but Lalu backed his eldest child.

Lalu contested the 2009 Lok Sabha election from Pataliputra, but was defeated by the Janata Dal-United's Ranjan Prasad Yadav.

In 2014, Misa -- who has a medical degree -- was defeated in Pataliputra by Lalu's trusted associate Ramkripal Yadav who revolted against Lalu's family love and joined the BJP.

Subhash Yadav, who is considered a close aide of Lalu and his family, has been part of the RJD since the mid 1990s. The Bihar police has reportedly lodged several cases against him in connection with illegal sand mining and benami property.

One thing is clear: Lalu's word is final in the RJD when even when he is serving a long jail sentence after being convicted in fodder scam cases. 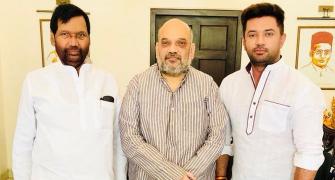 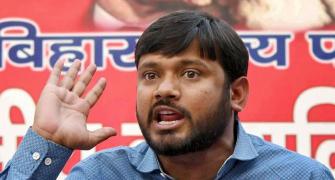 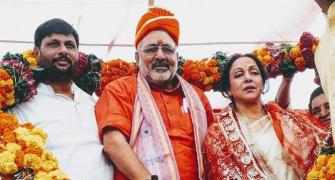 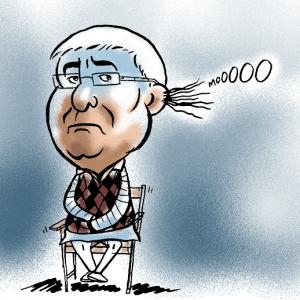 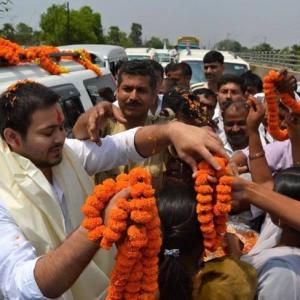