The road connecting Faridabad to Noida which was blocked for the last 69 days since the anti-Citizenship Amendment Act protests began at Shaheen Bagh in south east Delhi was opened on Friday after intervention by the Supreme Court appointed interlocutors. 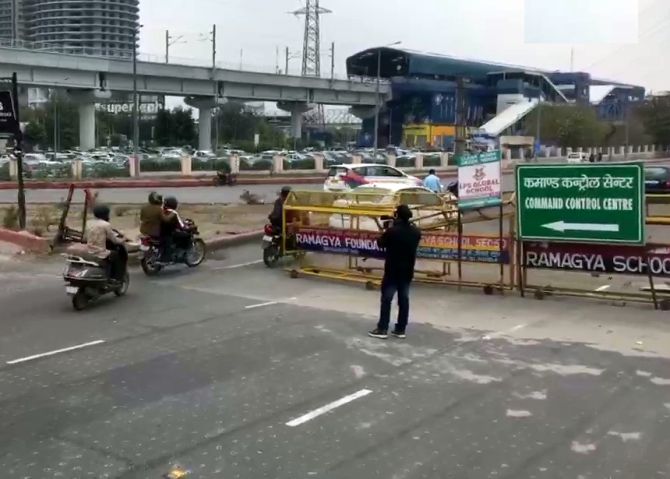 The road connecting Noida with Delhi, however, still remains closed.

The partial breakthrough is likely to ease traffic movement between Delhi and Noida.

The interlocutors appointed by the Supreme Court had on Thursday indicated the possibility of opening of some routes despite the stalemate in talks with the protestors who have refused to abandon their protest venue until the Citizenship Amendment Act they are opposing is repealed.

Senior advocates, Sanjay Hegde and Sadhana Ramachandran had first spoken of the possibility after the second day of negotiations with the protesters who have blocked a major arterial road connecting southeast Delhi with satellite town Noida in Uttar Pradesh.

Ramchandran said she along with Hegde visited some alternative routes --blocked by the police -- suggested for reopening by some women protestors.

On Monday, the Supreme Court observed that the blockade of the road at Shaheen Bagh was 'troubling' and suggested the protesters go to another site where no public place would be blocked. It, however, upheld their right to protest.

The apex court also asked Hegde to 'play a constructive role as an interlocutor' to persuade the protesters to move to an alternative site. It said the interlocutors could seek former bureaucrat Wajahat Habibullah's assistance.

The protesters have been demanding repeal of the Citizenship Amendment Act. 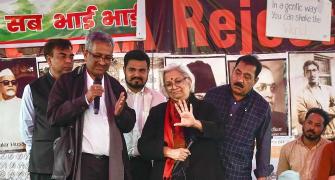