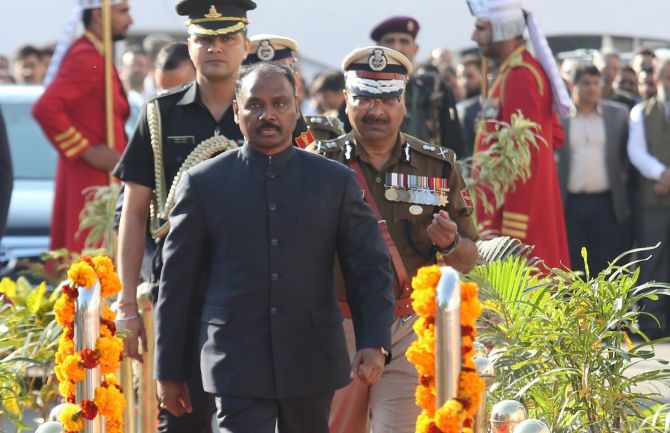 IMAGE: The 60-year-old former IAS officer of the Gujarat cadre had on October 29 last year taken over as the first L-G of the Union Territory. Photograph: Mukesh Gupta/Reuters

His resignation came on the day the Union Territory marked the first anniversary of the abrogation of Article 370 of the Constitution, which scrapped Jammu and Kashmir's special status.

The 60-year-old former IAS officer of the Gujarat cadre had on October 29 last year taken over as the first LG of the union territory after the state of Jammu and Kashmir was downgraded and sliced into two UTs, the other one being Ladakh.

There was no official word on the reasons for the resignation of Murmu, a 1985-batch IAS officer, who has served as Principal Secretary to Narendra Modi during his tenure as Gujarat Chief Minister.

He was a secretary in the ministry of finance at the time of his appointment as Lt Governor.

Highly-placed sources said that Murmu was likely to be given a new assignment at the Centre.

There was no immediate information as to who would succeed Murmu as the Lt governor of J-K. 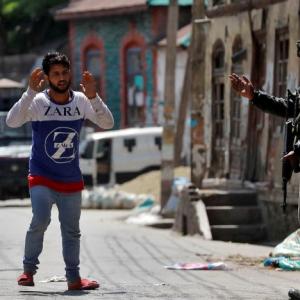