Freedom of speech and conducting business on the Internet are protected under the Constitution, the Supreme Court said on Friday while directing the Jammu and Kashmir administration to immediately review curb orders. 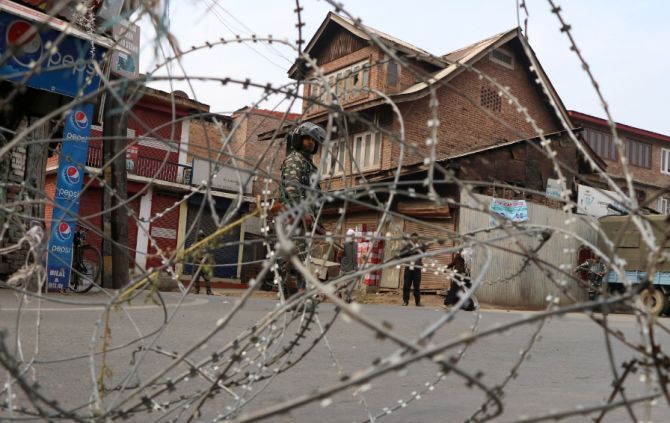 The top court also said that power under Section 144, which prohibits assembly of four or more people, cannot be used to suppress legitimate expression of opinion or grievance or exercise of any democratic rights.

It directed the authorities in the Union Territory to immediately review all orders suspending Internet services and said that orders not in accordance with the law must be revoked.

It said Internet services cannot be suspended 'indefinitely', and directed the J-K authorities to 'consider forthwith' allowing government websites, localised/limited e-banking as also hospitals and other essential services in areas where the services are not likely to be restored immediately.

"We declare that the freedom of speech and expression and the freedom to practice any profession or carry on any trade, business or occupation over the medium of internet enjoys constitutional protection under Article 19(1)(a) and Article 19(1)(g)," a 3-judge bench, headed by Justice N V Ramana, said in its 130-page verdict.

"The restriction upon such fundamental rights should be in consonance with the mandate under Article 19 (2) and (6) of the Constitution, inclusive of the test of proportionality," it said.

Holding that an order suspending Internet services indefinitely is impermissible under the Temporary Suspension of Telecom Services (Public Emergency or Public Service) Rules, 2017, the top court said that suspension can be utilised only for temporary duration.

Any order suspending Internet issued under the Suspension Rules, must adhere to the principle of proportionality and must not extend beyond necessary duration, it said.

"Till this gap is filled, we direct that the Review Committee constituted under Rule 2(5) of Suspension Rules must conduct a periodic review within seven working days of the previous review, in terms of the requirements under Rule 2(6)," the apex court said.

The judgment came on pleas filed by Anuradha Bhasin, Executive Editor of Kashmir Times and Congress leader Ghulam Nabi Azad which challenged the curbs imposed in Jammu and Kashmir after the Centre's abrogation of provisions of Article 370 on August 5 last year.

These pleas were different from another set of petitions which have challenged the constitutional validity of abrogation of Article 370, being heard by a sperate 5-judge Constitution bench which will resume its hearing on January 21.

The top court said that achievement of peace and tranquillity within erstwhile state of Jammu and Kashmir requires a multi-faceted approach without excessively burdening the freedom of speech.

"In this regard the government is required to consider various options under Article 19(2) of the Constitution, so that the brunt of exigencies is decimated in a manner which burdens freedom of speech in a minimalist manner," the bench said.

It further said that complete suspension of telecom services, be it the Internet or otherwise, being a drastic measure, must be considered by the state only if 'necessary' and 'unavoidable'.

"In any case, the State/concerned authorities are directed to consider forthwith allowing government websites, localised/limited e-banking facilities, hospitals services and other essential services, in those regions, wherein the internet services are not likely to be restored immediately," the bench also comprising Justices B R Gavai and R Subhash Reddy, said.

The apex court further said that power under Section 144 of Criminal Procedure Code (prohibitory orders) is exercisable not only where there exists present danger, but also when there is an apprehension of danger and repetitive orders under this provision would be an abuse of power.

It directed the authorities to immediately review the need for continuance of any existing orders passed under Section 144.

"However, the danger contemplated should be in the nature of an 'emergency' and for the purpose of preventing obstruction and annoyance or injury to any person lawfully employed. The power under Section 144, CrPC cannot be used to suppress legitimate expression of opinion or grievance or exercise of any democratic rights.

"An order passed under Section 144, CrPC should state the material facts to enable judicial review of the same. The power should be exercised in a bona fide and reasonable manner, and the same should be passed by relying on the material facts, indicative of application of mind.

"This will enable judicial scrutiny of the aforesaid order," the bench said.

It said that while imposing Section 144, the Magistrate cannot apply a straitjacket formula without assessing the gravity of the prevailing circumstances and the restrictions must be proportionate to the situation concerned.

"In a situation where fundamental rights of the citizens are being curtailed, the same cannot be done through an arbitrary exercise of power; rather it should be based on objective facts," the bench said. 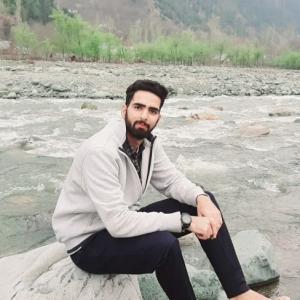