Inside story: How the Congress defused the 'Kejriwal situation' 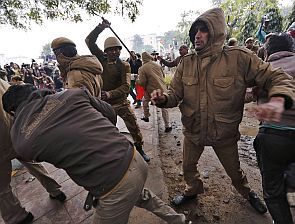 Renu Mittal reveals what conspired at the Congress camp after Delhi Chief Minister Arvind Kejriwal refused to move from his protest site in Delhi and threatened to disrupt the Republic Day celebrations.

The Congress has officially congratulated Home Minister Sushilkumar Shinde and LT governor Najeeb Jung for resolving the impasse arising out of Delhi Chief Minister Arvind Kejriwal sitting on a dharna creating a constitutional crisis in the capital almost on the eve of the republic day parade.

Sources say that the matter was resolved after both the prime minister and the home minister let it be known to Kejriwal that the government would not negotiate with them or even hold any discussions and that they were free to go ahead and continue their dharna.

It is learnt that unable to find a way out, AAP spokesperson Yogender Yadav went and met the LT governor at 1.30 in the afternoon and asked him to find a way out by which the dharna could be ended and they could move out.

It was then that a suggestion was made that two of the cops be sent on leave and that too for three days, though one of them was already on leave and his leave application had already been put in.

It is also learnt that the national Security Advisor Shiv Shanker Menon had a meeting with a number of secretaries including defence and home and a decision was taken that the area around Rajpath should be vacated by 10 am on January 22 since the full dress rehearsal of the parade is on January 23.

It was made clear that the parade was non negotiable and the union government would use whatever powers it had at its command to vacate the area, even if it meant using force.

The same advice was given by the President Pranab Mukherjee to Shinde when he met him on the night of January 20. The President, who is the supreme commander of the armed forces and who takes the salute from the forces on republic day said nothing must be done to harm or diminish the sanctity of the parade.

Having received the message loud and clear, Kejriwal and company went into a huddle and emerged from the meeting in the press club to say they were calling off the agitation. A grim faced Kejriwal left the venue in his vehicle and was admitted to the hospital with a lung infection, probably as a result of sleeping out in the cold.

The Congress spokesman went on record to praise the home minister saying his age and long political experience helped avert a serious constitutional crisis and said that Kejriwal must look within and introspect and see whether that is the kind of politics he wants to do.

The Congress has nowhere hinted at withdrawing support though Delhi state leaders such as Arvind Singh Lovely are meeting the LT governor on Thursday and look restive wanting to end the support but the congress party appears to have no such intention for the moment, keen as they are to continue him in power till the Lok Sabha elections. 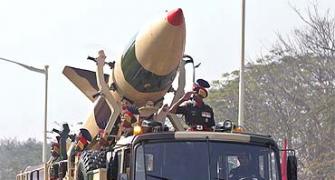 Army's threat to pull out of R-Day forced Kejriwal rethink on protest? 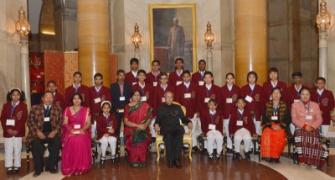 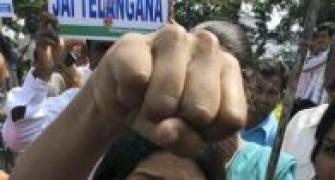 Prez extends deadline to discuss Telangana bill by a week 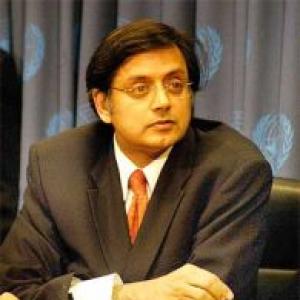