India believes in peace but...: Prez's veiled message to China

In a veiled message to China amid the border standoff, President Ram Nath Kovind on Friday asserted that while India believes in peace it is also capable of giving a befitting response to any attempt of aggression as he said "some in our neighbourhood" tried to carry out "misadventure of expansion". 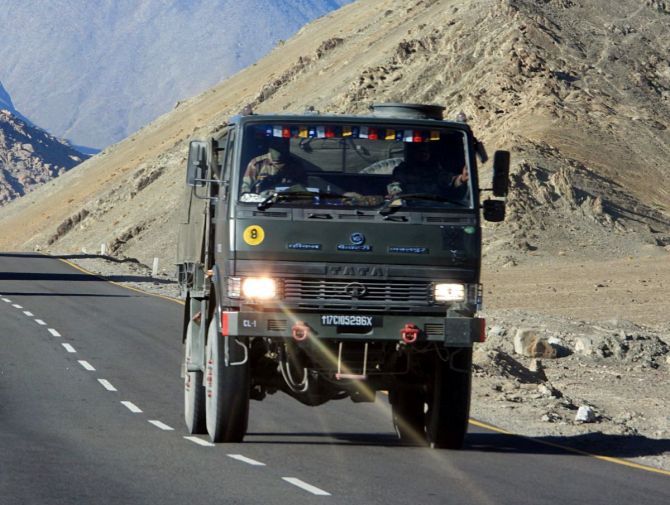 In his address to the nation on the eve of the 74th Independence Day, Kovind also spoke about the 'Aatmanirbhar' initiative launched by Prime Minister Narendra Modi and allayed fears of foreign investors saying India's self-reliance means being self-sufficient without alienating or creating distance from the world, with which it would continue to engage.

Touching upon the COVID-19 pandemic, Kovind said the nation is indebted to doctors, nurses and other health workers who have been continuously on the forefront of the fight against the disease which has disrupted all activities world over and taken a huge toll.

He also complimented the Modi government, noting it is very reassuring to note that the Centre while anticipating the tremendous challenge responded effectively and well in time. "For a country so vast and diverse with high population density, meeting this challenge requires super-human efforts."

Without taking China's name, the President said "while the world community needs to fight together against the greatest challenge(COVID-19) before humanity, some in our neighbourhood tried to carry out their misadventure of expansion."

He saluted the brave soldiers who laid down their lives defending the country's borders.

"Those worthy sons of 'Bharat Mata' lived and died for national pride. The entire nation salutes the martyrs of Galwan Valley. Every Indian feels grateful to their family members," he said. Twenty personnel of the Indian army were killed during clashes with the Chinese PLA in Galwan Valley in eastern Ladakh on June 15.

"Their bravery in combat has demonstrated that while we believe in peace, we are also capable of giving a befitting response to any attempt of aggression. We are proud of the members of our Armed Forces, paramilitary forces and police personnel who protect the borders, and ensure our internal security."

The President also said construction of the temple at Shri Ram Janmabhoomi in Ayodhya "was indeed a moment of pride for all". Prime Minister Modi performed the 'Bhoomi Pujan' for the Ram temple on August 5.

"People of the country maintained restraint and patience for a long time and reposed unflinching trust in the judicial system. The issue of Ram Janmabhoomi was resolved through judicial process. "

All concerned parties and the people respectfully accepted the verdict of the Supreme Court and displayed before the world, Indian ethos of peace, non-violence, love and harmony, he said.