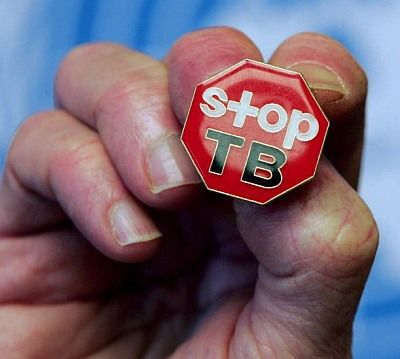 A throat infection led Prabha Shankar, a resident of Burari in north Delhi to visit a physician over three years ago. After visits to numerous doctors, including ayurvedic and homeopathic ones, Shankar was finally diagnosed with tuberculosis in March this year.

The World Health Organization's Global Tuberculosis Report 2014, published recently shows that 9 million people developed TB in 2013, and 1.5 million died, revealing that there are almost half a million more cases of the disease than previously estimated.

"Diagnosis of tuberculosis takes a lot of time and there is still a social stigma attached to it. What we call 'awareness' on this disease, should not be limited to knowing about it but also taking openly about it even if one has the slightest suspicion. We need to convey this from family to family and remove the stigma," says Shankar.

To combat social stigma, poor adherence to drug regimens and interrupted treatment that are the contributing causes for the spread of TB, the Lilly MDR-TB partnership with TB Alert under the guidance of the Central TB Division of India is helping make TB treatment accessible to communities by empowering local healthcare providers in areas where medical care and medicines are not easily available.

One such area where the TB program has shown results is Burari.

"As far as the TB program is concerned, every one lakh population is supposed to have a DMC (Designated Microscopy Center). Since Burari is an urban-rural settlement, earlier there was no facility. The nearest hospital is 11 kms away, which is in Kingsway Camp. So people either wouldn't go to the hospital or buy some medicine from the nearest chemist to treat themselves," says Sunita Prasad, program manager, Lilly MDR TB partnership.

Before commencing on the project Prasad says a survey was conducted and government help was sought.

"We chose areas which were urban slums or resettlement areas. To identify the area, we had a base survey. We understood the fact that there was no health facility around
and people had to either lose a day's wage or invest two-three days to actually go and get themselves diagnosed," she said.

"The government also said on the basis of their data that the area was under-served... The findings also suggested that the area did not have enough case directions. There were a lot of people who were suffering from TB but not getting diagnosed," says Prasad.

According to their data, every year 2 million people die from tuberculosis. With 1.9 million new TB cases each year, India has the highest incidence of tuberculosis in the world accounting for nearly one-fifth of the global incidence.

Although the rate of multi-drug resistant strains of TB (MDR-TB) is relatively low in India, when translated into absolute numbers it comes to an astounding 131,000 cases and presently in India today, two people die from TB every three minutes.

Prasad feels that eradication of this disease is only possible when there is more openness about it and it is discussed across platforms.

"You see polio. Why do we see a success story for polio? We had a huge national campaign with a brand ambassador like Amitabh Bachchan. But when it comes to TB, people hardly talk about it. If you have diabetes, you are very happy to say 'I have sugar' or 'I've had a chest procedure so I had cardiovascular disease'. But you are not willing to say that you have TB, even when it is totally curable," says the program manager.

Recently, Bollywood actor Aamir Khan also raised the topic of TB on his popular television show. Prasad feels that such efforts by popular faces, to openly talk about the disease, can create wider awareness and lead to a success story.

Asha, a worker with TB Alert since 2008, said that when she had a hard time convincing people about the seriousness of the issue.

"When my team of community volunteers started going from door to door, some people used to say that since we talked so much about tuberculosis we deliberately want the people to get infected by the disease!" says Asha.

"We do not really ask for qualification, we just give people the basic training if they are willing to volunteer. So that some boxes can be kept with them and patients can collect their medicines from the nearest place available to them," says Prasad.

"There are volunteers like Dr Mandal -- a semi qualified medical practitioner -- who voluntarily came forward for sputum collection and transportation and providing DOTS to 15 persons with TB. Another is Urmila Tripathy, a small shop vendor who acted as DOTS provider to 40 people with TB put on DOTS," says the programme manager.

Many ASHA workers have also joined in with the program to help sensitise people.

Banita Singh Shah, an ASHA worker who has been associated with this program since two years goes about convincing people to undergo a check-up if she finds TB like symptoms among the people she visits.

According to TB Alert's data, over half (1664/3135) of the symptomatic cases examined were referred by community volunteers.

Monika Gautam, a senior lab technical supervisor, recruited by government at a DMC in Burari says that they go through at least five to ten slides for sputum test.

Various charts on the walls of the DMC demarcates the exact localities it will cover and others are maintained to keep a track of tuberculosis cases reported, treated and other data registered monthly and yearly. These help in maintaining proper record and ensure effective treatment of patients.

Along with detailed history of patients, cards with blue and red markings differentiate between patients undergoing treatment, those who have been cured and those with MDR-TB.

"The workers are strict with the medicines. They make sure that you come to the centre and have the medicine in front of them. I had to go to my hometown in Uttar Pradesh when my medicines were going on but these workers counselled me and I got my reservation cancelled. I went to the centre each time they called and now I am fit," says Rajesh Rai who has been cured of tuberculosis.

Prasad says in Burari, the treatment success rate for the national TB program is between 80 per cent to 86 per cent has been maintained.

"It is closer to 90 per cent. For the MDR cases, we were happy to report that the national treatment success rate is 50 per cent and ours is even better than the national average," says Prasad.