Heavy rains and thunderstorm on Monday brought Delhiites a much-needed respite from the lengthy spell of sweltering heat, but it also affected road and air traffic during the morning rush hours, and brought down houses and trees, leaving at least eight people injured. 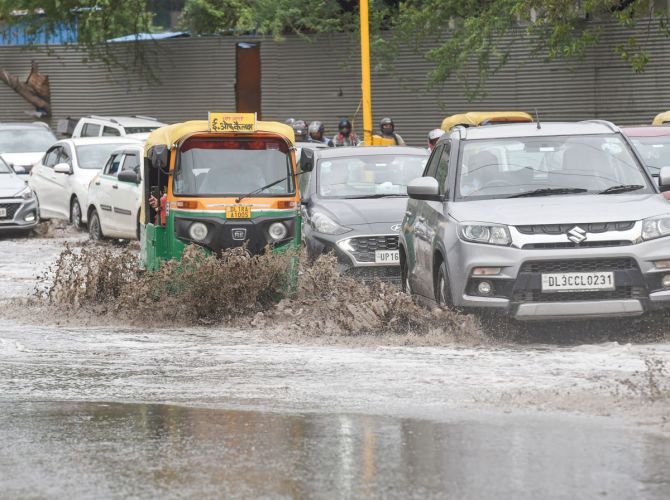 Water-logging and power cuts were also reported from several areas and eight vehicles parked on the roadside were damaged due to tree falling on them, officials said.

The weather department said this was the first moderate-intensity storm of this season for the national capital which has was reeling under unprecedented high temperatures for the past few weeks, crossing the 49-degree mark at one occasion.

Fire officials said eight people were injured in the incidents of house collapse reported from Jawalpuri, Gokalpuri, Shankar Road and Moti Nagar areas of the city. Weather department officials said the rain and thunderstorms caused a drastic fall in the minimum surface temperature Monday in Delhi which plummeted from 29 degrees Celsius to 18 degrees Celsius during 5.40 am to 7 am. The strong winds uprooted trees in some parts of the capital.

In south Delhi's New Moti Bagh, a tree collapsed on a car, but its occupants escaped unhurt. Officials said such incidents were reported from Delhi Cantonment and Dhaula Kuan areas also, but nobody was injured.

The officials said electricity supply lines were also damaged in some areas as tress fell on them, causing power cuts. He said their team is working to restore the power line in a phased manner. Waterlogging caused traffic snarls on various stretches including the ITO, DND, Narsinghpur-Jaipur Road and near AIIMS. Waterlogging was also reported from the Pul Prahladpur underpass, Narsinghpur on NH-48, Rao Tula Ram flyover in Vasant Vihar and other areas.

Police said they received 62 PCR calls, as informed by the Communication Unit, about uprooted trees. The airport authorities also cautioned people to contact the airline for updated flight details.

'Due to the bad weather, flight operations at @DelhiAirport are affected. Passengers are requested to get in touch with the airline concerned for updated flight information. #BadWeather #Rain,' the Delhi Airport tweeted. 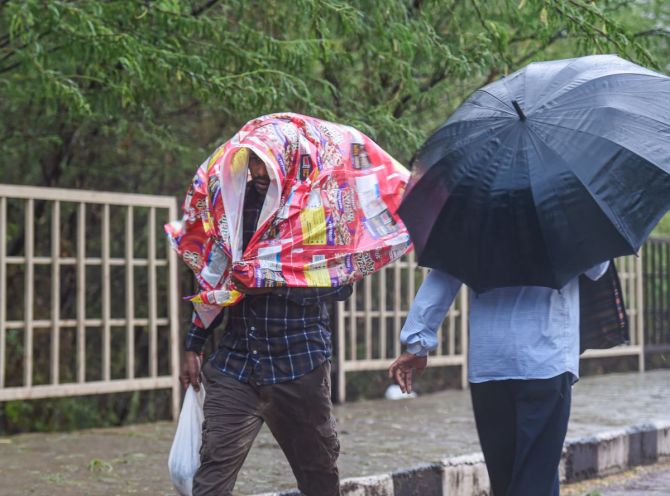 Various airlines like Indigo and Vistara also advised people to keep enough travel time in hand while commuting to airport.

'It's pouring in #Delhi. Flight departures and arrivals are getting impacted. Keep enough travel time in hand while traveling to the airport,' Indigo Airlines tweeted.

'#TravelUpdate: Due to Bad Weather (Strong Winds) in Delhi Arrivals/Departures are likely to get impacted,' Vistara said in a tweet.

'Due to bad weather in Delhi (DEL), all departures/arrivals and their consequential flights may get affected,' Spicejet posted on the microblogging site. 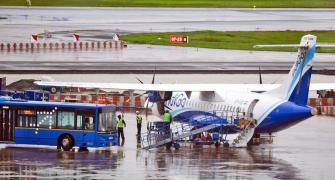 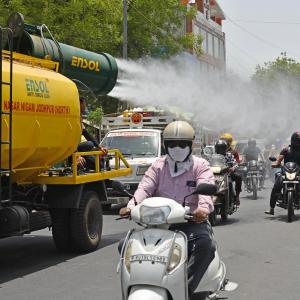