Mumbai was battered with rains on Sunday morning resulting in waterlogging in several parts of the city. IMAGE: A man wades through a waterlogged street during monsoon rain, at Sion in Mumbai, on Sunday. Photograph: Kunal Patil/PTI Photo

According to the India Meteorological Department, as of 8.30 am on Sunday, Thane reported 28 cm of rain, Santacruz 20.1 cm, and Colaba 13 cm. Workers of the Brihanmumbai Municipal Corporation (BMC) was seen in the Hindmata area of the city draining water off using water pumps. 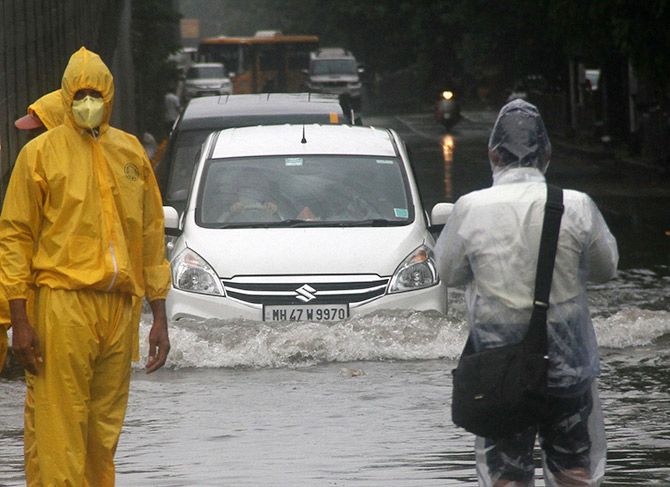 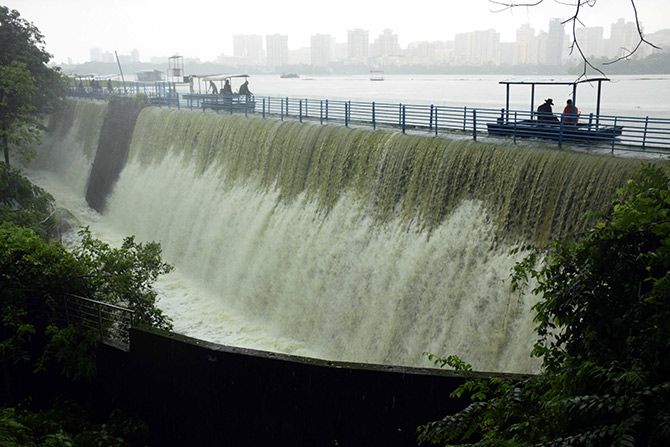 Many people were seen stranded across the city. The IMD had informed on Thursday that Mumbai and its adjoining areas would receive heavy rainfall in the next two to three days. 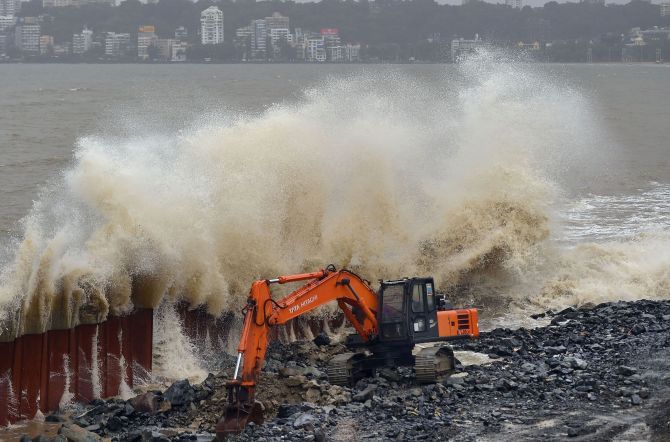 SEE: High tide in Mumbai as city is battered by heavy downpour