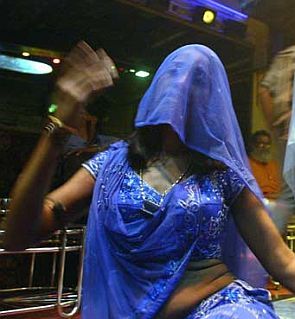 With the Supreme Court quashing the ban on dance bars in Maharashtra, bar-owners and dancers look forward to business starting once again, reports Neeta Kolhatkar. However, some issues need to be sorted out

While the Supreme Court order to lift the ban on dance bars in Maharashtra has come as a shock to the police and the Democratic Front Alliance of the Congress and Nationalist Party of India that is in power in the state, the bar-owners and dancers say it is the end of their trauma that lasted eight long years.

“This is truly the happiest day of my life. I can now feed my family and educate my children,” says Sunita, a 30-year-old bar dancer. Having come to Mumbai city 10 years ago, she danced at Home Palace in Andheri East. Sunita says she and her female colleagues were left helpless by the ban imposed by the Home Minister RR Patil (of the NCP). “I didn’t want to do other kind of work. I haven’t been exploited, but what the Maharashtra government did was unjust. We lost jobs and many got dragged into prostitution.”

The court verdict has been welcomed by the activist who fought the cause of bar dancers and took it all the way to the Supreme Court. Leader of the bar dancers association Varsha Kale told Rediff.com, “We fought for eight long years, I’m happy that the court has taken cognisance of the fact that the image of bar dancers, which was perceived as negative, is not the actual case. This gives the bar dancers a fundamental right to earn, and respect to their profession.”

The bar-owners who had camped in New Delhi for over a week to pursue the case were more than happy to ensure their business kicks off this very night. The bar-owners claim that from over 1250 bars, pre-2008, only 800 bars remain in the city now. While before 2008 nearly 72,000-75,000 girls/women worked in these bars, today there are barely 20,000 girls left. Most moved to satellite areas like Navi Mumbai, Thane and other regions, many moved on to Dubai, and many got sucked into acting in blue films and the sex trade.

“The police harassed us and would file false charges against us. I have recorded their harassment on video. They force us to pay hafta and they in turn complain we are indulging in wrong business. But we don’t harass our girls,” says Ramanna, the owner of HomePalace.

While the NCP has been vigorously pursuing the ban on dance bars, Congress leaders feel it is time the Maharashtra government ensures protection to working women in the state. Congress member of Parliament Sanjay Nirupam, whose constituency has a large number of dance bars, told Rediff.com, "The Supreme Court order should be welcomed and respected. In fact the government should now ensure that the minority community, that is women, in this case bar dancers who are vulnerable, are protected from any sort of exploitation and given employment opportunity, instead of a head-on collision with them."

The state government said the intention behind its ban was to end the vicious nexus among gangsters, bar owners and the police. While it was being rumoured that many from the encounter squad, the creamy lot of the Mumbai police, had a financial stake in some dance bars, it was never placed on record or proved. “The police have been harassing us from day one. They would scout our areas, falsely claim we were forcing our girls into sex trade and then misuse Section 110 of Bombay Police Act, IPC Section 294 and Prevention of Immoral Traffic Act,” said Pravin Agarwal, owner of Ellora Bar.

RR Patil had then said in the state assembly that it was sound logic to pass a bill banning dance bars. The middle class youth were becoming alcoholics and families were being destroyed. Also, the government wanted to put an end to the corruption, he had said. The move was opposed by the bar owners who fought him the legal way. First knocking on the doors of the Bombay high court, which stayed the ban on dance bars. Since the bars shut down from the midnight of August 14, 2008, a bitter battle raged between the bar-owners and the Maharashtra government and Mumbai police.

In fact, in these eight years, strict action was being taken consistently against bar-owners. The Maharashtra government also ensured that only orchestra music played at bars during the day, banned any form of dancing, money throwing or other deals. The government also brought in rules to allow girls to work only till 9.30pm, and restricted the number of girls who can sing till 1.30 am to four. Raids too were conducted every few weeks on bars and lodges along the highways in and around Mumbai’s suburbs.

In the interim period, the much-hated Assistant Commissioner of Police Vasant Dhoble of the social services branch was asked to monitor activity in and around the bars. His raids on many bars and the methodology he used (like busting in with a hockey stick) fetched him a lot of ire on social networking sites, apart from the bar-owners. As a result, many bar-owners and women were allegedly charged under PITA.

While the bar-owners accuse Dhoble of harassment, the cop however refused to comment in his defence. “The matter is sub-judice and I will not comment,” was all he would say. However, sources in the police told Rediff.com, “There is no conviction in these cases because the matter hasn’t come up as yet. It doesn’t mean the bar-owners have got a clean chit. Dhoble meticulously followed up on information received about the kind of nefarious activities that took place inside these bars and acted accordingly.”

Some senior crime journalists feel the fact is that with the ban about to go, employment will be generated as many girls will be back as dancers and many men will get jobs as waiters and bouncers. Senior journalist Prabhakar Pawar said the home department needs to be more alert about the prostitution issue. “Prostitution rackets exist in some areas. We see dance bars and lodges together along many highways. This means prostitution is thriving. And the hafta business will also now start thriving. These bar-owners will employ far too many girls and will need supervision.”

Varsha Kale, too, says the fear of prostitution lingers. “I have suggested that we set up a committee that will conduct inspection at regular intervals, to ensure minor girls aren’t employed and the bar girls aren’t forced into sex trade,” she said.

For now, however, the bar owners and the girls are savouring their legal victory. 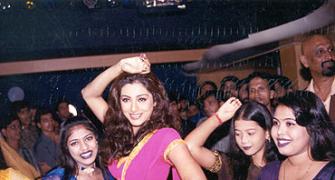 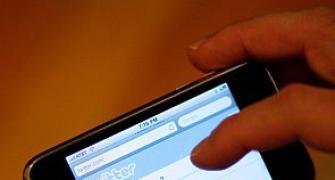 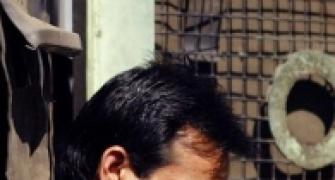 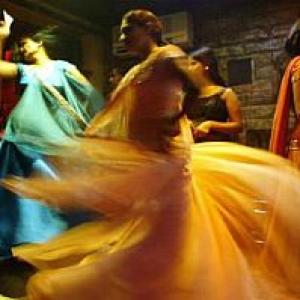 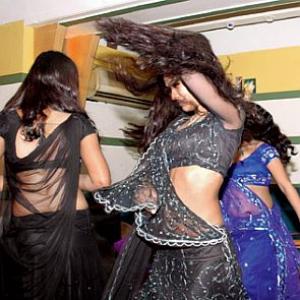