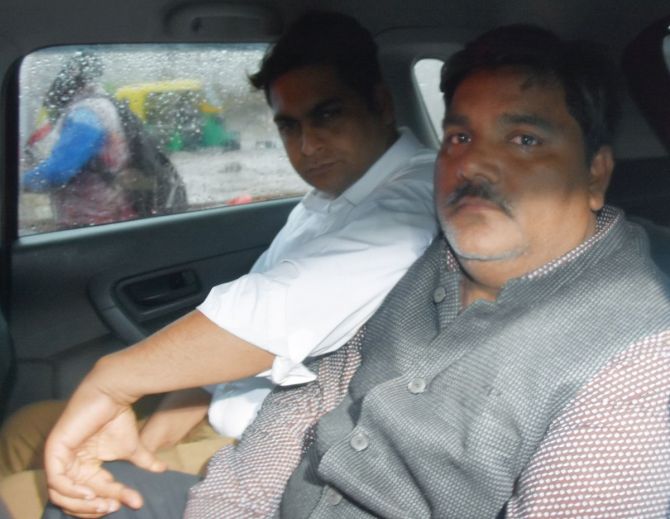 The central probe agency had arrested Hussain last week and a local court on August 28 sent him to ED custody for six days.

The agency on Monday brought him to its office here from Tihar jail for interrogation.

Hussain, the agency said, has been 'arrested in connection with ongoing PMLA investigation into his role in money laundering and funding of anti-CAA protests and organising riots in north-east Delhi during February, 2020'.

The ED had booked Hussain and others under the Prevention of Money Laundering Act (PMLA) after studying multiple first information reports of the Delhi Police's crime branch to probe the riots.

'Probe revealed that companies owned and controlled by Tahir Hussain and his relatives transferred huge amounts of money to dubious entities and entry operators (people involved in hawala transactions) which was returned by them in cash,' the agency said in a statement.

'The cash received by Tahir Hussain through entry operators was used to fuel the anti-CAA protests and Delhi riots,' it said.

The ED investigation also found 'involvement of Tahir Hussain and his companies in illegal laundering of money in the past too'.

It had raided premises linked to Hussain, his relatives and associates in Delhi, Noida and Greater Noida on June 23.

'The search operations had led to the recovery of incriminating documents and evidences including fake invoices which were used for the fraudulent transfer of money,' the ED said.

Hussain was earlier arrested by the Delhi Police in connection with the riots case in February.

He has also been booked under the Unlawful Activities (Prevention) Act in a conspiracy case related to the riots. He was also arrested in connection with the murder of Intelligence Bureau official Ankit Sharma during the riots.

The riots were preceded by protests that were held in Delhi and other places against the enactment of the CAA.

Communal clashes broke out in northeast Delhi on February 24 after violence between citizenship law supporters and protesters spiralled out of control, leaving at least 53 people dead and around 200 injured.

Hussain was an AAP corporator for ward number 59, under the Mustafabad assembly seat in the national capital. 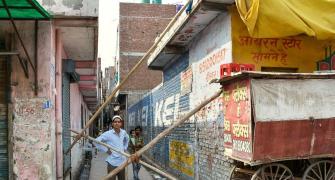