The disengagement process by India and China in eastern Ladakh is 'complete' after nine rounds of diplomatic and military level talks between the two neighbours, Defence Minister Rajnath Singh said in Salem on Sunday as he hit out at Congress for 'doubting' Indian soldiers' bravery. 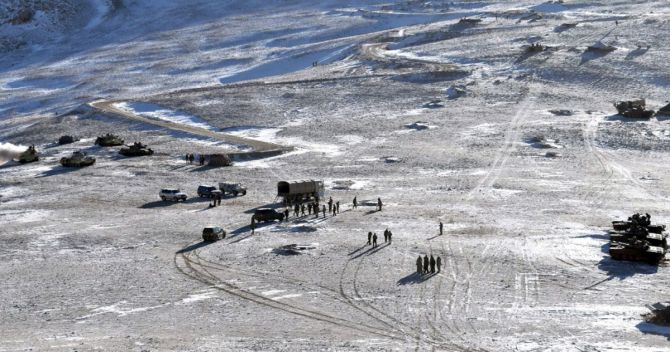 IMAGE: Indian and Chinese troops and tanks disengage from the banks of Pangong lake area in eastern Ladakh where they had been deployed opposite each other for almost ten months. Photograph: PTI Photo

He also lashed out at the Congress and its southern ally Dravida Munnetra Kazhagam for 'creating a controversy' over the Indo-French Rafale fighter jet deal and said the CAG among others had given 'clean chit'.

It had blunted the opposition criticism that "chowkidar chor hai" (the watchman is thief), a barb aimed at Prime Minister Narendra Modi, and rather proved "chowkidar is pure hai," he asserted.

Addressing a state conference of the Bharatiya Janata Yuva Morcha in this town in western Tamil Nadu ahead of the assembly polls likely in the next two months, he pitched strongly for the BJP-AIADMK alliance.

The pair of "lotus and two leaves" alone can bring prosperity to the state, he said, alluding to the respective poll symbols of the BJP and the AIADMK.

Speaking about the border stand-off, the Defence Minister said after nine rounds of diplomatic and military level talks between India and China, a solution had been found, referring to the mutually agreed disengagement process in eastern Ladakh.

Troops and weapons have been withdrawn from the north and south banks of Pangong lake in that area.

"After nine rounds of military and diplomatic dialogue, the disengagement process is complete. But unfortunately the Congress is doubting Indian army's bravery.... isn't it insulting to the soldiers who do the supreme sacrifice," he said.

Twenty Indian army personnel were killed in the Galwan clash with the Chinese troops last year during the face-off.

India will not allow any country to take "unilateral action" on its border and it will pay any cost to thwart such attempts, Singh asserted.

However, the Congress claimed that India had lost territory to its eastern neighbour and tried "defame us", he said.

"Till there is blood and life in this body, nobody can capture an inch of India's land," the Defence minister said.

The government under the leadership of Prime Minister Narendra Modi "has never compromised with country's unity, territorial integrity and sovereignty" and it shall never do so, he declared.

On the Rafale deal, he said the Congress and the DMK tried to stir up a controversy, apparently referring to the pricing, but said the CAG and courts gave clean chit to the government.

This showed that the opposition criticism of Modi, with the refrain "chowkidar chor hai" (the guard is the thief) was blunted and it was proved "chowkidar pure hai" (guard is pure), the Defence Minister added.

The IAF's capability has enhanced with the induction of the state-of-the-art fighter in its arsenal and it can now face any country, he said.

Hailing Modi's handling of COVID-19 as an "incredible and inspiring story", he said India not only succeeded in managing the pandemic but achieved its 'Make in India' goals in developing a vaccine against the contagion.

It also shared the vaccines with other countries in the spirit of 'Vasudeiva kudumbakam,' meaning the world is one family.

While COVID-19 impacted the economy, Modi had ensured due efforts to give impetus to growth, including rural economy, and the predictions showed the country touching double digit growth in 2021-22, he said.

Foreign investment was increasing day-by-day and the stock market had been 'jumping.'

The bourses were not just jumping but 'doing jallikattu' (Tamil Nadu's famed bull taming sport), he said apparently referring to the bullish sentiments in the markets.

He also pointed out at the PM's 'resolve' to double farmers' income and therefore special focus by Modi was being shown in this direction, he said.

The minister also highlighted various initiatives of the Centre in different sectors like drinking water and infrastructure.

Also, corruption has been eliminated to a certain extent and unlike former Prime Minister late Rajiv Gandhi's statement that only 13 paise of Re 1 from government reached the common man, now the entire 100 paise was put into the people's account, the senior BJP leader said.

He also pointed out at various welfare initiatives for Tamil Nadu by the Centre, including an AIIMS in Madurai and increased financial allocation.

The NDA government worked by the ideals professed in Tamil treatise Tirukkural, he said.

On the Sri Lankan Tamils front, he recalled Modi's 2015 visit to Jaffna, the first by an Indian prime minister, to hand over houses built by India to Tamil population and reiterated the Centre's commitment for the well being of
fishermen from Tamil Nadu.

Taking on the Congress and the DMK, he described them as "strange bedfellows" whose common thread was "love of appeasement".

"They are marrying each other but they have no chemistry. Someone said DMK feels Congress is a burden. The only common thread between the two is the love of appeasement," he said.

"The Congress and the DMK model is based on corruption and appeasement. Their model of appeasement politics will weaken Tamil Nadu's social fabric," he said.

The BJP stood for justice for all and appeasement of none.

The party's 'successful' "Vetrivel Yatra" in the state has shaken the DMK and Congress, he claimed, and expressed confidence the people will reject the combine.

BJYM chief and Lok Sabha MP from Karnataka, Tejasvi Surya, also lashed out at the DMK, calling it "anti-Tamil". 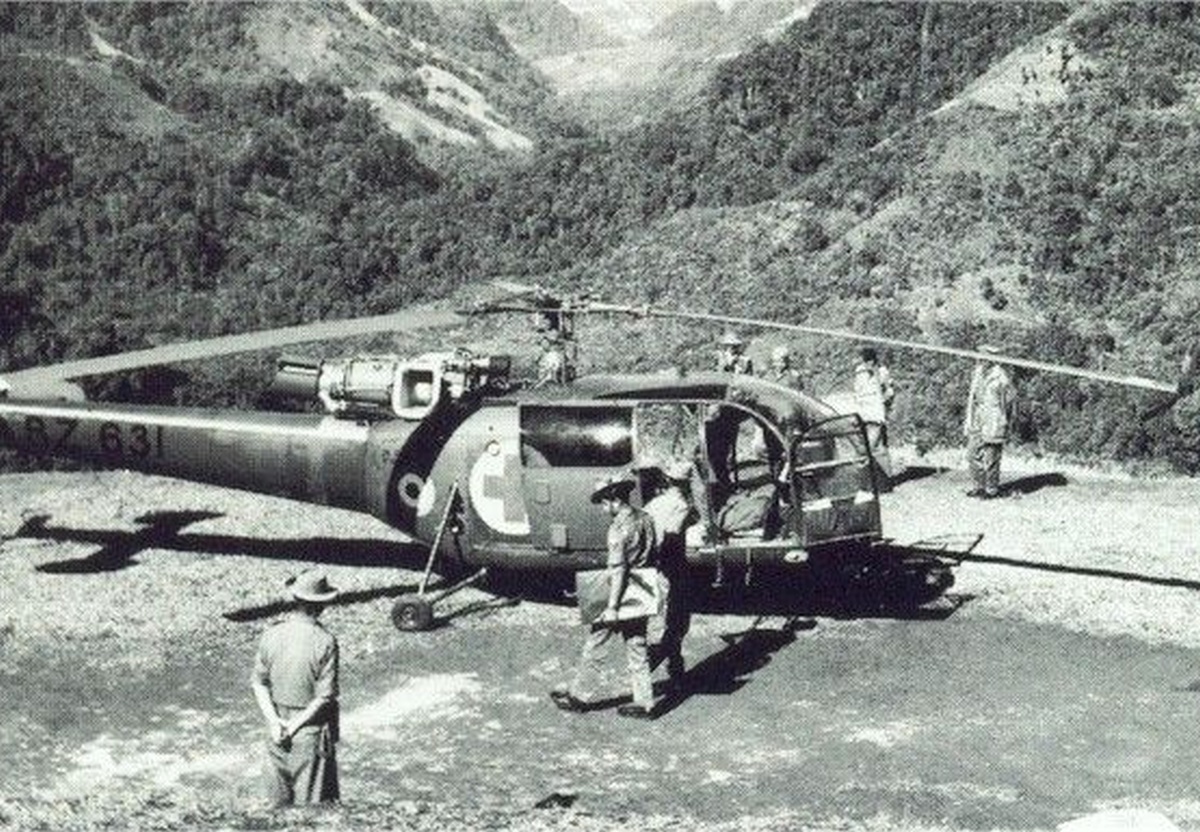