IMAGE: Kalaripayattu performed during the festival. All photographs: ANI Photo IMAGE: During a demonstration of Punjab's Gatka martial arts, a performer spits fire. IMAGE: A performer lies on a bed of nails during a demonstration of Punjab's Gatka martial arts. 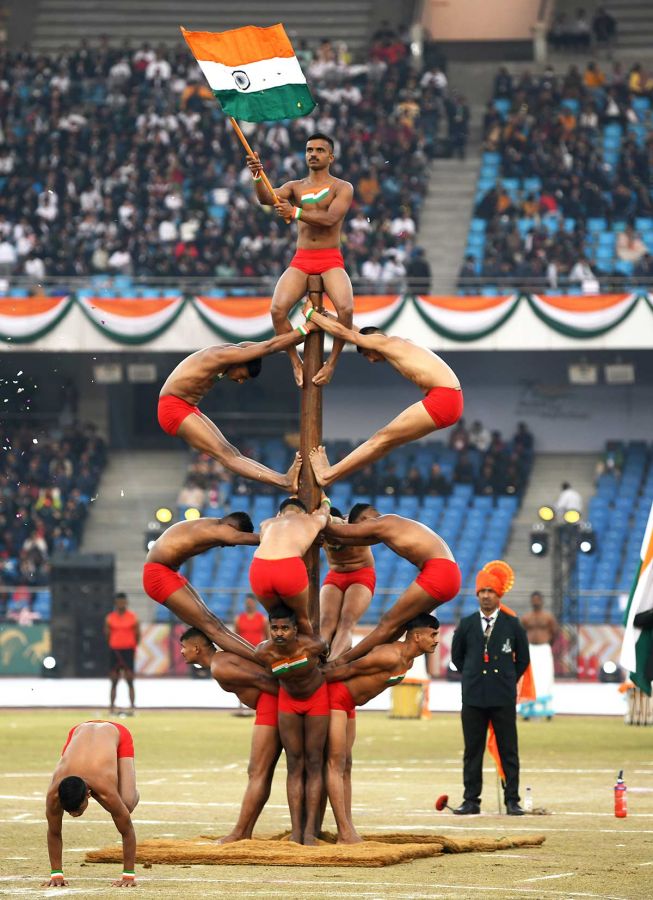 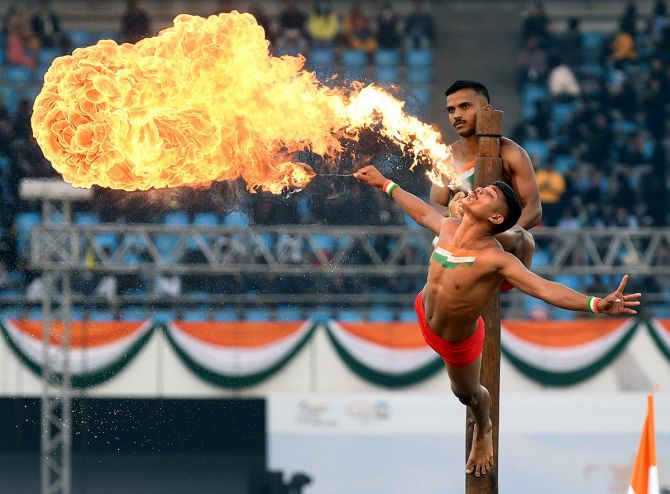 IMAGE: Another fire-spewing act, this time during a Mallakhamb display. 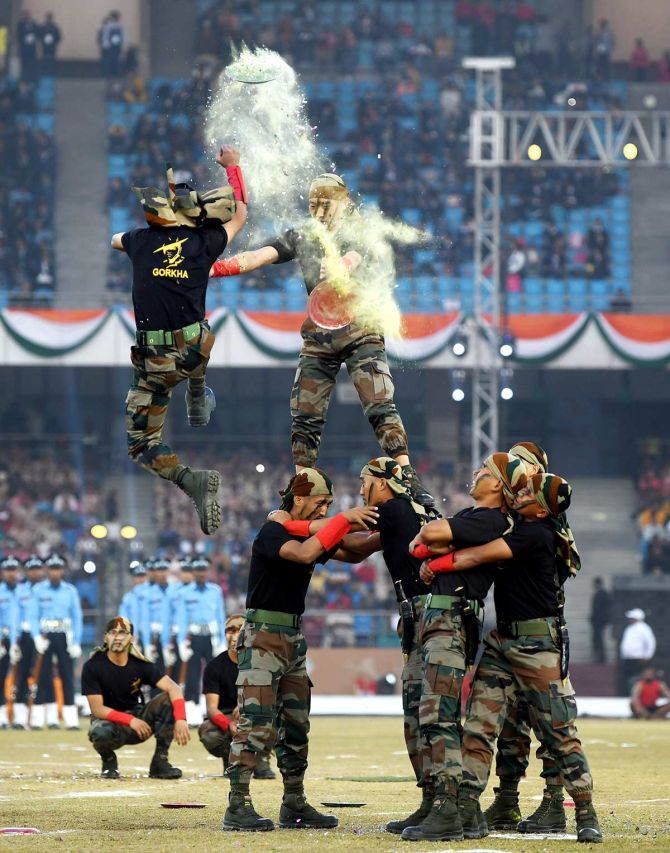 IMAGE: Soldiers from the Gorkha Regiment in action. 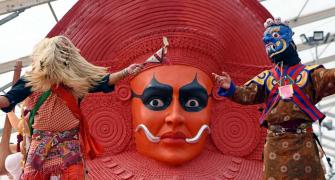 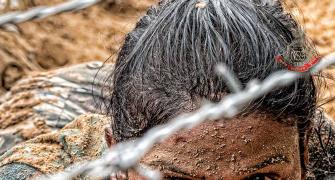 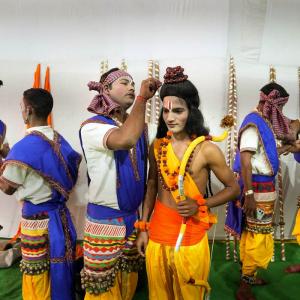 Artistes Get Ready For Republic Day