The Congress disciplinary committee on Tuesday recommended the suspension of its former Punjab unit chief Sunil Jakhar for two years and his removal from all party posts, besides recommending removal of Kerala leader KV Thomas from all party positions for anti-party activities, sources said. The disciplinary panel of the Congress, which met in New Delhi on Tuesday morning, also recommended the suspension of five party MLAs in Meghalaya who had supported the ruling Meghalaya Democratic Alliance in the state, while defying the party directives.

The committee has given its recommendations to Congress president Sonia Gandhi, who will take necessary action, the sources pointed out.

Ambika Soni was not present during the meeting.

Ahead of the Congress disciplinary committee meeting, Jakhar had said those who still have a conscience will be punished.

"Aaj, sar kalam honge unke jinme abhi zameer baaki hai (today, those with a conscience will be beheaded). (My apologies to Javed Akhtar Saheb)," said Jakhar in a tweet.

Jakhar had criticised former chief minister Charanjit Singh Channi and termed him a liability for the party after the Congress lost to the Aam Aadmi Party in Punjab.

Thomas had attended a seminar organised by the Communist Party of India-Marxist on April 9 in Kerala against the party's wishes and local state leaders had been seeking action against him.

Shortly after the Congress disciplinary panel recommended his two-year suspension on Tuesday, Jakhar wished his party 'good luck' while refusing to reveal his own plans.

“I wish the Congress good luck,” Jakhar said when reporters sought his reaction to the disciplinary committee's recommendation. He refused to comment when asked what would be his next step.

Sources said the five Congress MLAs in Meghalaya had joined the BJP-backed ruling alliance in the state, for which a show-cause notice was sent to them and an explanation sought from them.

The legislators had joined the MDA in February, which brought the two arch foes together in a ruling coalition, and left Congress leaders in the state fuming.

The committee, which met Tuesday morning in Delhi, gave its recommendations to party president Sonia Gandhi, who will take the necessary action.

The party disciplinary committee had on April 11 given a show-cause notice to Jakhar for alleged anti-party activities and sought a reply within a week. But he chose not to reply.

Some party leaders, including former minister Raj Kumar Verka, had also demanded action against Jakhar, accusing him of using objectionable language against Channi and the Scheduled Caste community during a TV interview.

But Jakhar had rejected the charge, saying his remarks were twisted out of context.

He had also expressed regret if anybody was hurt by his comments.

He had earlier created a flutter claiming that 42 MLAs wanted him to be the chief minister and only two backed Channi after the unceremonious exit of Amarinder Singh last year.

He was among the frontrunners for the CM's post after Amarinder Singh was unseated by the party.

Earlier, Jakhar was replaced by Navjot Singh Sidhu as the Punjab Congress president.

His chances of becoming the CM were scuttled after party veteran Ambika Soni said the Congress should go with a Sikh face in Punjab. 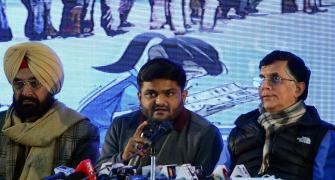 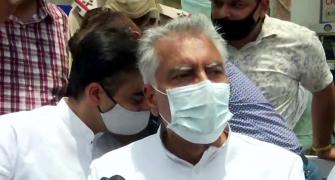 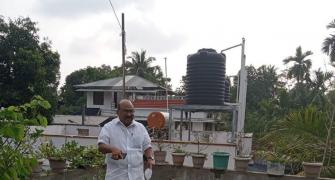 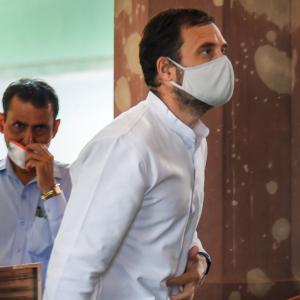 Azad may meet Sonia on Friday amid G-23 parleys