The border clash between Indian and Chinese soldiers in Ladakh broke the brittle quiet -- and also the sense of security for anxious Chinese nationals in India who fear a backlash with anti-Chinese sentiment spiralling in the country. On Wednesday, a day after news of the high altitude violent face-off in eastern Ladakh's Galwan Valley and amid rising talk of boycotting Chinese goods on WhatsApp and other social media, the undercurrent of tension was evident.

Wary of being identified, some said they had been reassured by their friends but were still apprehensive for themselves and their families.

Adding to their anxiety was news of protests.

A group of ex-armymen gathered near the Chinese embassy to protest the killing of 20 Indian Army personnel in Ladakh's Galwan Valley.

And another group of around 10 protesters belonging to the Swadeshi Jagaran Manch protested near the Teen Murti roundabout in Central Delhi.

"They (Chinese families) don't want to speak to the media. They are not going out and are worried about their security and well being. Their families are also worried back home," Mohammed Saqib, secretary general of the India China Economic & Cultural Council, told PTI.

He added that Chinese nationals who are friends with him have been calling him since news of the conflict -- the worst military confrontation in five decades -- and expressed concern over growing anti-China sentiments.

A Chinese national from Beijing working in Gurgaon for a Chinese mobile firm first refused to talk, saying he does not want to speak to the media and later shared his thoughts only on condition of anonymity.

"There is talk of border standoff and tensions, but we know Indians are very warm people and that is why I have told my family that all is fine here and they should not worry," he said.

Another Chinese national working in Gurgaon said he and his family are feeling the stress amid the spiralling conflict between India and China, but there many friends have been reassuring him.

"They (Chinese in India) are under a lot of stress naturally. Such a conflict puts a lot of stress as they could bear the brunt and the same applies to Indians in China," B R Deepak, professor at the Centre for Chinese and South East Asian Studies of the Jawaharlal Nehru University, told PTI.

He said it was unfortunate that at the time the two countries were gearing to celebrate 70 years of establishment of diplomatic ties, the border standoff derailed the commemorative programmes aimed at strengthening ties.

Experts also feel the border clash is likely to have a significant negative impact on the economic and people to people ties.

There are scores of Chinese in India working in various Chinese firms and also those who are studying in universities like JNU.

About 3,000 Chinese people, doing business or studying in big cities in India, were stranded in India at the start of the COVID-19 crisis, and about half of them returned to China before the lockdown began on March 25.

Efforts were on from the Chinese to evacuate the rest.

The Chinese Embassy in New Delhi announced on May 25 that they will arrange for five flights run by the China Southern Airlines, China Eastern Airlines and Air China to bring students, tourists and businesspersons to five Chinese cities, including Shanghai and Guangzhou.

"It will impact the psychology of the Chinese here. There are 2,000 Chinese firms in various sectors in India which are going to be impacted," Deepak said.

Future investments from the Chinese side could also be impacted, he said.

Also, as far as people-to-people contacts are concerned, the number of Chinese students choosing India as a preferred destination is likely to go down, Deepak said.

Alka Acharya, another China expert, said there are two kinds of impacts of such an incident -- short term and medium term.

Usually after the initial nationalistic reaction in the short term things tend to normalise in the medium term, but with such a border clash happening for the first time in decades clearly the resonance would be much more in both India and China, said Acharya, professor at the Centre for East Asian Studies, School of International Studies, in JNU.

"Due to the impact of the COVID-19 crisis on the economy, whether India can take a hardline in terms of economics towards China, is a tricky question," she said.

In the immediate context, there may be a dip in economic ties with calls for boycott of Chinese goods and services, Acharya told PTI.

The manner in which this crisis is resolved will affect how ties will be affected in the medium term, she said.

20 Indian Army personnel, including a colonel, were killed in the clash with Chinese troops in eastern Ladakh's Galwan Valley on Monday night, the biggest military confrontation in over five decades that significantly escalated the already volatile border standoff between the two countries.

The casualties on the Chinese side are not yet known.

However, government sources, citing an American intelligence report, claimed the total number of soldiers killed and seriously wounded could be 35. 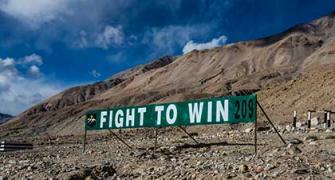 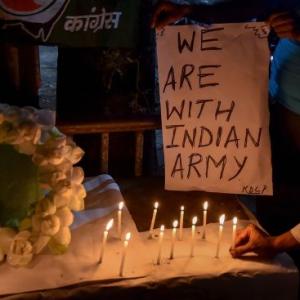