A surveillance post set up by the Chinese Army on a narrow mountain trail in violation of an agreement was the trigger for the high altitude border clash in eastern Ladakh's Galwan Valley in which at least 20 Indian soldiers were killed, people familiar with the matter said on Wednesday. 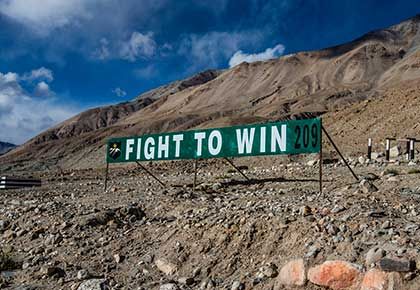 Indian troops, commanded by the late Col B Santosh Babu, strongly objected to the post on the Indian side of the Line of Actual Control (LAC) on the southern banks of the Galwan river and attempted to remove it on Monday evening, sources in the know said, recapping the events leading to the biggest military confrontation between the two neighbours in five decades.

A small group of Chinese personnel present at the camp reacted angrily to the objections of the Indian Army's patrolling team but soon retreated to the Chinese side of the LAC.

They returned shortly after with more troops, wearing protective gear and armed with stones, nail-studded sticks, iron rods and clubs, and confronted the Indian personnel.

At that point, the Indian soldiers had also been joined by additional troops and were attempting to remove the temporary structure, those familiar with the matter said.

The clash that followed went on for several hours on the vertiginous heights of eastern Ladakh with Chinese soldiers brutally attacking the Indians, they said.

One portion of the road caved in following which some Indian and Chinese soldiers fell into the Galwan river, they said.

The LAC goes over the Galwan river in the area.

Babu and 19 other Indian Army personnel were killed in the fight on the steep heights.

It is learnt that initially a number of Indians were captured by the Chinese side but were released later.

The Indian side also retaliated strongly, but the casualties on the Chinese side are not yet known.

However, government sources, citing an American intelligence report, claimed the total number of soldiers killed and seriously wounded could be 35.

The broad decision to disengage at Galwan Valley was taken at talks between Lt Gen Harinder Singh, general officer commanding of the Leh-based 14 Corps, and Commander of the Tibet Military District, Maj Gen Liu Lin, on June 6.

The meeting was followed by two rounds of major general-level talks, the sources said.

The final modalities for disengagement were drawn up at a major general-level meeting on Friday under which both sides were to retreat for at least two kilometres from their existing position in Galwan Valley.

The following day, on Saturday, Indian Army Chief General M M Naravane said in Dehradun that both armies are 'disengaging' in a phased manner beginning from Galwan Valley and the situation in the region is under control.

In its statement on Tuesday, the Ministry of External Affairs blamed the Chinese side for the clash, saying it departed from the consensus to respect the LAC in Galwan Valley.

"On the late-evening and night of 15th June, 2020 a violent face-off happened as a result of an attempt by the Chinese side to unilaterally change the status quo there," it said.

The MEA said both sides suffered casualties that could have been avoided had the agreement reached at the higher level been scrupulously followed by the Chinese side.

It also said India is very clear that all its activities are always within the Indian side of the LAC.

It is the biggest confrontation between the two militaries after their 1967 clashes in Nathu La in 1967 when India lost around 80 soldiers while over 300 Chinese army personnel were killed in the confrontation.

The two armies have been engaged in a standoff in Galwan and several other areas of the eastern Ladakh since May 5 when the two sides clashed on the banks of the Pangong Tso.

After the standoff began, the Indian military leadership decided that Indian troops will adopt a firm approach in dealing with the aggressive posturing by the Chinese troops in all disputed areas of Pangong Tso, Galwan Valley, Demchok and Daulat Beg Oldie, the sources said.

The Chinese Army has been gradually ramping up its strategic reserves in its rear bases near the LAC by rushing in artillery guns, infantry combat vehicles and heavy military equipment

The road in the Finger area in Pangong Tso is considered crucial for India to carry out patrols. India has already decided not to stall any border infrastructure projects in eastern Ladakh in view of Chinese protests.

The situation in the area deteriorated after around 250 Chinese and Indian soldiers faced off on May 5 and 6. The incident in Pangong Tso was followed by a similar incident in north Sikkim on May 9. 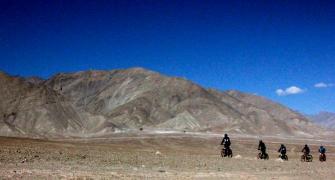 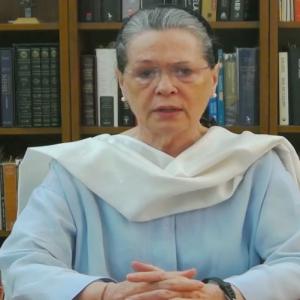 PM should tell how China occupied our territory: Sonia