'In South Asia, unlike Southeast, East, or Central Asia, there is a natural hegemon: India. China cannot cast it aside easily' Amidst the Chinese incursion into Indian territories in Ladakh, an influential United States think-tank has said that China's "immediate goal" in South Asia is to limit any "defiance" from India and hinder its burgeoning partnership with the US.

The report titled A Global Survey of US-China Competition in the Coronavirus Era by the Hudson Institute also noted that China's deep partnership with Pakistan and close relationship with Sri Lanka are critical to Beijing's plans for dominating the region.

South Asia is key to China's larger strategic objective to challenge US' pre-eminence in the Gulf and the western Indian Ocean, said the report released this week.

The study looks at how China's attempts to "exploit the pandemic for political, strategic, and economic gain" around the world.

The segment on South Asia titled China's Thrust into South Asia: Considerations for US Policy argues that China's "immediate goal" in South Asia is "to limit any defiance from the world's largest democracy, India, and hinder its burgeoning partnership with the United States".

According to the report, the real counter to China in South Asia is India.

"In South Asia, unlike Southeast, East, or Central Asia, there is a natural hegemon: India. China cannot cast it aside easily," it said.

"India has traditionally viewed China as an equal, rather than a superior, and has been wary of Beijing's aims and suspicious of China's advances into its periphery. To this day, an ongoing territorial dispute with China mars relations. All of this creates a competitive rather than collaborative dynamic," the report said.

However, for that India would need the support and assistance of allies like the US and Japan, it argued.

If the US wants India to play the role of regional security provider, and the US would like to "restructure" global supply chains and reduce dependence on China, then helping boost India's economic and military capabilities would be critical.

American and Japanese companies relocating from China may wish to consider the strategic benefits of India, the report noted.

The report's South Asia section authors -- Indian-origin research scholar Dr Aparna Pande and Pakistan's former Ambassador to the US Husain Haqqani -- argued that the economic devastation caused by the pandemic has created an opportunity for China "to buy influence under the pretense of supporting its regional partners".

India on Wednesday took strong exception to China claiming sovereignty over the Galwan Valley in eastern Ladakh, saying its "exaggerated and untenable claims" are contrary to the understanding reached on the issue between the two sides.

Ministry of external affairs spokesperson Anurag Srivastava's response came after China claimed that the Galwan Valley in eastern Ladakh is a part of its territory.

On Monday night, 20 Indian Army personnel, including a colonel, were killed in a clash with Chinese troops in the Galwan Valley.

The clash is the biggest confrontation between the two militaries after their clashes in Nathu La in 1967 when India lost around 80 soldiers while over 300 Chinese army personnel were killed.

According to the Hudson Institute report that closely examines India, Pakistan and Sri Lanka, it is crucial that the US and its allies consider offering Sri Lanka a low-interest alternative to China's politicised debt. A small but workable application of money could make all the difference.

In the case of Pakistan, Haqqani noted that Islamabad is Beijing's closest ally in South Asia, and unlike Colombo, has fallen into China's arms with eyes wide open.

While the US and its allies may try to pull Pakistan away from China, that attempt, according to Haqqani, may be based more on hope than reality. 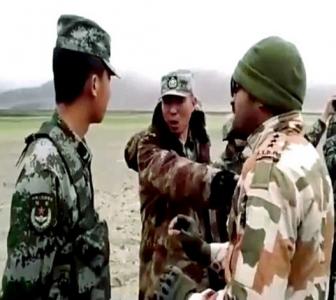