China on Friday expressed deep "shock" over the Pulwama terror attack carried out by a Jaish suicide bomber but did not give an assurance to India that it will back New Delhi's appeal to list the United Nations-proscribed Pakistan-based terror group's chief Masood Azhar as a global terrorist. 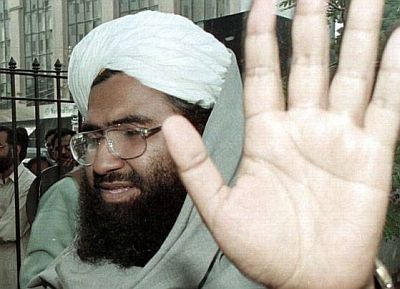 "China has noted the reports of suicide terrorist attack. We are deeply shocked by this attack. We express deep condolences and sympathy to the injured and bereaved families," spokesman of the Chinese Foreign Ministry Geng Shuang told a media briefing in Beijing.

"We firmly oppose and strongly condemn all forms of terrorism. We hope relevant regional countries will cooperate to cope with the threat of terrorism and jointly uphold regional peace and stability," Geng said.

"JeM has been included in the Security Council terrorism sanctions list. China will continue to handle the relevant sanctions issue in a constructive and responsible manner," Geng said in an apparent reference to External Affairs Ministry's appeal to all members of the UN Security Council to list Azhar as a global terrorist.

China, a veto-wielding member of the UNSC and a close ally of Pakistan, has consistently blocked moves first by India and later by the US, the UK and France to designate Azhar as a global terrorist by the 1267 Committee by putting technical holds.

Asked whether China would be re-looking at the issue in view of the positive momentum in bilateral relations generated by last year's Wuhan summit between Prime Minister Narendra Modi and Chinese President Xi Jinping, Geng said: "JeM as an organisation has been included in the sanctions list of the Security Council.

"As to the listing of an individual, we have always upheld an earnest, responsible and professional manner. We always acted in accordance with the requirement of the situation. We will continue to maintain close communication with India and relevant parties on this issue".

India on Thursday slammed Pakistan over the Pulwama terror attack carried out by JeM and asked the neighbouring country to stop supporting terrorists and dismantle terror infrastructure operating from its soil.

India also strongly reiterated its appeal to all members of the international community to support the proposal to list terrorists, including JeM chief Azhar, as a designated terrorist under the 1267 Sanctions Committee of the UN Security Council, and to ban terrorist organisations operating from territories controlled by Pakistan.