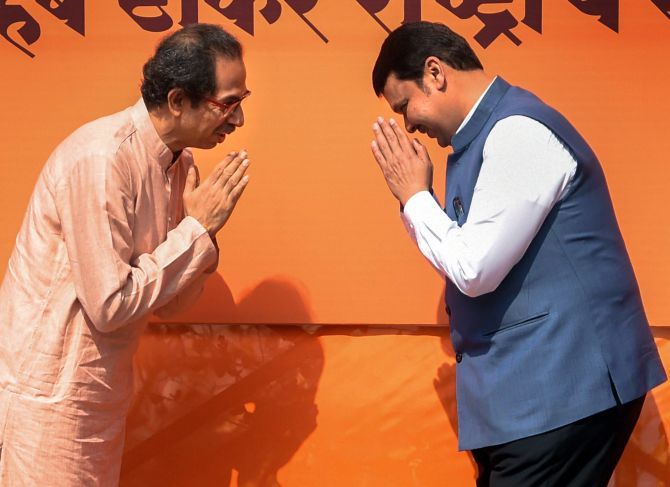 A statement issued Patil and senior Shiv Sena leader Subhash Desai later said the Republican Party of India (A), Rashtriya Samaj Paksh, Shiv Sangram Sanghatna and Rayat Kranti Sena will be the other partners of the 'Mahayuti' (grand alliance).

The development comes a day after Thackeray handed out mandatory A-B forms -- a form which mentions the official party candidate -- to his party's candidates, including to son Aaditya Thackeray.

Aaditya Thackeray will become the first Thackeray to contest an election. He said on Monday that he will contest the Worli assembly segment in Mumbai.