Prime Minister Narendra Modi's Bharatiya Janata Party on Thursday posted a historic victory in Gujarat, winning 150 seats and leading in another 6 in the 182-member state assembly. 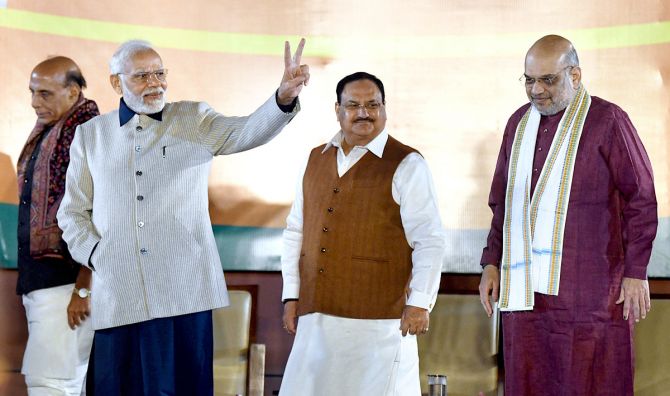 The Congress party finished second, winning 17 seats, while the Aam Aadmi Party that made its debut with a high-decibel campaign won 5 seats. Independents won three seats and the Samajwadi Party picked up one.

The BJP improved its vote share to 53 per cent from 49 per cent last time, while the Congress party's vote share fell sharply from 42 per cent to 27 per cent, as a good chunk of its voters appeared to have switched to AAP, which secured 13 per cent of the votes counted.

The BJP not only beat its best showing till date - 127 seats in 2002, but also surpassed the record set by the Congress party in 1985, when it won 149 seats under the leadership of late Madhavsinh Solanki.

In winning a seventh term, the BJP also matched the Left Front's feat in West Bengal.

Commenting on the results, Modi said: “Gujarat's love for BJP despite it being in power for 25 years is unprecedented, they have broken all records, written history.”

Crediting Modi with the party's stupendous performance, Gujarat Chief Minister Bhupendra Patel said the people of Gujarat had reposed their faith in him.

"If the masses of Gujarat have elected the BJP, then we will have live up to their expectations,” said Patel, who is expected to continue as CM, secured a second straight win from Ghatlodia in Ahmedabad with a margin of more than 1.9 lakh.

The BJP has not lost an election in Gujarat since 1995. Thursday's big win will be a huge morale boost for the party, said Sanjay Kumar at the New Delhi-based Centre for the Study of Developing Societies. "It will enthuse BJP's rank and file, and reinforce the impression that the party will win the 2024 Lok Sabha elections," Kumar said. 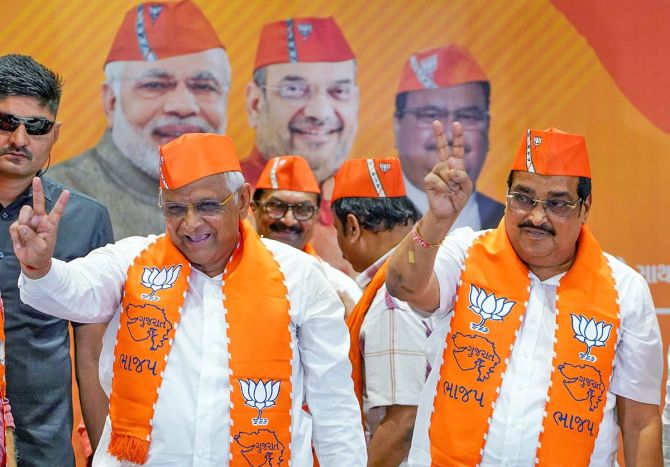 Although the Modi government is struggling with rising inflation, slowing growth and joblessness, the economic troubles appeared to have had no impact on BJP's popularity in Gujarat.

That said, the results of the two-phase elections, held earlier this month, were watched more for the performance of the Congress and the Aam Aadmi Party (AAP), both locked in a battle to grab the status of the main opposition party in the state.

While the Congress was not expected to replicate its creditable performance of the last assembly elections in 2017, the trends showed the party's electoral prospects in the state had been hurt by the AAP more than was feared.

The party's silent campaign seems to have failed to cut ice with the electorate. The party focused mostly on door-to-door canvassing for votes as its leader Rahul Gandhi, who had aggressively campaigned in the 2017 elections, chose to stay away to focus on the Bharat Jodo Yatra -- so did other senior leaders of the party.

On the other hand, it remains to be seen if the AAP's performance in these elections would help its leader Arvind Kejriwal cement his place as a key challenger to Prime Minister Narendra Modi in parliamentary elections due in 2024.

For the AAP, which carried out a high-decibel campaign, the elections in Gujarat have also paved the way to become a pan-national party.

While the contest in Gujarat has traditionally been between the BJP and Congress, it turned three-cornered this time with the entry of the AAP.

Several BJP MLAs were among those who won, including Purnesh Modi, Kanubhai Desai, Hardik Patel and Home Minister Harsh Sanghvi.

Several state leaders of the Congress party, including its former leader of opposition Paresh Dhanani in Amreli, lost.

However, its senior-most leader in the state, Arjun Modhwadia comfortably won from Porbandar, while firebrand Dalit leader Jignesh Mevani reversed early losses to win from Vadgam. 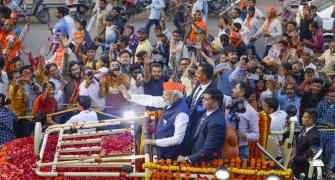 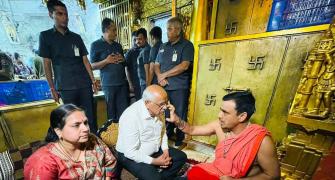 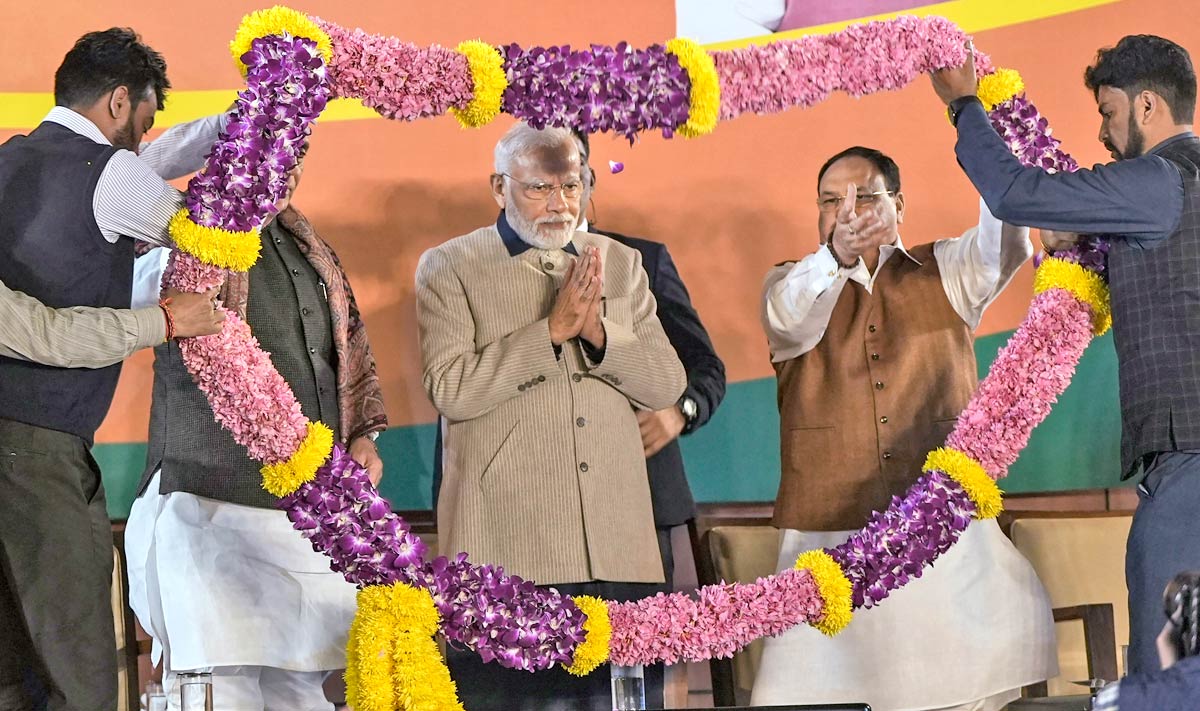 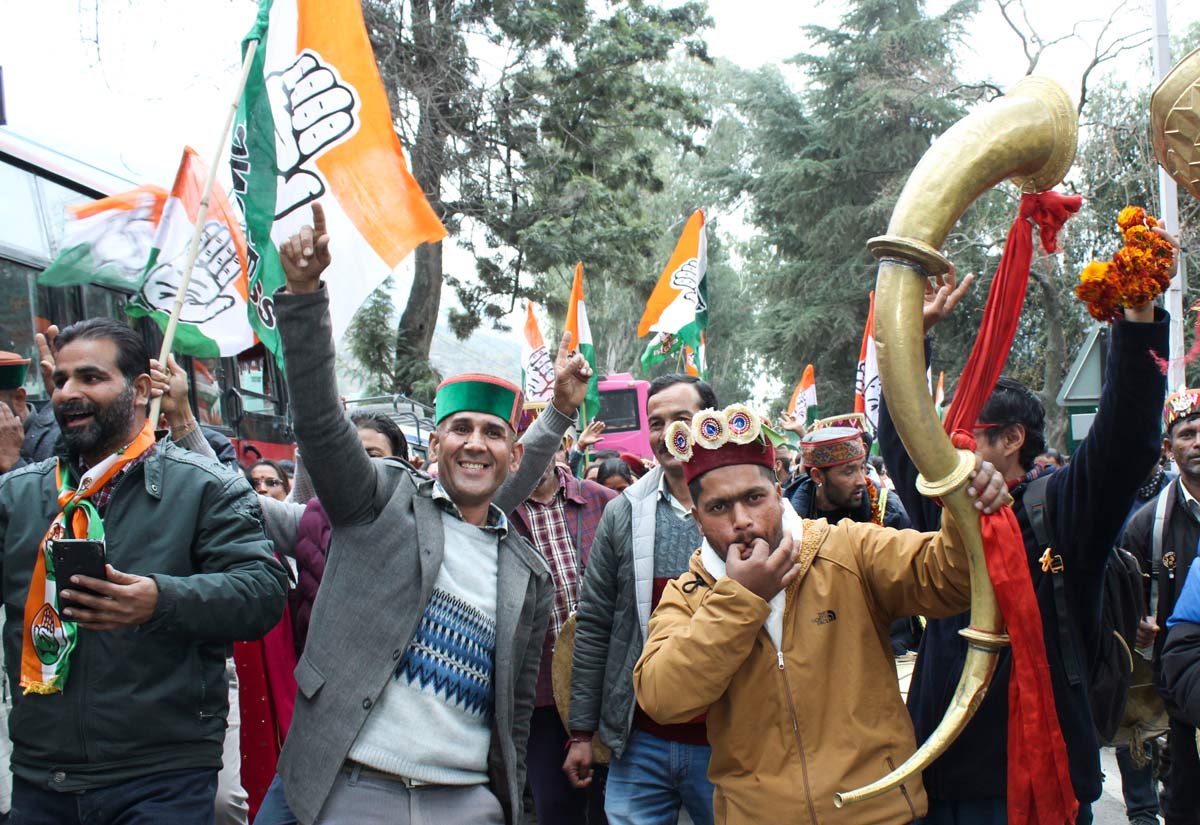