When there is a ban on exit polls, prediction of poll results in the media by astrologers, tarot readers and analysts is a violation of the electoral law, the Election Commission said on Thursday. The EC's advisory, re-issued ahead of the three-phase elections in Bihar beginning later this month, asked the media, both electronic and print, to 'refrain' from airing and publishing such programmes during the prohibited period to ensure free, fair and transparent polls.

The advisory was first issued on March 30, 2017 in which the poll watchdog cited Section 126A of the Representation of the People Act.

The provision states that 'no person shall conduct any exit poll and publish or publicise by means of the print and electronic media or disseminate in any other manner, whatsoever, the result of any exit poll during such period as may be notified by the Election Commission....'

The March 2017 advisory was issued keeping in mind the Commission's experience during the elections to the assemblies of Uttar Pradesh, Uttarakhand, Punjab, Goa and Manipur.

'The Commission is of the view that prediction of results of elections in any form or manner by way of predictions etc. by Astrologers, Tarot Readers, Political Analysts or by any persons during the prohibited period is violation of the spirit of Section 126A of the RP Act, 1951 which aims to prevent the electors of constituencies still going to polls from being influenced in their voting by such predictions about the prospects of the various political parties,' the advisory issued Thursday said.

It said the media (both electronic and print) is advised not to publish or publicise any such article or programme related to the dissemination of results, during the prohibited period between 7 am on 28 October, 2020 (Wednesday) and 6.30 pm on 7 November, 2020 (Saturday) during the Bihar elections 'to ensure free and fair elections'.

Elections in Bihar will be held on October 28, November 3 and November 7. 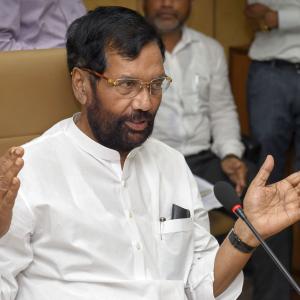