Babus can be assessed on past performances; Centre tweaks rule 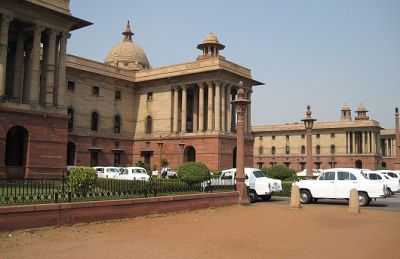 Delayed submission of employees confidential report will not be a hindrance for promotion and they will be assessed on the basis of overall record and self-assessment of the year, the Centre has said.

The Appointments Committee of Cabinet while considering a proposal for appointment of Chairman-cum-Managing Director in a public sector undertaking has observed that non-adherence to stipulated time lines in finalising Annual Performance Appraisal Reports is a recurrent problem in all sectors of the government.

“Sometimes, it is the assesses who do not submit their self appraisals in time and sometimes the delay is due to reporting, reviewing or accepting authorities not adhering to the time-lines. Often cases of undated appraisal or comments are noticed and possibility of back dating can also not be ruled out," the Department of Personnel and Training said in an order.

The ACC has directed the Department of Public Enterprise (for Central Public Sector Enterprises), Department of Financial Services (for public sector banks, financial institutions and insurance companies) and all cadre controlling authorities (for Central Civil Services in respect of cadres controlled by them) to change rules in this regard and add a new provision.

It is suggested that the DPE, DFS and other cadre controlling authorities may also introduce online filing of APAR, the DoPT said, citing ACC's direction.

The DoPT has asked all cadre controlling authorities to comply with the new provisions and send an action taken report to it in this regard.