The head of the Ram temple trust, Mahant Nritya Gopal Das, 80, tested positive for COVID-19 on Thursday and was rushed to the Medanta hospital in Gurgaon, officials said. 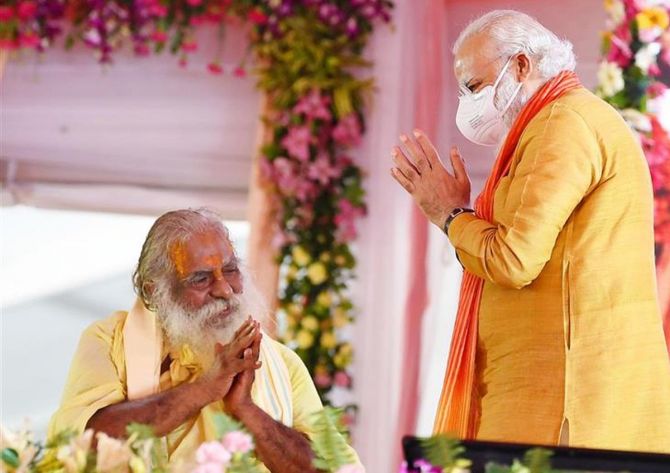 According to the officials, Das was rushed to the Gurgaon hospital on instructions from Uttar Pradesh Chief Minister Yogi Adityanath.

"A team of doctors tested him for COVID-19 after the district administration was informed in the morning that he was feeling uneasy," Mathura District Magistrate (DM) Sarvagya Ram Mishra said.

He added that the process to identify those who had come in contact with Das in the recent past has started.

Adityanath has spoken to Mishra as also to Dr Naresh Trehan, the chairman and managing director of the Medanta hospital, and requested for immediate medical attention to Das, the officials said.

He had performed the 'abhishek' of the deity at the Bhagwat Bhavan from 11 pm to 1 am, Gopeshwar Nath Chaturvedi, a member of the Sri Krishna Janmasthan Seva Sansthan, said, adding that till then, he had not complained about his health. 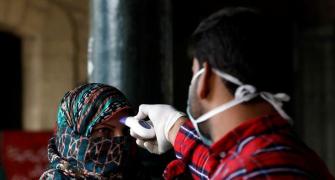