Rashtriya Swayamsevak Sangh chief Mohan Bhagwat on Tuesday said the fear of losing land and jobs among people of Jammu and Kashmir after abrogation of Article 370 provisions should be allayed and asserted that putting an end to the region's special status will help integrate Kashmiris with rest of the country. 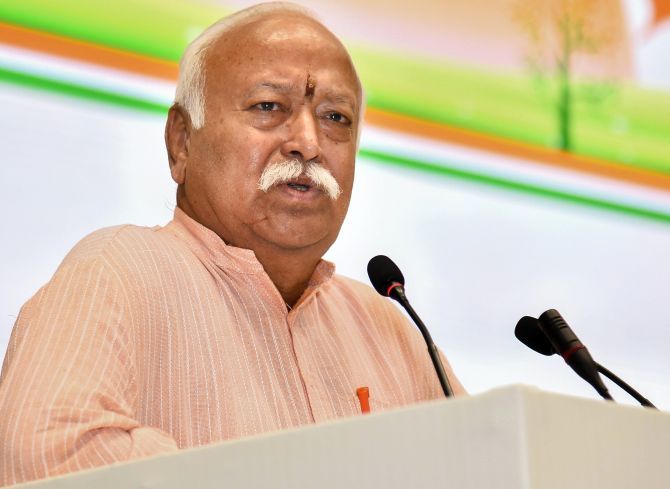 According to sources, while interacting with journalists representing foreign media, he claimed that Kashmiris were earlier "alienated" but the repeal of the provisions of Article 370 will remove the barriers that existed between them and the rest of the nation.

The RSS, in a statement, said, "This interaction was part of the continuous process where the 'Sarsanghchalak' (chief) engages in constructive dialogue with people from different walks of the society."

About apprehensions of Kashmiris that the move on Article 370 will lead to "outsiders" buying their land, Bhagwat is learnt to have said, "Whatever fears they have about losing land and jobs should be allayed."

On the issue of National Register of Citizens in Assam, he said it's not about expelling people but about identifying the citizens.

"There is no place for Hindus in the world except India," sources said quoting him.

Asked about homosexuality, an issue on which the view of the Hindutva organisation has evolved over time, Bhagwat said it's a "variation" and not an "abnormality".

"They should be treated as equal human beings and integrated into society," the RSS chief said.

About incidents of mob lynching, Bhagwat said the RSS condemns all forms of violence and its volunteers should try to stop such incidents.

"If a swayamsevak is found guilty, we will disown him and law should follow its own course," he said.

Bhagwat, under whose stewardship the RSS has opened up comparatively, also told foreign journalists that his organisation will never be a political body and "the Hindutva it espouses is about unity in diversity".

With the organisation being the ideological fountainhead of the ruling Bharatiya Janata Party, many critics accuse that the RSS of being a political organisation, despite its assertions to the contrary.

To a question about economy which has seen a slowdown, Bhagwat said that there was "no policy paralysis" since Narendra Modi became prime minister but added that the RSS is not an expert on the issue, sources said.

The interaction lasted for around two-and-a-half hours.

It started with brief introduction given by Bhagwat, followed by a question-and-answer session covering a wide range of issues across the spectrum, according to the statement by the RSS.

Around 80 journalists representing more than 50 organisations and hailing from 30 countries attended the interaction, it said. 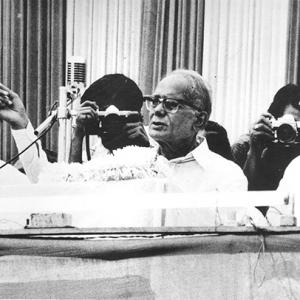 How JP helped the RSS 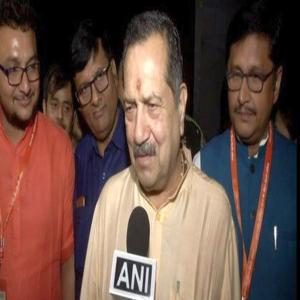 Pakistan can get split into 5-6 parts: RSS leader