'The world is silent because your rhetoric is dishonest and rings hollow,' says former RA&W officer Tilak Devasher. On August 5 India made Constitutional changes in Jammu and Kashmir and the entire structure of Pakistan's nationalism built around Kashmir over the past seven decades came crashing down. Ever since Islamabad has been scampering around to find a narrative that could resonate both domestically and internationally.

Of late, one element in the narrative has gained prominence, which is alleging that Muslims face threat in India due to the policies of the Indian government. This is an insidious attempt to try and dent the secular fabric of the country and needs to be understood and guarded against.

Prime Minister Imran Khan is leading the charge supported by other elements of the ruling elite and the media. The thrust is two-fold: Dubbing the abrogation of Article 370 as the demise of secularism in India and attack on the rights of minorities; and linking the ruling Bharatiya Janata Party and Rashtriya Swayamsevak Sangh while labelling the latter as a Hindu supremacist group motivated with the Nazi philosophy.

A few examples would suffice:

In his address in Muzaffarabad on August 14, Imran Khan said, 'RSS is inspired by the ideology of Hitler's Nazi Party. They believe in racial superiority of the Hindu community. This ideology hates Muslims and Christians. They want to commit ethnic cleansing of Muslims in India.'

On August 18, Imran Khan tweeted, 'The Hindu supremacist Modi govt. poses a threat to Pakistan as well as to the minorities in India and in fact to the very fabric of Nehru and Gandhi's India.'

In his address to the nation on August 26, Imran Khan stated, 'The message (India) gave on August 5 was that Hindustan belongs to Hindus only and all others are second-class citizens.'

In an August 30 tweet, Imran Khan stated, 'Modi govt's ethnic cleansing of Muslims should send alarm bells ringing across the world that the illegal annexation of Kashmir is part of a wider policy to target Muslims.'

While addressing a gathering in Houston, Texas, via video link on September 1, Imran Khan stated that the RSS believed in the racial supremacy of the Hindu civilisation and the ethnic cleansing of Muslims from India. He further said that while Muslims had no rights in this new India, other religious groups were not spared either. He also alleged that 'The (Indian) government wants to change the demography (of Jammu and Kashmir); turning a Muslim majority province into a Muslim minority province by bringing in settlers.'

Addressing the concluding session of three-day International Sikh Convention in Lahore Imran Khan said on September 2 that the BJP was pursuing the very ideology that Hindus were superior to other communities, which had led to the creation of Pakistan.

Speaking in a seminar on September 3, Foreign Minister Shah Mahmood Qureshi said, 'The greatest challenge for our foreign policy today is how to stand up to Hindutva ideology...'

Minister for Railways Sheikh Rashid Ahmad chipped in by claiming on August 31 that Muslims in India were made second-class citizens. He added that '"Hitler Modi" in fact wanted to crush the Muslims living across India'.

Fawad Hussain, federal minister for science and technology tweeted on August 23: 'Under #Modi world is witnessing #HinduTalibanization of India.'

How could the army stay behind? Director General ISPR Major General Asif Ghafoor said in a press conference on September 4 that 'PM Modi and the RSS were followers of Hitler's philosophy and the atrocities in occupied Kashmir reflected this mindset. 'They endanger minorities including Muslims and Dalits,' he said.

The media, too, has not been far behind. Thus, in an editorial on September 02, 2019 titled 'Marginalising Muslims in India', The Express Tribune held that 'Since assuming power in 2014, the BJP government has meticulously schemed to oppress the Muslim minority community across India... If not stopped now, the Modi regime will very soon, make religion an eligibility criterion for Indian citizenship which by default will marginalise Muslims...'

Not to be left behind, The Nation in an editorial titled 'No More Appeasement' on September 2 held that 'Apart from its atrocities in Kashmir.., India is now attempting ethnic cleansing in Assam as well... It is a coordinated hateful campaign against minorities and Muslims.'

Unfortunately for Imran Khan and Pakistan, 'The bubble of an Islamic ummah has burst,' as veteran PPP leader Raza Rabbani so aptly put it. The Islamic countries have not supported Imran Khan's false rhetoric about Muslim persecution in India. To the contrary, those like the UAE have actually conferred the highest honour of their land on PM Modi.

Imran Khan perhaps realises the hollowness of his own propaganda. That is why, out of frustration, he asked in a tweet why was the world silent when India's violation of all international laws was obvious and was the international community's humanity dead when Muslims were being persecuted.

No, Mr Khan, the world is silent because Muslims are not being persecuted for being Muslims.

The world is silent because your rhetoric is dishonest and rings hollow; because you are shedding crocodile tears about the demise of Indian secularism and complaining about India's treatment of its minorities is a false narrative; because your narrative pales in comparison to the kind of institutionalised discrimination against minorities in your Islamic Republic; because of the forced conversion of young underage, helpless Hindu, Sikh and Christian girls in Pakistan -- 31 of them were abducted and forcibly converted in the last three months alone; because in India, irrespective of what you may claim, secularism is safe, sound and very much alive.

So Mr Khan, the sooner you get used to the new reality of Jammu and Kashmir, the earlier you find a new nationalist narrative for Pakistan and claw back from the brink of being a weakening pariah State held hostage for seven decades to its futile quest for the holy grail of Kashmir, the better it would be for you and for Pakistan.

Tilak Devasher is a member of the National Security Advisory Board and a former special secretary, Cabinet Secretariat, Government of India.
ANI's disclaimer: The views expressed in this column are strictly those of the author. 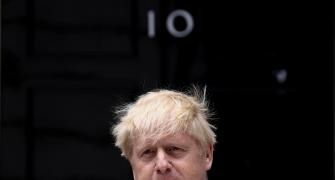 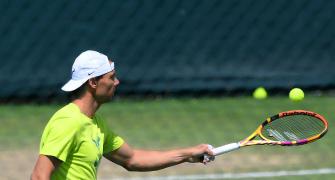