News
Business
Movies
Sports
Cricket
Get Ahead
Money Tips
Shopping
Sign in  |  Create a Rediffmail account
Rediff.com  » News » Archaeologist B B Lal, who unearthed Ram Temple at Ayodhya, passes away

Archaeologist B B Lal, who unearthed Ram Temple at Ayodhya, passes away

Veteran archaeologist and Padma Vibhushan awardee B B Lal died on Saturday aged 101. 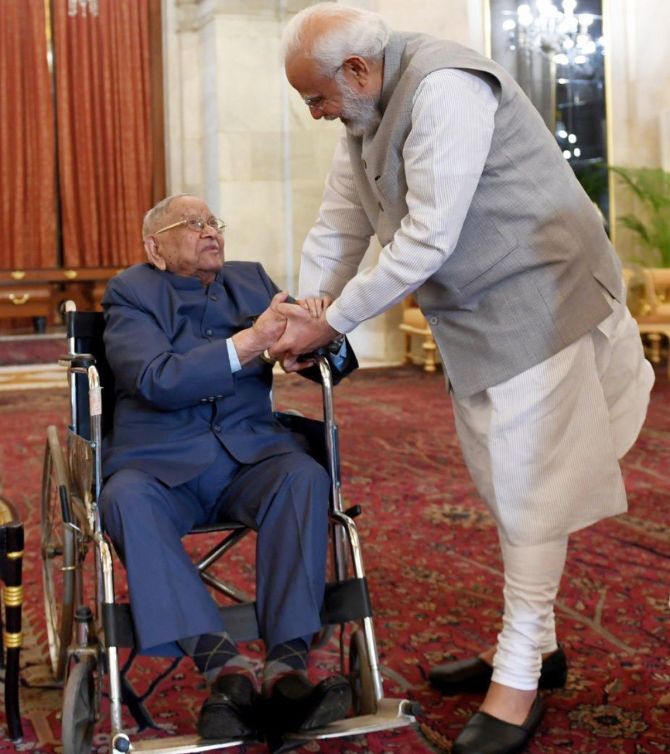 Prime Minister Narendra Modi paid rich tributes, saying he will be remembered as a great intellectual who "deepened our connect with our rich past".

Lal served as the director general of the Archaeological Survey of India from 1968 to 1972.

He had reportedly found temple-like pillars during excavation at the Ayodhya site in the mid-70s, where the Ram temple is now being built.

Modi paid homage to him and tweeted: "Shri B B Lal was an outstanding personality. His contributions to culture and archaeology are unparalleled. He will be remembered as a great intellectual who deepened our connect with our rich past. Pained by his demise. My thoughts are with his family and friends. Om Shanti."

Prof B B Lal, as he was fondly addressed, was one of the youngest directors general of ASI, and left an extraordinary legacy behind.

Former Additional Director General of ASI, B R Mani was among several scholars and senior officials of ASI who attended Lal's funeral at Lodhi crematorium in Delhi.

"He was a tall figure and a veteran archaeologist. He was my teacher and mentored four generations. I met his family members to express my condolences. His son told me that he died Saturday around 8:40 am at his home in Hauz Khas," Mani told PTI.

Asked about the excavation in Ayodhya which Lal led, he said, "The site was near Babri Masjid. It took place in the mid-1970s, but no report was made on it."

Officials said he had served as one of the youngest directors general of the ASI.

Union Culture Minister G Kishan Reddy also paid tribute to the noted archaeologist and tweeted that the country "has lost one of the brightest minds". He said Lal contributed significantly to India's archaeological excavations and endeavours and trained archaeologists for over four decades.

A senior official said, "At ASI, we are all saddened by his departure. He mentored more than four generations of scholars and produced outstanding work in the discipline."

The ASI in a tweet, said: "The contribution of Padma Vibhushan Prof B B Lal in Archaeology is beyond measure. A doyen in his field, he devoted his entire 101-year life to the subject. He may be gone but his work lives on and will continue to teach and influence generations to come. Our homage to the great soul." 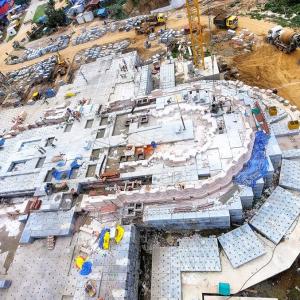