Amarnath flash floods not due to cloudburst: IMD

The India Meteorological Department has said the deaths and destruction near the Amarnath cave shrine in south Kashmir were due to a highly localised rain event and not due to a cloudburst. 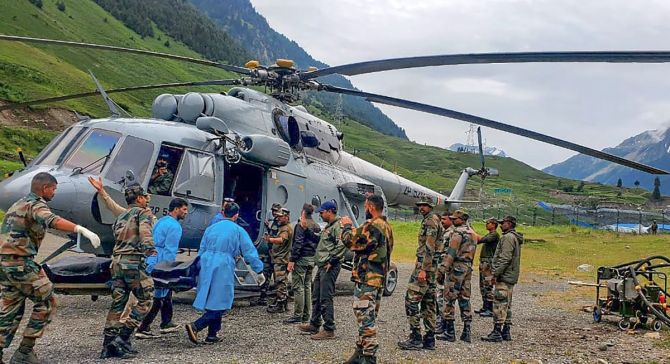 IMAGE: Indian Air Force has pressed its transport and helicopter assets into service for rescue and relief operations at cloudburst affected areas near the Amarnath shrine. Photograph: PTI Photo

According to weather scientists, the shrine reported 31 mm of rainfall between 4.30 pm and 6.30 pm on Friday, which is quite low to be categorised as a cloudburst.

"The flash floods could have been triggered due to rainfall in the higher reaches of the mountains near the Amarnath cave shrine," IMD Director General Mrutyunjay Mohapatra told PTI.

According to the IMD, a rain event is categorised as a cloudburst if a weather station receives 100 mm of rain in one hour.

The IMD has an automatic weather station near the Amarnath cave shrine which provides weather forecasts during the pilgrimage. However, the surrounding mountains do not have any weather monitoring stations due to their inaccessibility.

At least 16 people were killed and tents and community kitchens near the shrine were swamped with mud and rocks that came hurtling down with a gush of water after a spell of rain on Friday evening.

"It was a highly localised cloud only over the holy cave. Such rain had happened earlier this year as well," said Sonam Lotus, Director of the Regional Meteorological Centre in Srinagar.

The region above the Amarnath cave shrine received 28 mm of rainfall between 5.30 pm and 6.30 pm, a scientist from the IMD said.

Weather scientists said it was very difficult to predict cloudbursts due to their very small scale in space and time.

To monitor or issue nowcast, a dense radar network over the cloudburst-prone areas is required or one needs to have very high-resolution weather forecasting models to resolve the scale of such events. 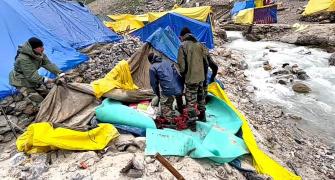 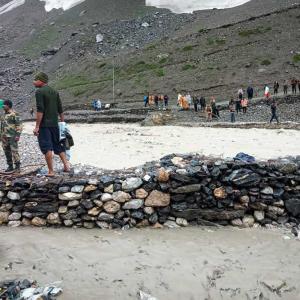 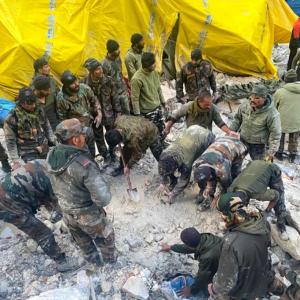