The All India Anna Dravida Munnetra Kazhagam’s dominant Edappadi K Palaniswami (EPS) faction on Friday asserted that the system of dual leadership that vested powers on coordinator O Panneerselvam (OPS) and joint coordinator EPS ceased to be in force, a day after the general council stood firm on the single leadership demand. The assertion makes it clear that the EPS faction is determined to move forward and make EPS the numero uno on July 11, when the general council, the party's top decision making body, is scheduled to meet again.

Speaking to reporters, senior leader and EPS loyalist C Ve Shanmugam said that amendments related to the top two party posts that were made to its by-laws on December 1, 2021, were not ratified by the general council, which met on June 23, 2022.

Last year, the party's by-laws were tweaked to retain and further strengthen the dual system of leadership, favouring OPS and EPS. After the by-laws were amended, OPS and EPS were declared elected unopposed as coordinator and co-coordinator.

Shanmugam said such amendments made it mandatory that the nominees to the two top posts of coordinator and joint coordinator should be elected by the party's primary members through a single vote.

These amendments were effected by way of adoption of a resolution at the executive committee meet held at the party headquarters last year.

However, since these amendments related to the top two party posts were not recognised and endorsed by the general council on Thursday, the top two positions have now become defunct, he said.

Hence, OPS is no longer the coordinator and EPS ceases to be the joint-coordinator and the party would be run by office-bearers as per AIADMK by-laws.

The duo continue to hold on to their other posts of treasurer (OPS) and headquarters secretary (EPS) only, Shanmugam, a former state law minister said extensively quoting from the party's rule book.

He hit out at DMK president and Chief Minister M K Stalin for mocking his party over infighting saying such differences had surfaced in all political outfits.

While the AIADMK is a democratic force, the DMK followed 'dynasty politics', he said.

Shanmugam, seeking to rebut the accusations made by Vaithilingam on Thursday, said the general council meeting was held as per norms and 'it is valid'.

On a claim that no attendance register was maintained for GC members, he said the register in question pertained to only resolutions accepted or rejected by members.

He said party organisation elections were completed according to the norms and as per requirement, the Election Commission was intimated and the election of the presidium chairman was the only thing that was pending and it was taken up by the GC.

The election of Tamil Magan Hussain as presidium chairman (PC), was valid as the norms say that the PC should be elected by the GC, Shanmugam said, adding that the "PC was elected unanimously".

The rejection of 23 draft resolutions by the GC did not violate the June 23 directives of the Madras high court, the former law minister further said.

The PC is within his powers to convene the GC on July 11 as he acted on the signed representations made by as many as 2,190 GC members (out of the total 2,665) to convene the general council again to elect a single, supreme leader. Hence, convening the GC meet again is also valid, he said hitting out at Vaithilingam.

Shanmugam slammed Panneerselvam for breaking the party in 2017 and blocking the two-leaves symbol, and claimed that OPS was given 'general amnesty' by the party and taken back then. 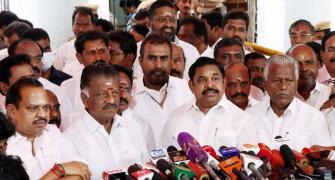 Ahead of AIADMK meet, OPS says 'dharma will win' 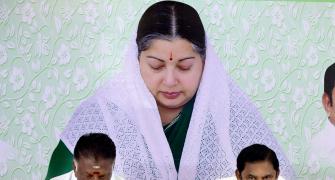 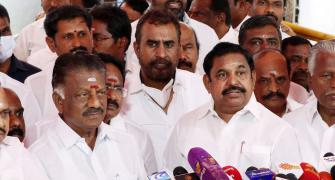 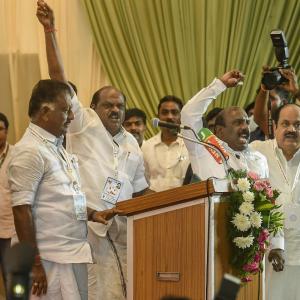 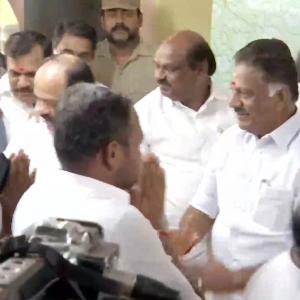