With the Madras high court's green signal for its crucial general council meeting in Chennai on Thursday, the stage is set for the All India Anna Dravida Munnetra Kazhagam to possibly enable another leadership change in its ranks, with the single leadership chorus in favour of joint coordinator K Palaniswami growing louder over the past few days. 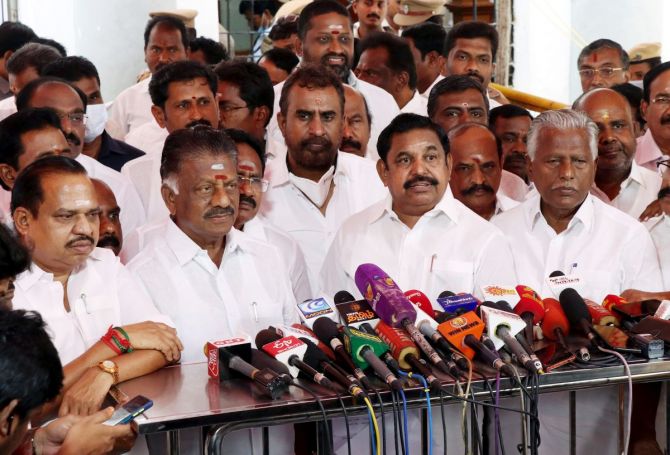 In a cryptic tweet indicating that he has resigned to the fact that the odds are stacked against him, party coordinator O Panneerselvam said "Dharma will triumph again."

The general council, the party's highest decision-making body, and the executive council will be held here amid high expectations, and also a suspense over the participation of Panneerselvam himself, although both leaders had earlier jointly decided to convene the meeting on Thursday.

However, at a recent party meet, the single leadership topic came up, with calls for Palaniswami to take over the mantle gaining steam, even as the former chief minister saw a swelling support over the days with even some OPS aides switching camps.

In 2017, the party had done away with the post of the powerful General Secretary, held by the late J Jayalalithaa till her death in 2016, and introduced the coordinator and joint coordinator posts, resulting in dual leadership under which the party faced the 2019 Lok Sabha polls as well as last year's assembly elections and the civic polls.

Following the internal rumblings, Panneerselvam had written to Palaniswami urging deferring the general council meet, with the issue also reaching the court.

However, the Madras high court ruled against the plea.

Earlier in the day, Panneerselvam tweeted that 'Dharma will win again' while the Madras high court was hearing arguments for and against (EPS--Edapady K Palaniswami and OPS factions, respectively) the permissibility of making leadership change in the crucial meeting.

Late party matriarch, J Jayalalithaa was declared AIADMK's eternal general secretary in 2017 to honour her memory and the party had announced then that no one else would be brought to that position.

OPS's 'Dharma' remark appeared to be an indication that he has started reconciling himself to the fact that, as of now, his rival EPS has an upper hand in the party and that Panneerselvam would do whatever it takes to reclaim his rightful position in the party.

Panneerselvam, expressing anguish over a supporter attempting self-immolation, appealed to cadres to not resort to any extreme measures such as this.

He quoted a popular Tamil phrase, which could be roughly translated as "Dharma may be engulfed by a cunning ploy, but Dharma will eventually win." OPS alleged that an autocratic and unruly attitude prevailed in the AIADMK now, apparently targeting EPS, who had on Tuesday hit out at him.

Without naming OPS explicitly, Palaniswami had said that some individuals were trying to weaken the party.

Responding to Panneerselvam, senior party leader D Jayakumar from the Palaniswami camp denied there was autocracy in the organisation and that it was a democratic one.

He also charged Panneerselvam with committing "mistake after mistake."

Several well-known supporters of OPS like deputy secretary KP Munusamy and former minister K Pandiarajan have switched over to the EPS camp, which has an overwhelming support including that of veterans like Dindigul Srinivasan and KA Sengottaiyan.

Whatever support OPS had, has seen a steady decline right from June 14, when the demand for a single leadership first emerged.

Right now, less than 10 district secretaries out of the total 75 secretaries for party districts and a group of office-bearers including Deputy Secretary R Vaithilingam are backing Panneerselvam, besides sections of ordinary party workers.

In another setback for OPS, police declined to entertain his plea to deny permission to the general and Executive Council meetings slated for Thursday.

Meanwhile, miscreants damaged posters and banners erected at the venue where the party meet is scheduled for Thursday, in an apparent fallout of the leadership issue. 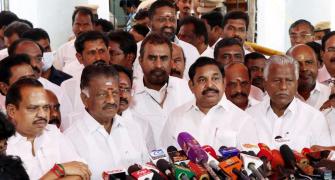 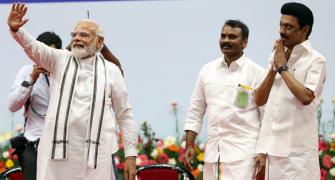 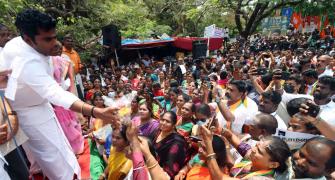 BJP is anti-Tamil, can never grow in TN: AIADMK 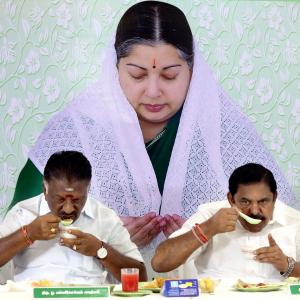 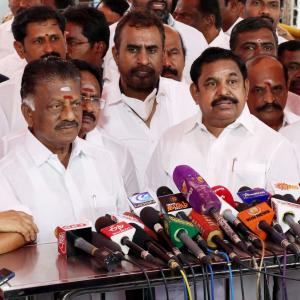