'Afzal Guru's wife was NOT informed'

Professor S A R Geelani, who was arrested in connection with the Parliament attack case but later acquitted by the court, shares his shock with rediff.com’s Vicky Nanjappa over Afzal Guru’s hanging

“It is nothing but sheer 'mobocracy'. Tthe procedure has not been followed.

"It is completely illegal. Under the protocol, they were bound to inform the family. Afzal Guru’s wife, who had filed a mercy petition, is still not aware of what happened. Don’t you think she should have been told about this? A mercy petition is subject to judicial review but nothing of that sort has happened in this case. What was the need to hurry it up like this?

"Afzal Guru was denied a fair trial. This has been proved in his last moments.

"I do not understand the attitude of the government. They have done nothing but play to the gallery. Do you know there is a case pending in the Supreme Court of India? The court has been looking into the delay into this case. Arguments are going on and the matter is pending decision.

"Do you think it was right to hurry up the matter? The due process of law has not been followed. This is nothing but a flawed process.

"Guru’s hanging is surely going to derail peace in Kashmir. There are bound to be issues over there.

"Look at the judgment in this case. He could not afford a good lawyer and the court had appointed a junior lawyer despite protests. The verdict against him was only based on circumstantial evidence. It needed a review. The people of Kashmir know that an unjust trial has been carried out against him and hence there could be a major problems (in the valley).

I cannot speak any more as I need to be with his family, which has been fighting for justice for all these years. 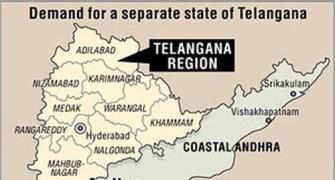 How formation of Telangana will HELP the BJP 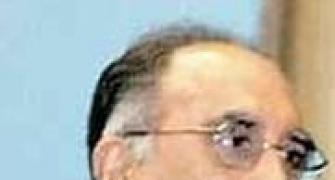