'Modi should arrest Anurag Thakur, Kapil Mishra and Parvesh Varma.'
'These leaders were instigating mobs and spreading hatred and they must be thrown in jail.'
'I had seen dreams of a new India under Modi, but now I am disillusioned with him.' 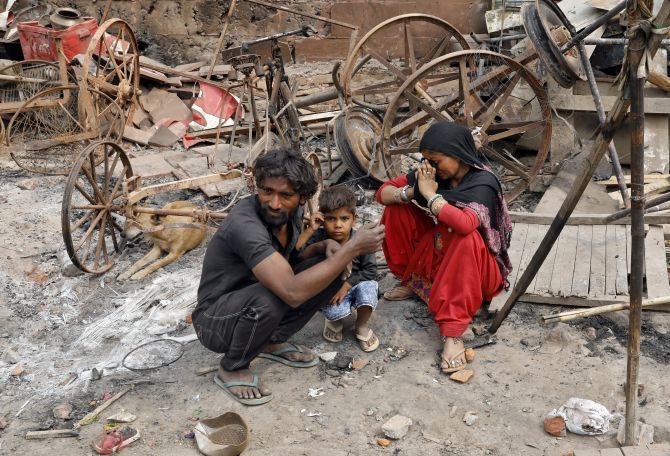 Bengali actor-politician Subhadra Mukherjee, who has worked in Bengali films and television, became the first leader to resign from the Bharatiya Janata Party in the aftermath of the Delhi violence.

Saying she could not be in the same party with leaders like Kapil Mishra and Anurag Thakur, Mukherjee quit the BJP on Friday, February 28, when she sent her resignation to state party chief Dilip Ghosh.

She said she had joined the BJP in 2013 with a lot of "hopes and optimism", but got disenchanted over the recent developments which showed that the "BJP was moving away from its ideology."

Mukherjee said the Delhi violence, which left at least 47 people dead and over 200 injured, was the proverbial last straw.

Speaking to Syed Firdaus Ashraf/Rediff.com, Mukherjee said she was disillusioned with Prime Minister Narendra Damodardas Modi and that the "rule of law was not being respected."

Why did you quit the BJP all of a sudden, that too when the party is growing in West Bengal?

I am not liking this Hindu-Muslim divide in the country. Every time, religion can't be made into an issue in politics.

The Delhi riots was one more jolt to me and then when the government issued the transfer of Delhi high court judge S Muralidhar overnight, I felt it was time to say goodbye to the BJP.

The rule of law is not being respected.

What was the first triggering point for you that made you believe that the BJP wasn't doing the right thing?

When the Citizenship (Amendment) Bill was introduced, I felt good about it as the persecuted minorities of Pakistan, Afghanistan and Bangladesh would be given Indian citizenship.

But later on I felt why 135 crore Indians have to undergo a troublesome process (of NPR and then later NRC). I felt it was not good.

Moreover, they got religion into it and worse, the hatred that is being spread in the name of the NRC.

Kazi Nazrul Islam (the legendary Bengali poet) has written a beautiful poem on the Hindu-Muslim relationship. We feel proud about Rabindranath Tagore's works and today it seems all is lost because of this (the NPR and NRC controversy).

But where will Bangladeshi Hindu refugees go if they are being persecuted in Bangladesh?

Give them place in India for sure, but there has to be some proper way.

The way should not be of that of hatred for Muslims living here in India. Muslims are our brothers and they have stayed here for centuries and you cannot throw them out of our country. 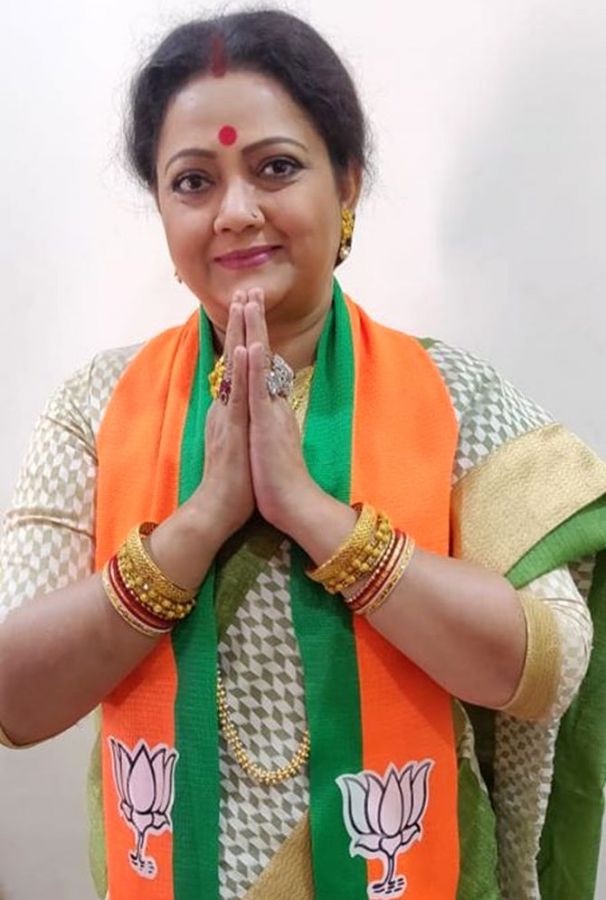 When you joined the BJP, what did you have in mind and what inspired you to join the party?

Modi's vision of an alternate India. I felt he will give a better vision for West Bengal. He showed us all these dreams that were never fulfilled.

But the BJP secured huge numbers in the parliamentary election -- 18 of the 42 seats from West Bengal.

Everybody believed in Modi then and I too believed in him. Look at what is happening to the GDP! It is falling so badly.

Forget Muslims, you see how Dalits are being treated in our country today.

In the Delhi riots, a nine-month-old baby was burnt. Whoever burnt that baby and whichever religion he may belong to, but one thing is sure we as a country are losing our humanity.

We are turning into devils and who is spreading this poison in society?

Yesterday (March 1), you saw how slogans like 'Goli Maaro Saalon Ko' were openly chanted in Kolkata. These things were unheard of earlier in Kolkata.

In my lifetime, I have never seen any party members shouting such slogans with bad intentions. I hope Chief Minister Mamata Banerjee arrests such people. I have heard that some people have been arrested too.

Why didn't you speak to your state party president Dilip Ghosh about these issues rather than just quitting?

He has been given a big post and like him others too are holding good posts in the BJP. Who will listen to small-time workers like us?

Ordinary people are dying and they are not bothered.

Today Delhi is burning, tomorrow our homes can also burn.

What steps should Prime Minister Modi have taken during the Delhi riots?

Modi promised us a better India, but now he has got religion into it.

First, he should arrest these three BJP leaders -- Anurag Thakur, Kapil Mishra and Parvesh Varma. These leaders were instigating mobs and spreading hatred and they must be thrown in jail.

Another person who must be thrown in jail is Waris Pathan of the All India Majlis-e-Ittehadul Muslimeen. He said 15 crore Muslims can easily take on 100 crore Hindus. What kind of language is this?

Those who speak of violence and hatred are roaming openly and not being arrested.

Are you going to join another party now?

I am hurt right now after my relation with the BJP is over. I had seen dreams of a new India under Modi, but now I am disillusioned with him.

However, I will not quit politics forever. I will keep helping poor people and especially people who don't have paper work to prove their citizenship.

Will the CAA issue dent the BJP's popularity in West Bengal?

Yes, it will. The common man does not want riots and uncertainties in his life. 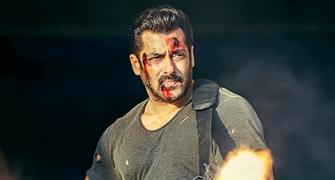