'If the police had imposed curfew when the trouble began, it would have made news, no doubt, that Trump is here and one third of Delhi is under curfew, but at least lives could have been saved.' 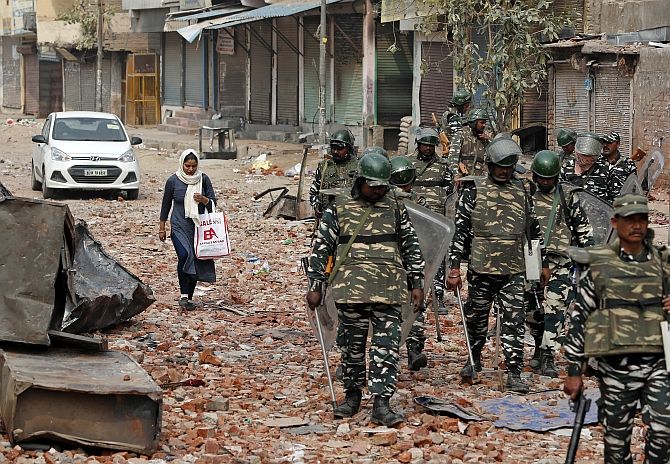 During his tenure in uniform, Mr Rai researched the role of the police during communal strife. His dissertation on combating communal conflict is used as an important handbook on the relationship between the State and minorities.

You have said in the past that no riot can last more than 24 hours unless the State wants it to continue. Why was the Delhi police unable to control the situation in the national capital?

It is the failure of the Delhi police. The Delhi police is under the central government and the shots are called by the home ministry and Home Minister Amit (Anilchandra) Shah.

The Delhi police allowed the build-up at Shaheen Bagh that caused the shutdown of a road used by 500,000 commuters every day.

The BJP thought Shaheen Bagh would help it in the Delhi election, but it did not serve its purpose.

Shaheen Bagh and the Delhi violence validates my thinking that this was allowed to escalate by the ruling party.

(Delhi Chief Minister Arvind) Kejriwal may not be secular in the real sense, but knew that the Muslims had no option and would support him.

He did not go to Shaheen Bagh and did not utter a single word in sympathy with the protestors. Rather, he said if the police was under his control, he would have cleared Shaheen Bagh.

The situation that ensued is an example of the political interference in the working of the Delhi police. The police was not allowed to clear the unlawful and unauthorised dharna.

Interference from the home ministry has crippled the Delhi police, and the police commissioner has proved useless.

Why could the government not have stopped this situation from spiraling out of control considering the violence and arson occurred when the US president was in the city?

The Delhi police must be committed to ensuring the security and stay of the US president.

The last thing the Modi government would have wanted is a situation where the police uses force or imposes a curfew while President Trump was in the city.

Though in the end, the violence and deaths attracted the worst kind of publicity.

If the police had imposed curfew when the trouble began, it would have made news, no doubt, that Trump is here and one third of Delhi is under curfew, but at least lives could have been saved.

This was a result of the lack of decision taking capacity of the Delhi police and political interference.

Surely, the Delhi police must have more resources compared to other states.

Even if there was a shortage of forces because of the commitment to Trump that does not mean that you cannot use the existing force effectively.

The visuals show that the police were outnumbered and helpless.

In a situation where there is a shortage of force, the best move is to impose curfew.

When a curfew is announced, people go inside their houses and this saves a lot of damage.

The home ministry must have thought that there would be no need for a curfew and violence would not escalate until Trump left the country.

This did not happen because the police and home minister did not take professional decisions.

Arvind Kejriwal has asked for the army in the riot-affected areas.

The army is no solution and should not be called.

If they had imposed a curfew, the situation would not have spiraled out of control.

India is not Palestine or Syria that people will defy a curfew.

A lot of the injured have gunshot wounds which is very disturbing. In my experience in civil disturbances the weapons used are knives, sticks or petrol cans -- but the head constable was killed by a gun shot.

The Delhi high court has directed that FIRs should be filed against those who made inciteful comments. What prevented the police from doing this?

The police at times doesn't take action because of political compulsions.

(BJP leader) Kapil Mishra (whose comments are alleged to have sparked off the violence) could have been booked.

Not only him, but all those who tried to block Jafrabad station should also be booked for unauthorised blocking of public space.

What would be the solution for those who want to protest peacefully without impinging on the right of movement of others?

They should have been shifted to a place designated for protest like Jantar Mantar. Allahabad is also having a protest like Shaheen Bagh, but they are not blocking any road. A park in a densely populated Muslim area is being used for the protest.

Protestors sit in public places for attention and publicity which would not be the same if they sat on a dharna in a park.

How should the situation be dealt with?

At least they should not have allowed any other Shaheen Bagh to come up.

What should be done to prevent the situation from deteriorating further?

CCTV footage should be scanned and those instigating and indulging in riots should be booked and not let to go scot free.

You have said before that we are becoming more cruel and less civilised. Why?

You saw a crowd beating a helpless person sitting on the ground. We are becoming more cruel and less civilised.

As a society we have considered more than 50% of our brethren worse than animals because of the caste system. We have treated animals better than human beings.

We gradually set ourselves on the path of getting more civilised. This violence shows we have a long way to go.

Over the last 70 years, we have maybe become a lame democracy. 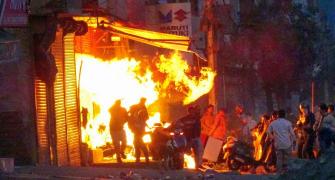 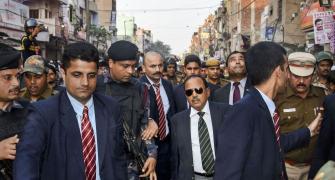 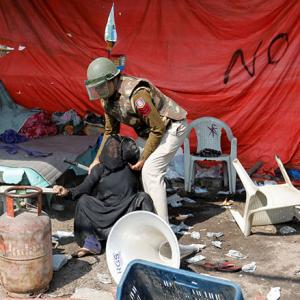