'Right now, politics is operating in a state of suspended animation. That works to Modi's advantage.'

"As the lockdown eases, Prime Minister Modi will seek to shift the burden onto the states. This will put chief ministers in a tight spot," notes Dr Milan Vaishnav, Director and Senior Fellow South Asia Program at the Carnegie Endowment for Peace, a Washington DC-based think-tank.

Dr Vaishnav, below, has focussed his research on India's political economy. His weekly podcast The Grand Tamasha (external link) provides insights on events in Indian politics.

"What surprises me is that this government prides itself on having its finger on the pulse -- certainly better than the Congress of its chief rivals do... And, yet, in this case they completely missed the fear factor that ordinary Indians would experience," Dr Vaishnav tells Rediff.com's Archana Masih. The first of a two-part interview:

How has the Modi government faced up and responded to the COVID-19 crisis?

One has to be cautious here and acknowledge that we are living in unprecedented times and that governments, in India or elsewhere, are operating without a roadmap.

I can fully understand why the government imposed a stringent nationwide lockdown on March 24 even when there were only around 500 known cases of COVID-19 in the country.

The Modi government saw that other, richer, better-prepared countries -- from Italy to the United States and United Kingdom -- tried piecemeal approaches and failed miserably. They were all eventually steamrolled by the pandemic.

Furthermore, given the well-documented weaknesses in India's public health system, it could easily be overwhelmed by the pandemic.

Hindsight is 20:20 of course; it is easy to say they should have adopted a more flexible, decentralised approach that focused on key vectors and vulnerable clusters.

Having said that, I do think the government committed several unforced errors: Announcing a full-scale lockdown with only four hours notice; not clarifying in the PM's nationwide address what activities were exempt and what measures would be taken to assist the most vulnerable; fumbling the response to internal migrants seeking to return home; and not doing enough in its economic response to push demand-side measures. 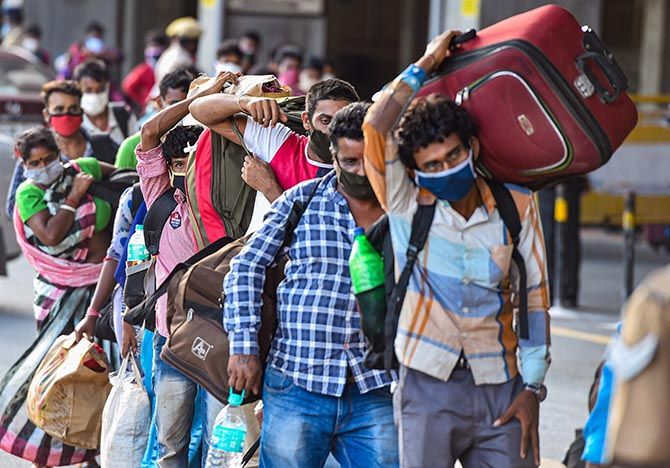 The short notice for the lockdown has been compared to demonetisation by some observers. Do you feel the government did not have a proper plan and did not anticipate this mass exodus?

Many observers have quipped that this government seems to value 'shock and awe' measures. Demonetisation is a good example, Balakot may be another.

I do think the lockdown could have been rolled out in a more measured way and many people argued that at the time.

The government was clearly caught on the backfoot on the migrant issue, but they should not have been.

As the journalist Roshan Kishore has argued, this govermment -- unlike any of its predecessors -- actually devoted a lot of intellectual attention to the migration issue in one of its flagship Economic Surveys produced by then chief economic advisor Arvind Subramanian.

So one has to ask: Why didn't this intellectual work influence or, at least, inform the broader policy response? There are several hypotheses.

First, there's the notion that this government prioritises 'hard work' over 'Harvard' to paraphrase the prime minister. This kind of intellectual analysis is just not digested by the policymaking apparatus.

A second hypothesis is about the centralisation of power we see in this regime; there was next to no consultation with the states in advance of the lockdown.

I am sure that some out-migration states like Bihar and Uttar Pradesh surely would have provided some inputs on the migrant issue.

A third possible hypothesis is an overinflated sense of confidence in India's social safety net.

In surveys we have done in north India, we find impressive amounts of penetration -- even in rural areas -- of this trinity.

However, the last mile implementation and infrastructural issues are severe and we are seeing a lot of that data come out now. IMAGE: Workers travelling from Kerala get off a train on their arrival at Burdwan station in West Bengal, June 4, 2020. Photograph: PTI Photo

Did the government not account for the extent of hardship stranded people would have to endure? What could have been a better way of handling this migrant crisis?

Clearly, there was an under-estimation of the challenge.

To a certain extent, it is not surprising. Placing the economy on ice or in cold storage is not a routine occurrence -- and many people thought it would not go on as long as it did (and still is, in many parts of the country).

What surprises me is that this government prides itself on having its finger on the pulse -- certainly better than the Congress of its chief rivals do. This has allowed it to win not one, but two consecutive parliamentary majorities. They have been able to paint the Opposition as hopelessly out-of-touch.

And, yet, in this case they completely missed the fear factor that ordinary Indians would experience.

It's the same blind spot that felled demonetisation; they simply did not anticipate the level of collusion public sector bank managers would engage in or the ingenuity better-off Indians would muster to deposit their money.

How could they have handled things better?

I'd start with communication. Modi's final address before the lockdown completely omitted the details -- what would remain open, the economic measures the government was taking, etc.

The fact that the prime minister has still not addressed a press conference in six years, even during the midst of a historic pandemic, tells you that the communication apparatus is unfit for the moment.

This is a not a new critique, but the stakes are higher now.

Second, there seems to be limited patience for hearing and truly digesting critiques and criticisms.

From day one of the lockdown, there have been terrific suggestions on what the government should do -- from all corners.

There have been calls to universalise PDS, to privatise MNREGA (to allow workers to work on private farms to be paid with public funds), to release the FCI's food stocks, to establish a new mechanism to coordinate between the center and the states. I think all of these are worthy ideas. 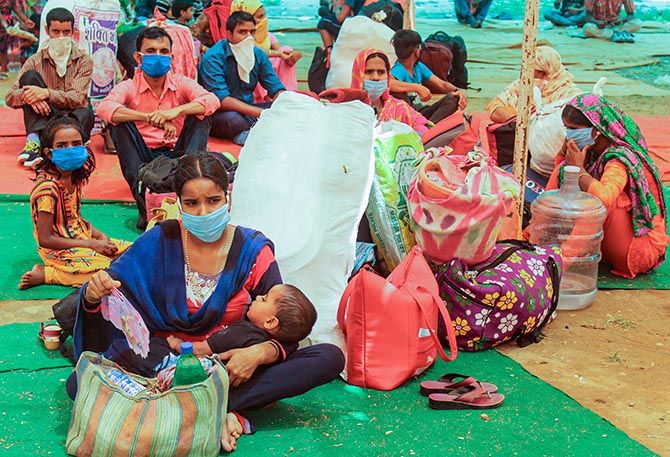 IMAGE: Workers at the Tau Devi Lal stadium in Gurugram wait to board a bus to reach Gurugram railway station. Photograph: PTI Photo

Are the poor bearing the brunt of the fallout compared to the urban middle class? How is that likely to impact Mr Modi politically?

There is no doubt that is true. Everyone is feeling the pinch, but the impacts will be disproportionately felt at the bottom of the pyramid.

India has been a massive success story when it comes to poverty reduction over the past three decades. Sometimes, I feel India does not get enough credit for that achievement.

But, having said that, lifting someone above the poverty line -- $1.90 per day or whatever definition one uses -- does not mean that s/he has 'made it'.

We know how vulnerable such people are to just one economic or health shock that pushes them back into a precarious position.

As to the political impacts, I wish I had a crystal ball. I would not automatically assume that the negative fallout for the poor and lower classes will translate into electoral punishment for the BJP and Prime Minister Modi.

Demonetisation should give us all pause on that front. Remember, two things are still lacking when it comes to the Opposition. They have not developed an effective economic critique. And they have not put out a credible alternative plan.

Until then, as Neelanjan Sircar has pointed out, we are in a world characterised by the politics of vishwas, not vikas.

In such a world, Mr. Modi has a lot of advantages over his rivals. 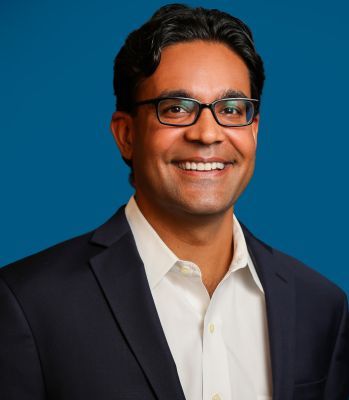 How is the political landscape in India going to be affected by the COVID-19 crisis? Mr Modi has three-and-half years left in this tenure, his popularity continues to remain high. Will he be able to tide over this crisis? Is time on his side?

It is really hard to hazard a guess. As I said before, I think he still retains an advantage nationally.

As the lockdown eases, he will also seek to shift the burden onto the states. This will put chief ministers in a tight spot.

Right now, politics is operating in a state of suspended animation. That works to Mr Modi's advantage, there's no doubt.