'You should raise your voice even at the cost of being called a deshdrohi.'
'This country is built because of the raising of voices of the people and no one can silence such voices.' 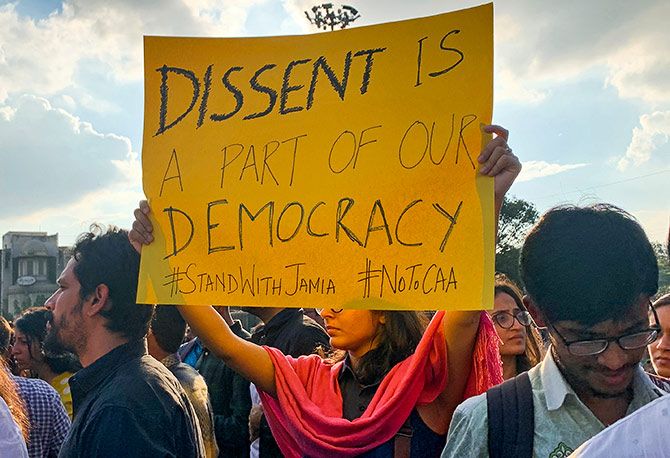 Ever since Kannan Gopinathan resigned from the Indian Administrative Service to register his protest against the abrogation of Article 370 by the Narendra Damodardas Modi government on August 5, 2019, he has extensively toured India to create awareness among the people.

"I never try to preach anything; I just ask questions," he says when asked about his ways of creating awareness about contentious issues like Article 370, the National Register of Citizens process and the Citizenship (Amendment) Act.

The government has been hounding this 2012 batch IAS officer by issuing him memos but not accepting his resignation "so that they can dismiss me without giving any benefits," says the 33-year-old Kannan.

Having travelled through Bihar, Maharashtra, West Bengal, Hyderabad, Haryana, Delhi, Uttar Pradesh, Karnataka, Kerala and Tamil Nadu since August 5, Kannan has been meeting people of "all hues" and refuses to categorise Indians as "trolls, bhakts, sanghis, libtards and sickulars", but labels them as "fellow Indian citizens".

"They may disagree with me; they may mock me; make fun of me; they may attack me; but ultimately they also happen to be citizens of India. I believe we will have to live together and live together happily. Even though we may agree to disagree on many, many, issues we need to engage with everybody. We will have to learn to do that," Kannan tells Rediff.com's Prasanna D Zore in the first of a three part must-read interview:

What's the current status of you being an IAS officer?

The government still thinks I am an IAS officer whereas I don't think I am. They have not accepted my resignation yet.

Have they given any reasons why they haven't accepted it?

No, they have not given any reason. They have sent a memo asking why action should not be taken against me for acting against the government.

Are you facing any kind of harassment from the government?

The government doesn't matter at all.

So, how, how are you spending your time these days?

I am travelling to different places and creating awareness (about government policies that are harmful for India and Indians).

This kind of false equivalence is highly detrimental to the country's interest, the nation's interest because the nation is so much bigger than an individual.

It is not just that people can't criticise (the government); anybody who's questioning the government is immediately questioned.

The other day (Union Home Minister) Amit (Anilchandra) Shah said there is no need to worry (about criticising the government; in response to industrialist Rahul Bajaj's response) but what happened the very next day?

The entire band of government supporters felt that this is our government, we should protect the government and their idea of protecting the government is by attacking the people (Rahul Bajaj, in this case) who asked the question.

Instead, what is happening is they (the government) will look into my past and try to find something, even if it is personal, and then those personal issues are used to silence me.

So, what is happening is if I am raising public opinion on a public issue, the cost of that is being made personal.

When this happens, everybody chooses the easy option of keeping quiet because people think why should I do this and face such problems, let me just continue with my life.

I have been attacked vociferously for what I am doing. But that doesn't matter. That's what I am trying to tell people. 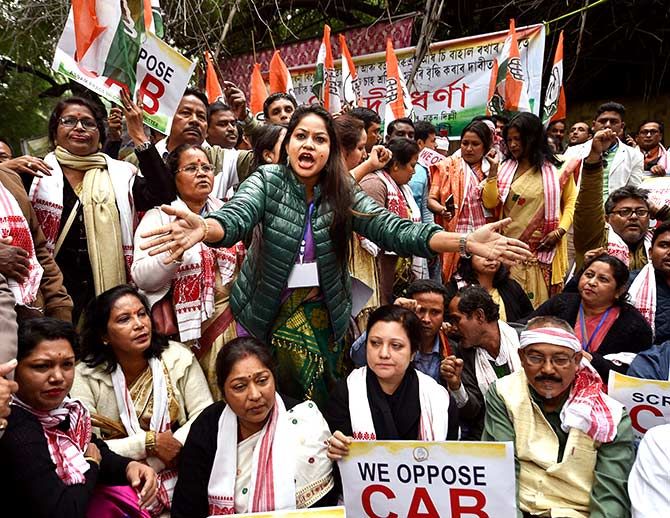 What's the nature of these attacks?

The government came out with some stupid charges like I did not apply for prime minister awards; the way I am criticising the government, it even said that it is affecting our relations with other countries.

Imagine this charge! That my criticism of the government is affecting our government's and India's relations with other countries.

The government is doing this because it wants the ground for dismissing me from service so that they don't have to give me the benefits. That is the reason why they have not yet accepted my resignation letter for so long. They are sitting on it for four months now.

And then there is a continuous attack (on me) by the government's supporters (on social media and on the ground) but I know I have not done anything wrong, so I don't fear anybody.

So let them do whatever they want. That is what I am trying to tell people that when you choose to keep quiet, because the attack is personal, but when you get scared by such attacks you are actually putting yourself above the country, which is, I think, at this juncture equivalent to being an anti-national or being a deshdrohi (traitor).

Because this is the time that the country is heading towards a dangerous future and you should raise your voice even at the cost of being called a traitor or deshdrohi.

I think our country needs more people of all hues. I don't think in a democracy we should have the concepts of heroes and villains.

Every citizen has to be his own hero or own villain. If an Indian citizen thinks that he needs to raise voice on an issue, then he must do so fearlessly. But when he decides to keep quiet, then he becomes a villain.

And when he thinks something is wrong, and he raises his voice, then he becomes a hero. So every citizen has to be his own hero or villain.

I might be relevant today, but of no consequence tomorrow. An individual doesn't matter at all. This country is built because of the raising of voices of the people and no one can silence such voices.

People of this country are strong enough to have come out every time a situation has demanded and even sacrificed their utmost. Today is no different.

I am not talking about sacrifice that includes laying down one's life or sacrificing one's family's well-being. I am just talking about raising voice against what a citizen feels is unjust and unfair.

You have been extensively touring the country and creating awareness. What kind of response are you getting from people on the ground?

Tremendous response (of the people) because what happened is that people suddenly felt that being called deshdrohi took them into an insecure zone.

If I seek answers (of this government) they will all come out and attack me and make me a deshdrohi. This is being done (by the government) purposely because they want the critical thinking of the country to go down.

I am also being critical of the government for the sake of my country, and there is nothing more patriotic than that (asking questions, seeking accountability).

When you go against the government, you know there is going to be personal loss. But for the sake of the country, if you are ready to do that, then what can be more patriotic than that?

When people understand this sense of duty towards India, people calling them deshdrohi or aatankwadi (terrorists) doesn't matter at all.

It is important to engage with everybody. There is nothing called trolls. There is only one category when you engage with people and that is they are our 'fellow citizens'.

Nobody in India need to be labelled trolls, bhakts, sanghis, sickulars, or libtards.

There is just one category and that is Indian citizen.

Even though we may agree to disagree on many, many, issues, we need to engage with everybody. We will have to learn to do that.

Prasanna D Zore covers national affairs and business for Rediff.com
He can be reached at prasannaz@rediff.co.in 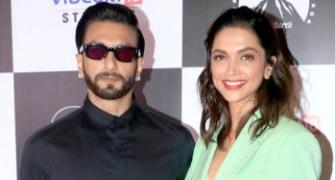 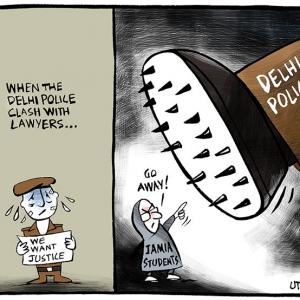