Tanhaji and the distortions of history Against my firm resolve of never seeing a Hindi historical movie -- the distortions that one invariably sees gives a headache to any genuine student of history -- I recently watched Tanhaji -- The Unsung Hero.

To put the record straight, as far as Maharashtra is concerned, Tanhaji Malusare was never an unsung hero. Every child of my generation (educated in a Marathi medium school) knew of his bravery and sacrifice. And the oral history was literally a sung history, in the form of powadas. So it was disappointing that even well known facts about the battle of Sinhagad were distorted in the movie.

The salient points are the use of a ghorpad or a monitor lizard (who was well known by her name, Yashwanti) to put the first soldier on top by climbing the vertical rock face.

Or that once Tanhaji fell in the battlefield, it was the veteran Shelar mama who took on Mughal general Uday Bhan Rathod and killed him.

It is also common knowledge that on hearing of Tanhaji's death the Maratha soldiers lost morale and ran towards the ropes to escape. At that stage Tanhaji's younger brother Suryaji cut off the ropes and exhorted the Marathas to turn back and fight.

Even the dramatic escape of Shivaji from Agra, hiding in a box, is disputed by 'eminent' historians. As an aside, the recent escape from Japan by Carlos Ghosn, the CEO of Nissan, seems to have duplicated Shivaji's tactics!

If the film-maker had remained true to these facts it would have in no way affected the story or the image of Tanhaji.

I must, however, thank the makers of Tanhaji for taking the story of Tanhaji to all-India audiences. But as a military historian, it was disappointing to see the lack of attention to details.

First, Tanhaji's looks. Tanhaji's whiskers and moustache are household knowledge in Maharashtra. Tanhaji without his magnificent whiskers is like portraying Shivaji the Great without his beard!

Marathas at that time used curved swords and not the straight one as shown. Even the shields that Maratha soldiers used were made of leather -- tortoise back -- and never metal.

Given all these shortcomings, Tanhaji is still a cinematic experience and worth watching for those who have very little knowledge about the Marathas and their glorious history.

Many of the adverse reviews were by carping critics complaining of an overdose of Maratha history, going by recently released films. The trend began with Bajirao Mastani and continued with Panipat and Tanhaji.

As a historian, all that one can say is that at the popular level this is a long overdue correction.

Once the British defeated Marathas in the third Anglo-Maratha war in 1818, they went about systematically denying the Marathas's historical legacy.

Interestingly, many critics of the movie have scoffed at the talk of Bhagwa or a saffron flag! Did these worthies expect Tanhaji to hold a Tricolour?

But this brings one to the larger question of regular distortions and disputes about Indian history. Unfortunately many of the current crop of 'eminent' historians have been either graduates of English literature (as the doyen of ancient history from Delhi was) or have no knowledge of the language in which most of the original sources are.

Sir Jadunath Sarkar, who is regarded as an authority on Maratha history, did not know Marathi. What most of these writers had was knowledge of English and access to English sources. Essentially, most of the history written by these worthies were regurgitated writings of Western scholars who took the trouble to master the local languages.

In addition, in case of the Marathas, all the original documents dealing with the life and times of Shivaji the Great were lost when Mughal General Zulfikar Khan captured Raigad (Shivaji's capital).

On November 3, 1689, when the Mughals captured Raigad, they burnt the entire records of the Maratha kingdom. Today, when one wants to piece together the history one has to search for multiple private sources where letters and documents of that period can still be found.

Something similar happened to ancient Indian history. Turkish General Bakhtiyar Khilji burnt the library at Nalanda university in 1193. With this, all the ancient texts including historical records that were collected there since 500 AD were lost.

This has given a handle to our 'modern' historians to question every single historical fact. 'Modern' researchers also do not accept the memories of the past preserved in an oral tradition or as a part of word of mouth knowledge passed on from generation to generation.

Luckily for Indians, the Buddhist monks who spread all over Asia -- Sri Lanka, Indonesia, China and Japan -- carried much of the ancient texts with them. Many of these await Indian scholars.

Even a government that swears by 'cultural nationalism' has taken no steps in the last six years to tap this source and restore lost Indian knowledge.

Indian cultural expansion in South East Asia, mainly by Chola and Pallava kings from Tamil Nadu, is only vaguely known.

There is a 6 feet tall and three feet wide stone tablet in the Pallava script in the national museum in Jakarta. It is on a coat of arms for the Central Kalimanthan (old Borneo) island. We have not found the time or resources to translate the contents into Bhasa Indonesia and/or English!

Indian apathy towards our historical heritage is indeed amazing. 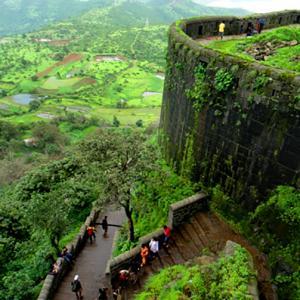