The Battle of Pratapgad can be termed the turning point in Indian history as it interrupted the continuous chain of Muslim successes on the battlefield.
Colonel Anil A Athale (retd) remembers the Great Maratha Warrior King on his birth anniversary. 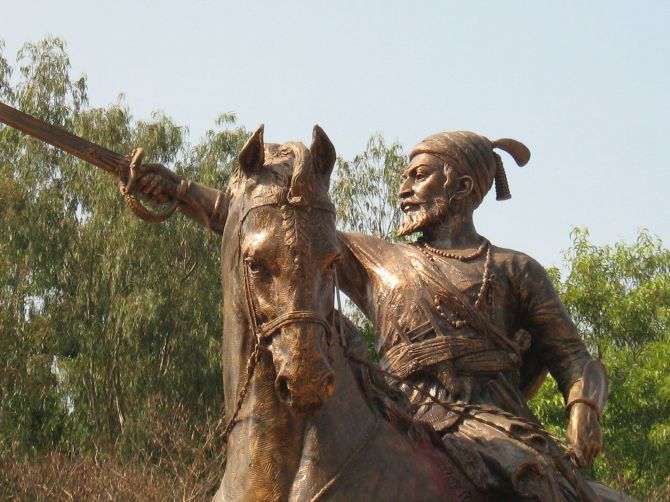 We have a family tradition of hailing Chhatrapati Shivaji Maharaj every time we step out on a journey. This is our small tribute to the legend to whom, Indian civilisation owes a debt of gratitude.

Faced with a determined onslaught by the Mughal-Rajput combine in 17th century, India could well have met the fate of Persia. Like the Parsees, Indians would have been forced to flee the land of their ancestors to preserve their culture and civilisation.

Between possible Islamisation of India and destruction of our civilisation stood Chhatrapati Shivaji and his valiant Marathas.

Militarily speaking, the difficult terrain of Maharashtra was a major contributing factor (the advantage not available to Sikhs or Jats who also showed equal valour). But it needed the military genius of Shivaji to exploit this advantage and halt the Mughal empire's march to Peninsular India.

On February 19, as we celebrate his birth anniversary, we will do well to remember his greatest battle -- the victory at Pratapgad.

The classic example of Shivaji's approach to war and his doctrine of total war is the battle of Pratapgad.

In this single decisive engagement, Shivaji destroyed the military foundations of the sultan of Bijapur. The subsequent survival of the sultanate of Bijapur owes more to the Maratha need to keep the Mughals engaged rather than any residual power of the Bijapur regime.

For four months Afzal Khan went on a rampage in the Maratha territory.

He had come with the clear intention of taking Shivaji, dead or alive, to Bijapur.

All this while, Shivaji continued to stay in Pratapgad which is located on the edge of a steep and jungle-clad river valley.

Afzal Khan knew the area well and tried very hard to lure Shivaji into the plains.

Afzal Khan had an unsavoury reputation of using deceit against his adversaries. After long negotiations, Shivaji convinced Afzal Khan that he was 'hiding' in Pratapgad as he was too scared to face the Bijapur army.

Afzal Khan fell prey to the ruse and walked into Shivaji's trap.

As the route to Pratapgad was through a narrow defile, most of Afzal Khan's heavy baggage and guns were left at Wai in the plains.

But the army that continued with him was still formidable enough.

However, it was further divided as there was inadequate camping space.

On Shivaji's instructions, the villagers of the area had cleared small areas near the river Koyna to serve as ready camping sites.

The camp sites were so located that they were out of sight of one another due to intervening spurs (see sketch below).

Thus, by the time Khan reached Pratapgad, his huge army was already divided into four parts and he was looking forward to the prospect of an easy victory.

Shivaji had no illusions about the fate that awaited him should he surrender and had planned beforehand to destroy the Bijapur army.

To this end, days before the scheduled meeting of November 10, 1659, three divisions of his army, each numbering over 3,000, two-thirds of which was cavalry, led by Netaji Palkar, Kanhoji Jedhe and Baji Pasalkar, had hidden themselves in the jungles surrounding the invading army.

As the Bijapur army advanced deep into the jungles, the Marathas blocked all escape routes by felling trees.

On the night of November 9, Shivaji sent a generous supply of food and liquor for the enemy soldiers. Many of his soldiers in the disguise of entertainers had penetrated Khan's camp.

During the night of November 9, the Bijapur army was busy celebrating their impending victory over Shivaji, prematurely as it turned out.

In a meeting that took place in the afternoon, halfway up the hill to the fort, Shivaji -- a diminutive man -- risked personal combat with the tall and powerful Afzal Khan and killed him with his bare hands as per the plan.

At the signal of a gunshot from the fort, the Maratha army swooped down on the Bijapur army.

The Bijapur soldiers were taken totally by surprise and there was virtually no resistance.

Only on reaching Wai, did Fazal Khan, Afzal's younger brother, realise the disaster that had befallen his army.

Shivaji is said to have sent Afzal's severed head to his mother 40 km away in Rajgarh. This was his way to deal with a treacherous enemy who had imprisoned and humiliated his father.

Afzal Khan's headless body lies buried near Pratapgad and Shivaji himself built a respectable tomb in honour of the fallen general.

By severing Afzal Khan's head, Shivaji not merely killed an enemy general, but forever destroyed the myth of Muslim superiority in the battlefield.

As time passed, the Marathas gave a taste of their fighting prowess to the mighty Mughal army. There arose a new myth, the seeming invincibility of the Marathas.

The fear of the Marathas was later enhanced by the exploits of Maratha Generals Dhanaji Jadhav and Santaji Ghorpade against Aurangzeb when Maratha horsemen became legends.

The decisive Battle of Pratapgad can be termed the turning point in Indian history as it interrupted the continuous chain of Muslim successes on the battlefield.

Immediately after the Battle of Pratapgad, Shivaji launched a hot pursuit of the routed army and taking advantage of the disarray in the enemy camp, recovered the entire territory earlier captured by Afzal Khan.

His strategy of exploitation of victory and relentless offensive action mark a major change from the earlier Indian approach to war that entailed priority for celebrations of victory over immediate pursuit of the enemy.

Shivaji believed in the doctrine of 'total war' and never shirked away from achieving annihilation of the enemy.

If he had to make compromises and truce, it was clearly due to the exigencies of the situation and not as matter of choice.,In this respect, Shivaji was a true revolutionary.

Over a long period of peace, Indians had virtually accepted that wars were mainly 'limited' in aim.

It is this notion that ensured a misplaced chivalry and lack of pursuit of victory made them lose every single war when faced with an enemy who was intent on 'total war'.

As India faces multiple security challenges today, it is worthwhile to remember the valour of Chhatrapati Shivaji Maharaj. 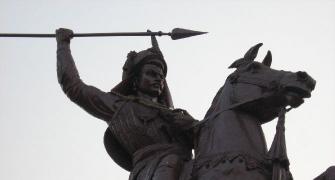 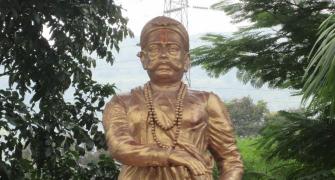 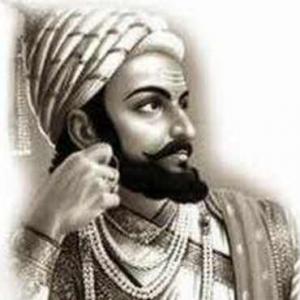 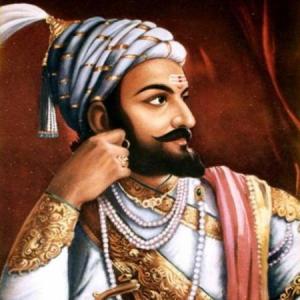