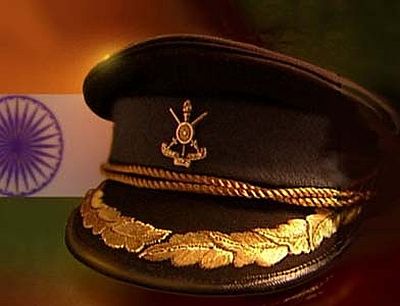 Not long ago, army officers were deeply proud to serve in elite units. The tougher the life, the more dangerous the mission, the more they stuck out their chests.

Most of us in my batch of 1979 signed up with combat units that had fought gallantly in the still-recent 1971 war.

As officers we leapt at the chance to serve in combat zones.

We didn't feel superior to our fellow officers in peace areas, only sorry for them.

Each of us was utterly certain that his own arm or service was absolutely the best.

Steadfast infantrymen, flamboyant cavaliers, professionally hard-nosed gunners, engineers, signallers, resourceful logisticians -- we all believed in our own nobility, without pooh-poohing others' roles.

Soldiers held up risk and hardship as a badge of honour, not as an accounting tool for better promotions.

Sadly, that is no longer the case. Today, the issue of promotions is dividing the army.

A soldier who takes the field can legitimately demand that the army look after his family. He can demand good accommodation; high-quality army schools to which his children are assured admission; adequate medical facilities; sympathetic attention to the travails of separated families; and, vitally for morale, the respect and affection of the populace. These are all justifiable expectations.

What he cannot justifiably demand is faster, easier promotions based on frequent field tenures.

Yet generals have prepared just such a specious "deprivation index", and a string of infantry and artillery army chiefs have showered preferential promotion quotas on their former arms.

The defence ministry is now embroiled in a humiliating standoff over this issue.

The Armed Forces Tribunal -- the military's departmental tribunal -- had rightly struck down what it calls a "discriminatory" promotion policy that allows 60 per cent of infantry and artillery lieutenant colonels to be promoted to colonel, while other arms and services languish at 26 per cent.

By appealing to the Supreme Court against the AFT verdict, Defence Minister Manohar Parrikar has backed regimental patronage instead of meritocracy.

That meritocracy has been insidiously undermined over decades, starting in the training academies.

Traditionally, the top five per cent of each graduating class, a "superblock" of 15-18 cadets, chose which unit to join, while other cadets were distributed among arms and services depending upon vacancies.

Cadets competed fiercely to be commissioned into the unit of their choice.

In the 1980s, the superblock was reduced to a wafer-thin two-three cadets, because too few toppers chose the infantry or artillery.

Now chance, not choice, governs which arm or service most cadets will serve in.

Years later, many of those officers, being evaluated for promotion, discover that this arbitrary allocation reduced their prospects of becoming colonel from 60 per cent to 26 per cent.

This quota system has taken root up the hierarchy, most damagingly at the "general staff" level-brigadiers and generals responsible for shaping the army's strategic vision.

All successful modern armies since Frederick the Great's Prussian army in the late 19th century, have selected elite general staff based on ability.

The general staff is expected to rise above regimental loyalties. However, India's infantry and artillery generals, who dominate decision-making, instituted quotas to guarantee that their arms also dominate the general staff.

They cornered a disproportionate share of vacancies at the crucial rank of colonel, and then extended this privilege to the ranks of brigadier and major general by reserving vacancies there, too, on a pro rata basis.

It is this discriminatory "command exit model" of reserving colonel vacancies that was struck down by the AFT, and that is now before the Supreme Court.

The cabal of generals who rammed this model through speaks volumes.

The army chief at the time was an artillery officer, General Deepak Kapoor, currently in the cross hairs of the Central Bureau of Investigation for his flat in the Adarsh Housing Society.

His officer management chief (military secretary) was an infantry officer, lieutenant general Avadhesh Prakash, who in 2011 was court-martialled for the Sukhna land scam, stripped of his rank and medals and dismissed from service.

These discredited worthies knew that many infantry and artillery colonels who attain their rank through quotas couldn't compete for promotion with their counterparts from other arms and services who endure a gruelling selection process.

Therefore, they abandoned the concept of a meritocratic general staff and distributed brigadier vacancies on a pro rata basis, based on the number of colonels in each arm or service.

To solidify this advantage, they also allocated vacancies in the Higher Command course and Higher Defence Management Course, important qualifications for promotion to brigadier, on a pro rata basis.

In 2008, generals Kapoor and Prakash convened a board of (mainly infantry) officers that, despite a strong dissenting note, extended pro rata to the rank of major general.

Strong opposition within the army partly blocked this move, but the generals switched tactics: since it is practically mandatory for a brigadier seeking promotion to attend the National Defence College, they allocated NDC vacancies on a pro rata basis.

The Mandalisation of the army was complete.

To favour quotas over merit is to poison traditional soldierly values.

As one infantry officer puts it: "To keep getting promoted, I must keep two things in mind: stay alive; and restrain myself from punching my CO (commanding officer)."

Calculating officers cultivate "godfathers", rising stars from their own regiment, on whose personal staff they spend years of protected service.

Others arrange postings under well-disposed commanders, who duly inflate the "annual confidential reports", or ACRs, of their proteges.

Across the army, commanders with glaring shortcomings are buying off subordinates with inflated ACRs.

So puffed up is the grading today that any ACR below "outstanding" jeopardises an officer's career.

A "good" amounts to professional burial.

High-quality officers increasingly choose to quit, rather than compete at a disadvantage with inferior officers from a privileged service or under a godfather's protection.

It is time for generals to recognise how badly quotas damage the army.

Justifying promotions with a "deprivation index" or a "harsh service conditions" plea breeds a culture of victimisation that is the antithesis of the soldier's creed.

The infantry is forgetting that it needs no help.

Few organisations anywhere are quite as formidable as an Indian infantry battalion -- a truth recognised on battlefields and UN missions the world over. It remains true for the rank and file and junior leadership even today.

It is a pity that senior officers, motivated by false loyalty, are replacing the bravura that conquered Siachen with a rather less inspiring attitude of deprivation.