Bridge or no bridge, Biharis always reach their destination

If you are a Bihari, then you come with built-in patience and acceptance, reveals Asmita Bihari. 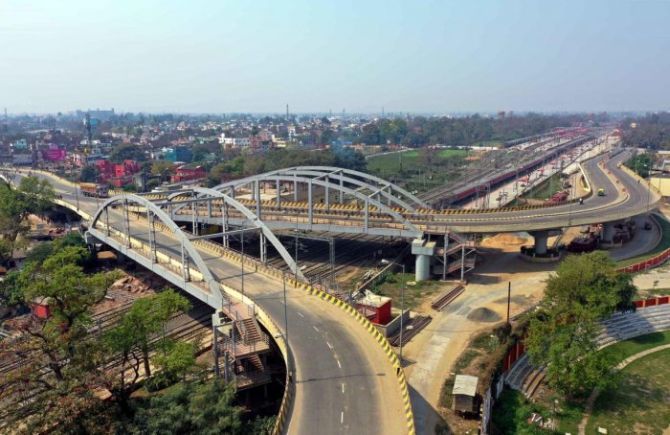 In the last few years, well inside Nitish Kumar's current reign, I have travelled by road the entire length and breadth of Bihar.

Driving on my own, from Raxaul in the north to Gaya in the south and from Gopalganj in the west to Kishanganj in the east.

There are only eight of Bihar's 38 districts that I have not visited.

By and large, the road trips have been a pleasure. I would even stick my neck out and declare that the roads are smooth and worth travelling at 50 to 80 km an hour in most districts.

Well, if you stay on the main highways at least.

The worst district in terms of roads in my experience is most definitely Saran.

The state highway is forever clogged by trucks, the new bridge across the Ganga at Doriganj has been rendered useless as there is a 24/7 jam of trucks.

This even now, when the two lanes of the Gandhi setu has been re-opened for vehicular traffic.

The road journeys have been on National Highways, State Highways, detours through villages and fields, on under construction roads and even on the sandy banks of the Ganga.

The adventurous expedition to cross the river through this new route was also necessitated due to the massive jams on the less than adequate bridges across it.

The escapade entailed crossing the Ganga on a rickety pontoon bridge not erected by the government, but by the local villagers.

Of course the valiant attempt was during the winter when the mighty river is at its tamest self.

Which brings us to the falling bridges of Bihar.

The unfathomable phenomenon of bridges collapsing or being washed away even before they are inaugurated.

It happened to the bridge at Sattarghat over the Gandak in Gopalganj and now again at Kishanganj over the river Kankai.

The engineering of modern construction crumbles when compared to the numerous bridges built almost a hundred years ago that are still being used and have withstood the test of time and the elements. 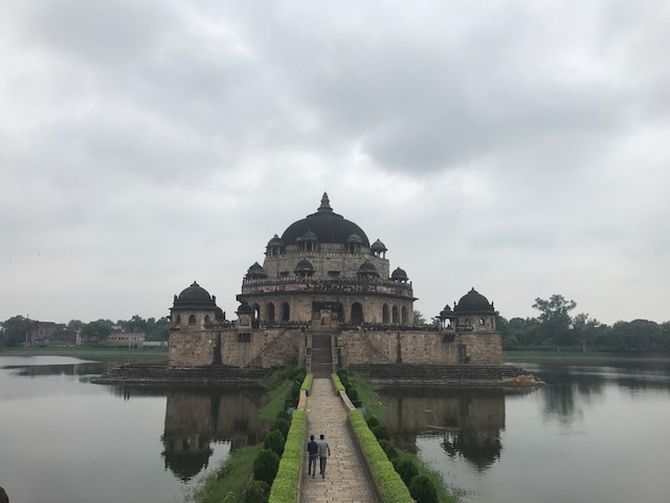 The prime minister, as part of the daily quota of gifts for poll bound Bihar, inaugurated the railway bridge over the Kosi which will connect all of north Bihar to the north east.

There are many more planned and under construction bridges, mostly over the Ganga.

If the recent spate of construction failures are anything to go by, the government should plan a few more, in the event of more such unfortunate mishaps. IMAGE: A view of the roads in Bihar. Photograph: Asmita Bihari

Travelling through Bihar by road is safe and smooth if you do not have to cross a major river.

The bridges over the Gandak at Reva Ghat and Dumaria Ghat are in poor condition and need desperate repair.

The narrow J P Setu (the Digha-Sonepur bridge is grossly insufficient for the daily commuters coming into Patna from the North.

The Veer Kunwar Singh Setu (Arrah-Chhapra Bridge) has become an exclusive bridge for trucks with a constant gridlock and wait times of over 24 hours.

Hence, if you do have to cross a bridge, then factor in traffic jams and extended travel times.

If you are a Bihari, then, of course, you come with built-in patience and acceptance.

When not so long ago, the Ganga was crossed by boat.

Come what may, we will reach our destination, bridge or no bridge.

We get to the destination even if the bridge is too far... or perhaps washed away.