Tanhaji: The Unsung Warrior is Ajay Devgn's 100th film in his 28 year career in the movies.

Ajay has made some brilliantly reviewed films, some big hits and many, many, entertainers.

Which is *your* favourite Ajay Devgn film? Please scroll down and vote!

If your favourite isn't mentioned on this list, please let us know in the message board below. 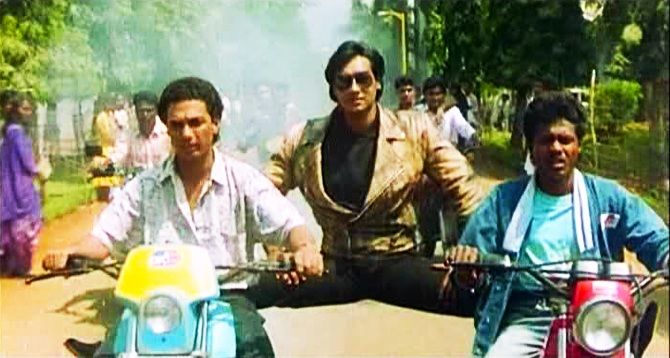 Ajay made his debut on two bikes and created history.

While this is what one really remembers about this action-packed affair -- which was a huge hit -- not many know the actor took a huge risk of playing a husband and father in his very first film. 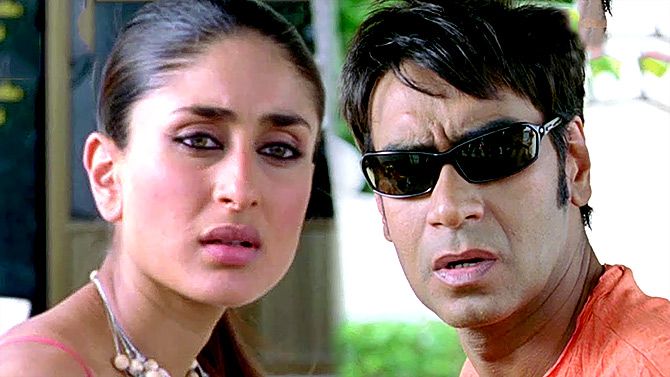 What started as a fun affair in 2016 has turned into a blockbuster franchise, with four installments already in and each turning out to be bigger than the one before.

Devgn has matured over the years and did not mind playing his age in the latest offering. 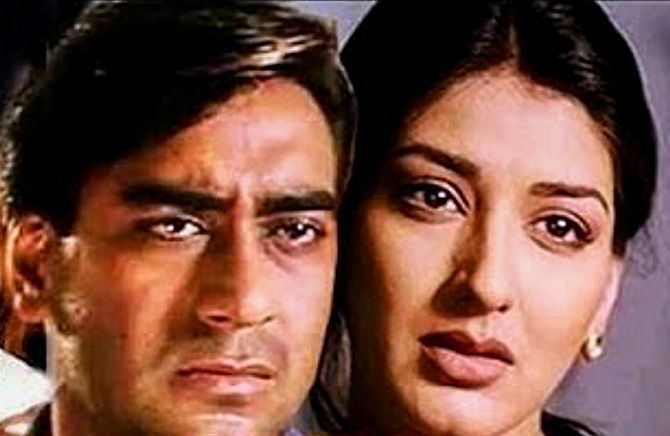 Zakhm came at the time when the film industry was going through a transition.

Hardcore masala films seemed to be on the way out, and multiplexes had not yet opened.

That's why an offbeat film like Zakhm did not find commercial success. 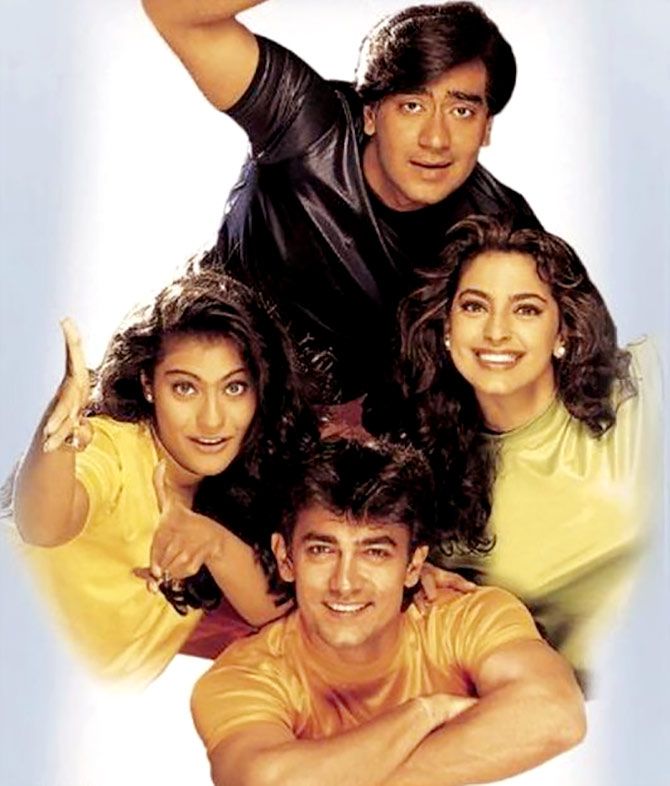 Ajay was known for his intense and action-packed performances right through the 1990s and he surprised everyone with his goofy avatar in Ishq. 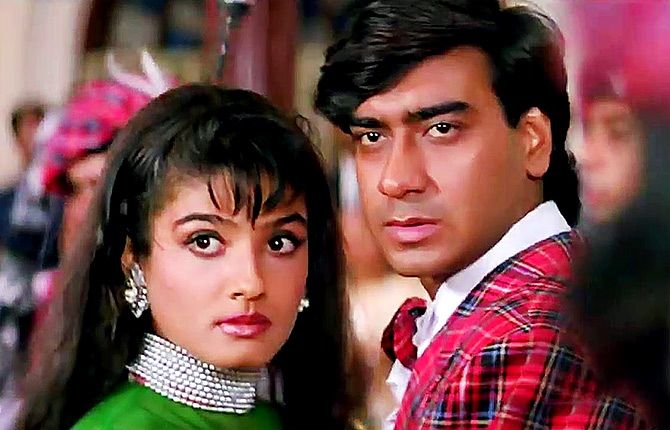 When intensity meets true love, there's a lot of passion. And Ajay served dollops of that in Dilwale.

The film's songs are still played today though it released a quarter of a century ago!

As a man madly in love with Raveena Tandon, Devgn performed well in this Harry Baweja direction. 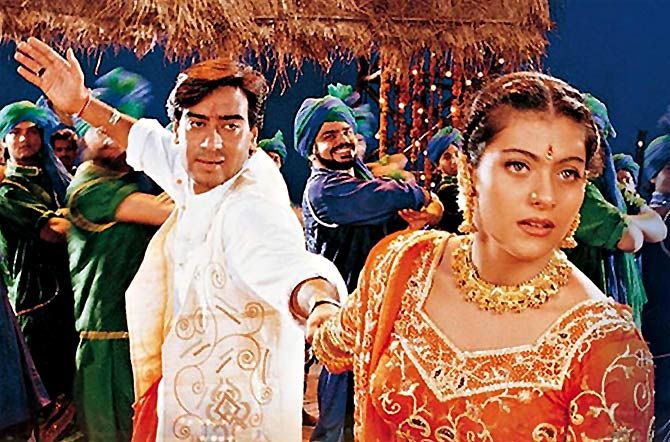 Director Anees Bazmee was making films across genres at the time, and he collaborated with Ajay for several of them.

While Deewangee saw the actor in an evil avatar, he turned sweet and romantic for the hit Pyaar To Hona Hi Tha. 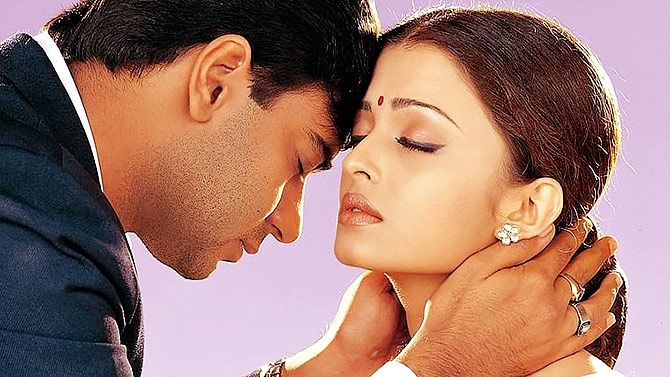 Not many actors would have dared to pick up the part that Ajay played in Sanjay Leela Bhansali's Hum Dil De Chuke Sanam.

The film was essentially a love story between Salman Khan and Aishwarya Rai, but Ajay stole the show. 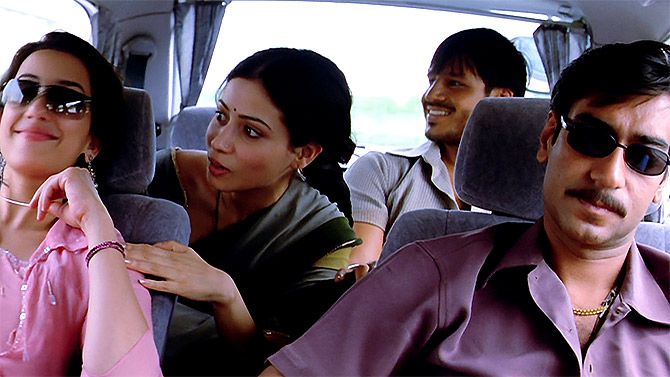 'Sab ganda hai par dhanda hai yeh' -- This was the theme of Company, made by Ram Gopal Varma in his prime.

When Ajay stepped into a part based on Dawood Ibrahim, all eyes were on how he would tackle it.

Well, he delivered, and how, leaving his signature stamp on the film.

The Legend of Bhagat Singh 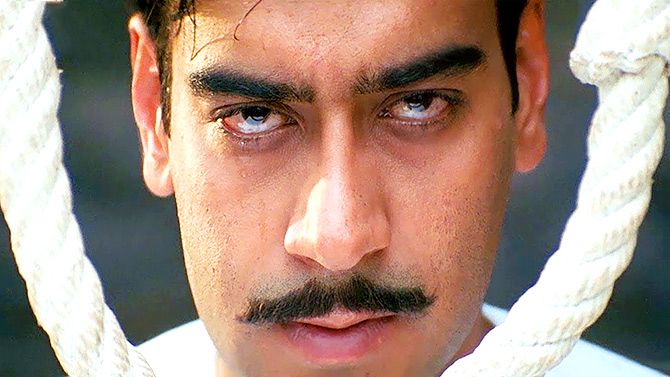 The Legend of Bhagat Singh released along with four other films based on the legendary freedom fighter. That only ended up confusing the audiences.

Thankfully, the film as well as Ajay got their due on the satellite and digital medium. 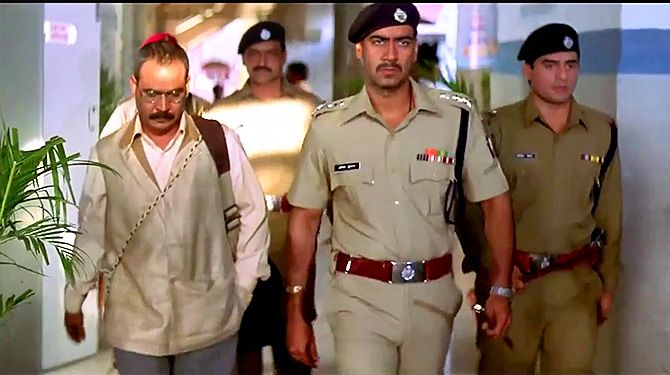 Prakash Jha's GangaaJal saw Ajay in one of his most intense roles.

Based loosely on the 1980 Bhagalpur blindings, he played a no-nonsense police officer who found himself at the crossroads more than a few times. 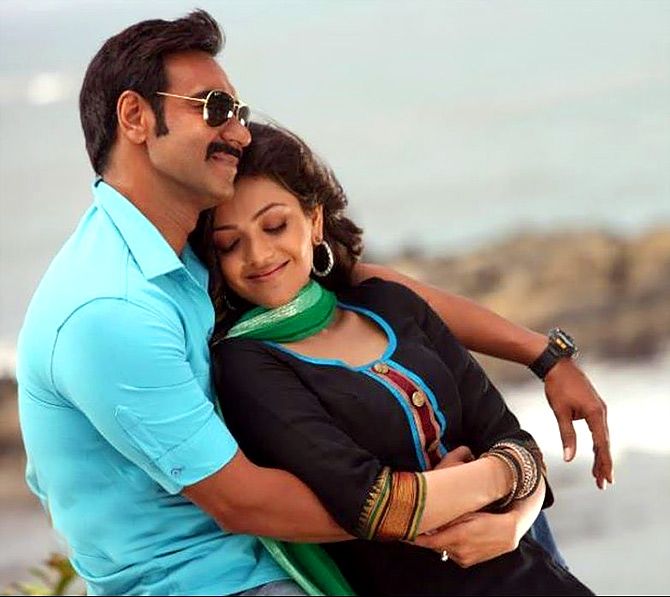 One of his most iconic characters.

Director Rohit Shetty made Inspector Bajirao Singham stand out in this masala affair.

The film's sequel did even better commercially, and one waits for Singham 3 to make an even bigger impact. 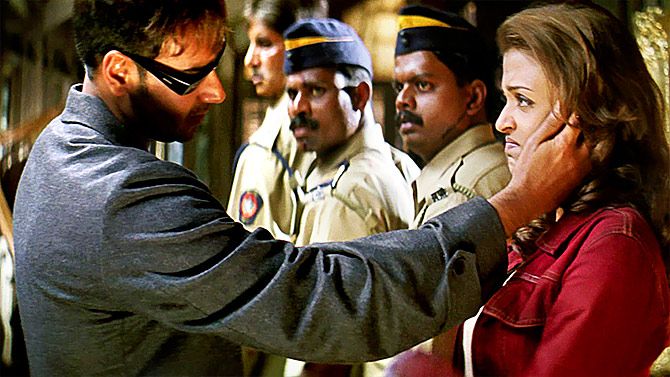 If he was the protagonist in Singham, he went all evil in Khakee.

Ajay's years of experience made sure all eyes stayed on him. 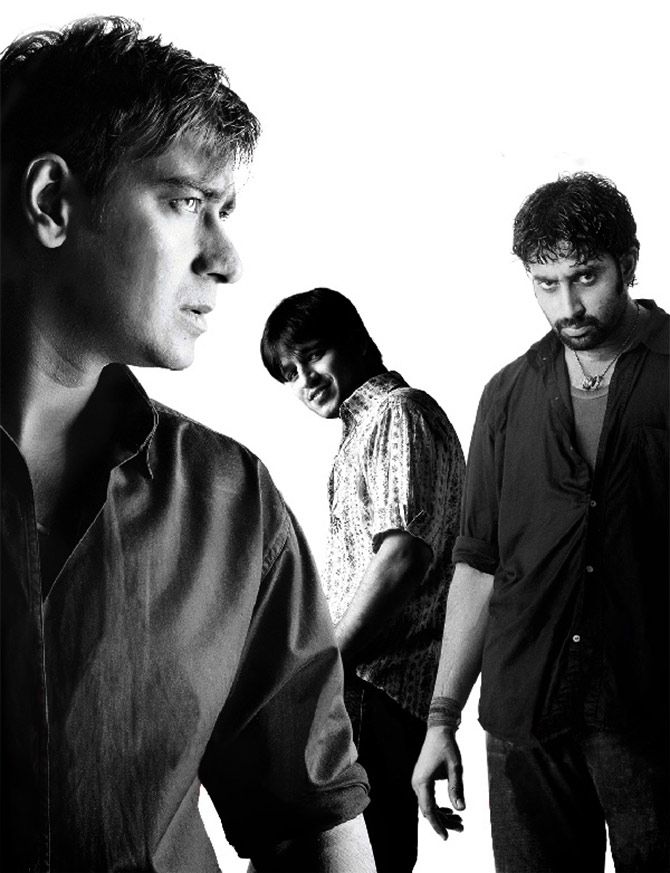 A Mani Ratnam film which deserved to do better commercially, Yuva had a novel narrative -- multiple stories ran parallel to each other. 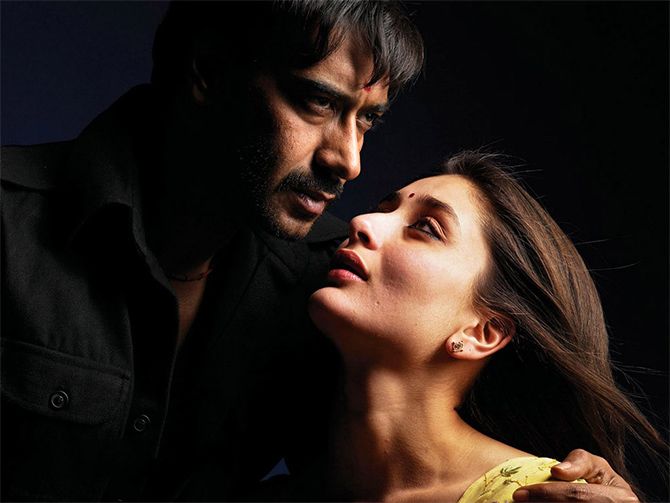 While he played a powerful role in this Othello-inspired film, his emotional side was on display thanks to his love story with Kareena Kapoor. 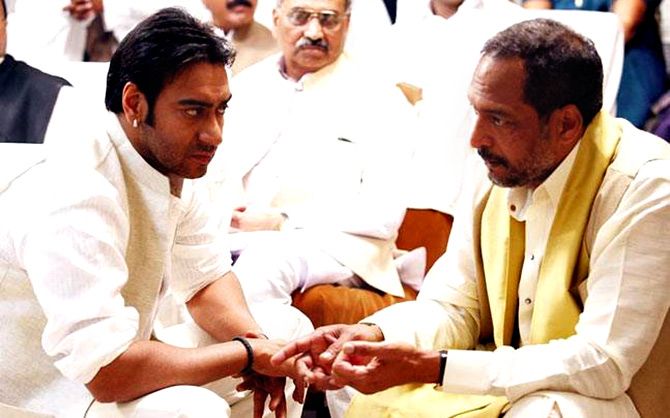 Never insecure of his position in the industry, Ajay has played different roles in multi-starrers. 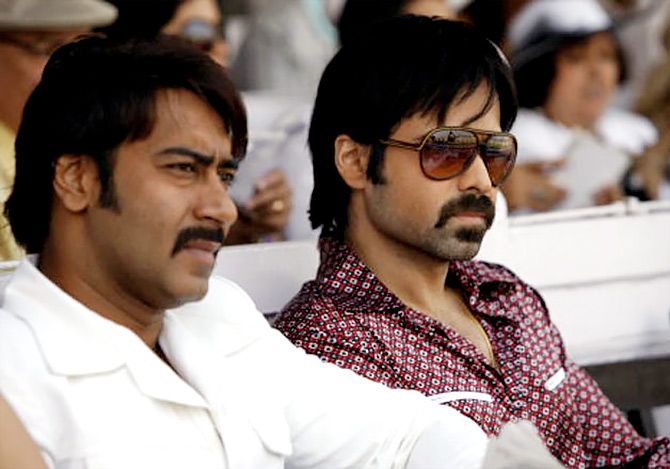 After giving Director Milan Luthria a break with Kachche Dhaage, Ajay went on to make multiple films with him.

The most memorable is Once Upon A Time In Mumbaai, where he played a character inspired by Haji Mastan. 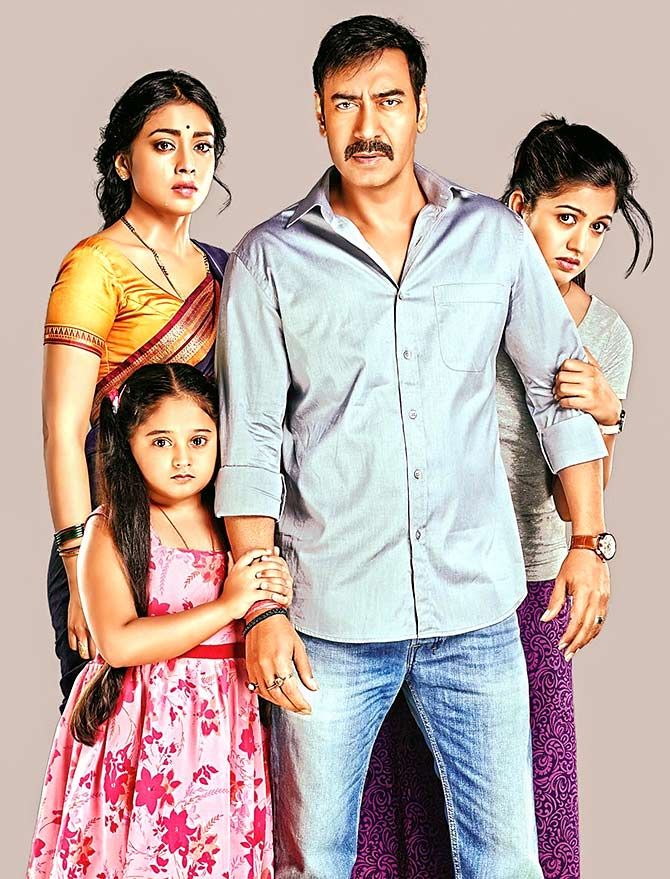 Imagine Ajay not lifting his hand even once despite been beaten black and blue!

Well, we saw that in Drishyam, a remake of Mohanlal's Malayalam hit of the same name.

A suspense drama with quite a few thrills, it portrayed Ajay as a family man quite well. 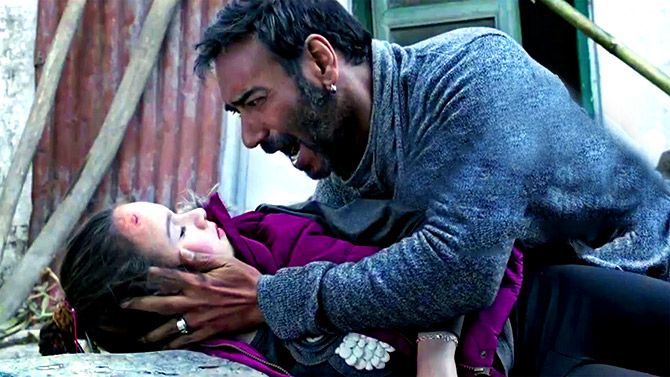 Shivaay may not have been among his best films.

But one can't complain when it comes to the vision that he carried when he decided to direct this action-packed biggie.

The film boasted of some never-before-seen action sequences on foreign shores, something that made an impression on the screen. 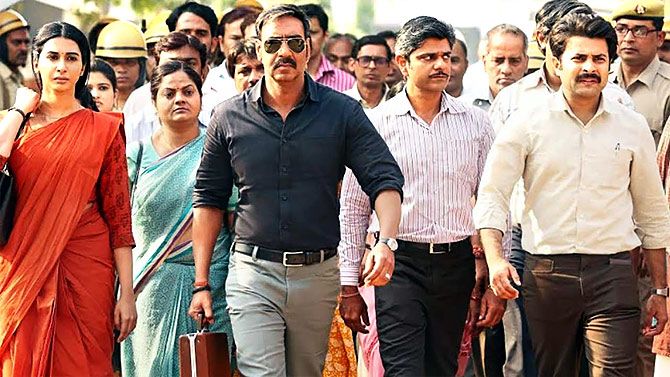 A couple of decades ago, Raid may not have found an audience.

But today's audiences loved the film and Ajay in it, as he played an income tax officer who makes sure that Saurabh Shukla -- a corrupt bahubali -- is taken to task.

Intensity and dialoguebaazi worked in tandem for Raid, a good success.

Not many would dare play a 50 year old romancing a girl half his age, and pull it off so well.

Which is *your* favourite Ajay Devgn film? Vote! 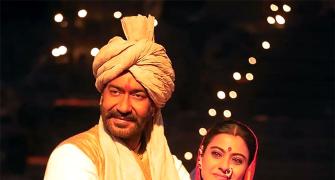 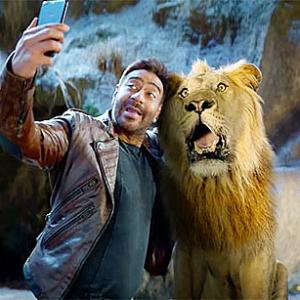 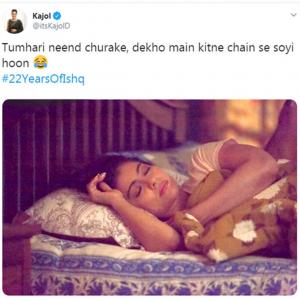