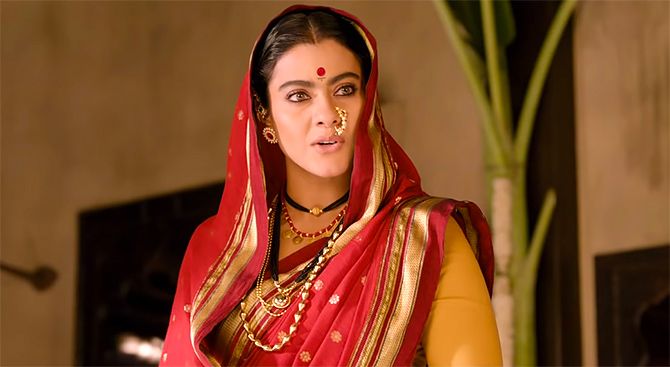 There are several ways to drape the sari.

The traditional Maharashtrian nauvari is one of them.

In Tanhaji: The Unsung Warrior, Kajol dons the style to play the titular hero's wife in 17th century India.

Kajol, whose mother Tanuja is a Maharashtrian, looks at complete ease in the colourful nauvaris, which she also wore during her wedding to Ajay Devgn in 1999.

Sukanya Verma looks at other Bollywood beauties who have rocked the nauvari look. Vote for your favourite below! 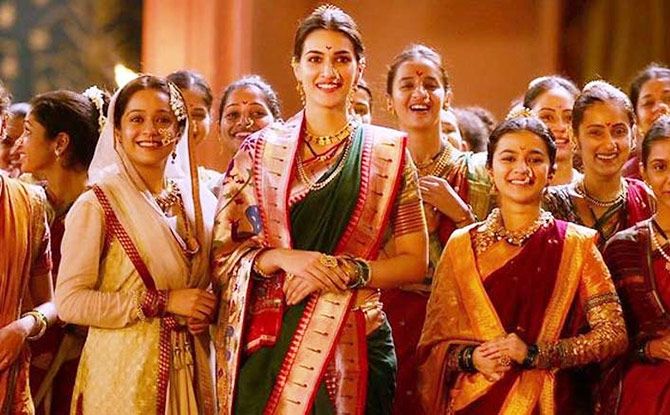 Ignore her attempt to speak Marathi and the Delhi girl looks perfectly home in her resplendent nauvari for Ashutosh Gowariker's Panipat. 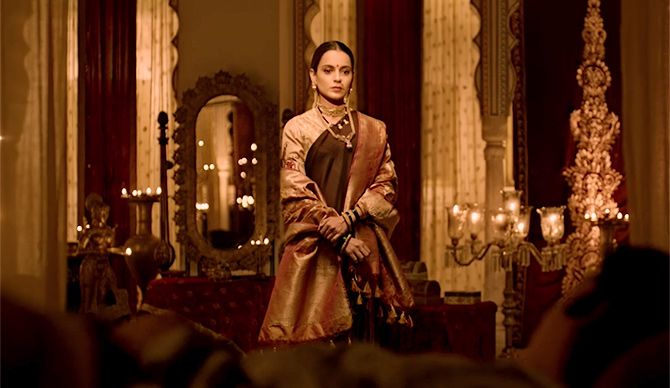 Kangana wields a sword as effortlessly as she slips into rich nauvaris in her fiery portrayal of the Jhansi queen. 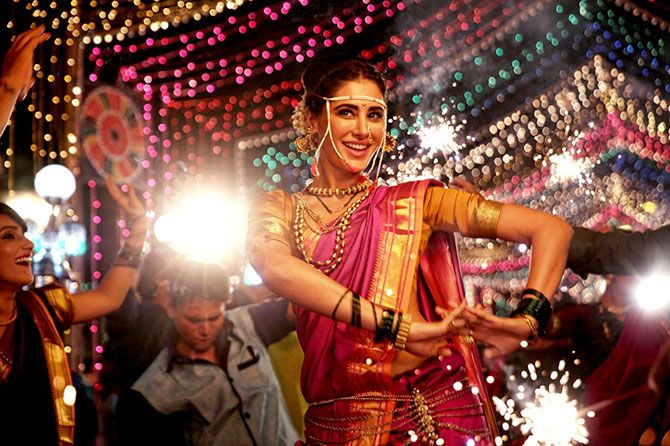 Can you imagine a Bollywood film where an NRI comes to India and not indulge in a little bit of exotica? That pretty much explains Nargis and her Marathi mulgi avatar in a song sequence of Banjo. 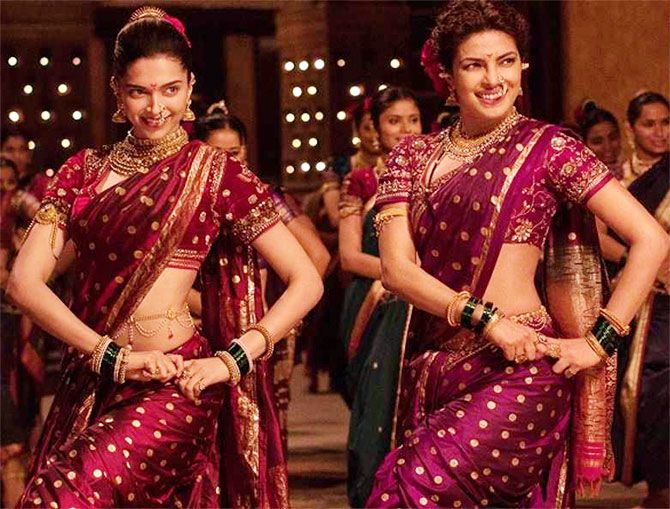 While Priyanka wears her fair share of nauvaris throughout Sanjay Leela Bhansali's opulent take on history, Deepika isn't deprived of the party in the lead up to the duo's breathtaking dance off, Pinga. 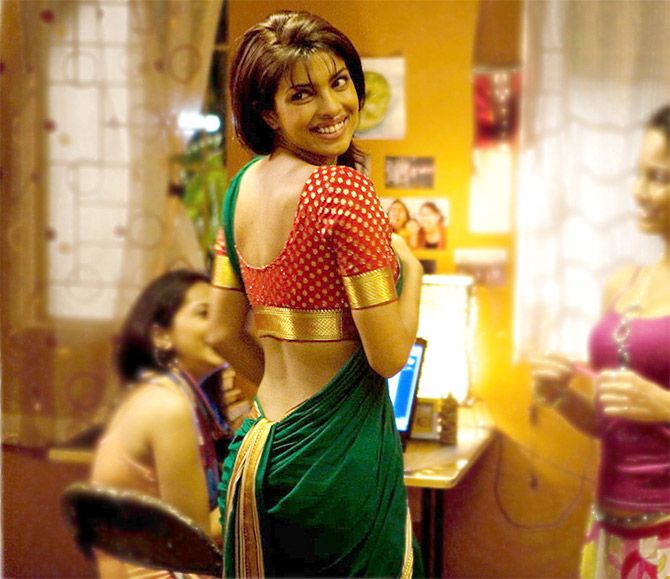 PeeCee is every bit the spunky Maharashtrian bride in her traditional green nauvari in Kaminey. 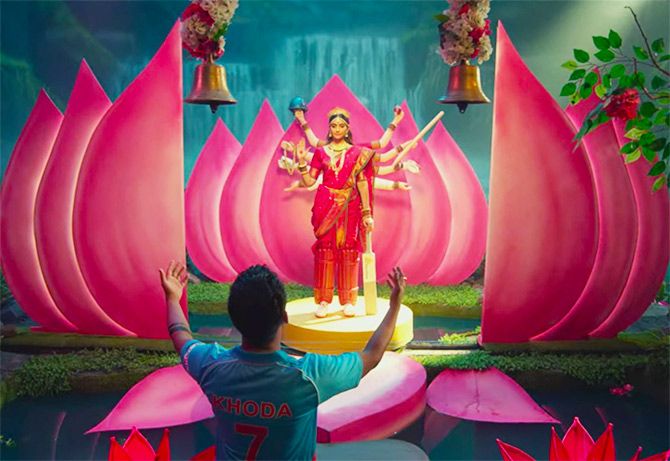 If only for a loony advertisement filming scene of The Zoya Factor, Sonam channels her inner devi to show us how gracefully she can carry a nauvari. 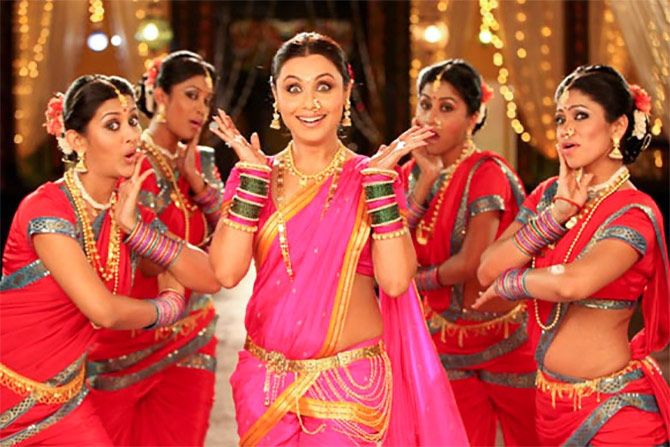 Whatever you may feel about the quirky Aiyyaa, there's no questioning Rani's conviction in 'Aga bai' mode. 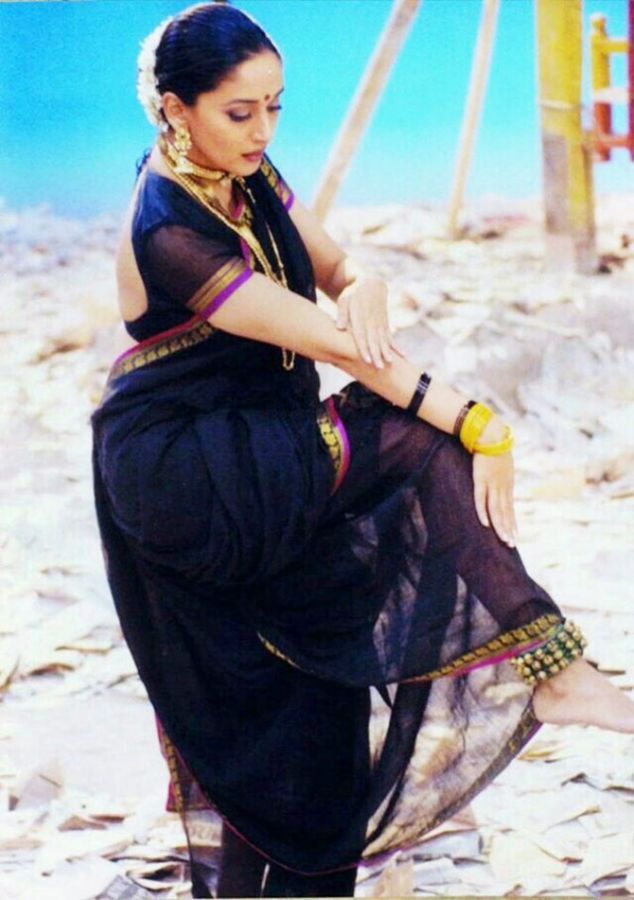 Madhuri flaunting her curves in a solid hued nauvari is poetry for M F Husain's cinema and canvas. 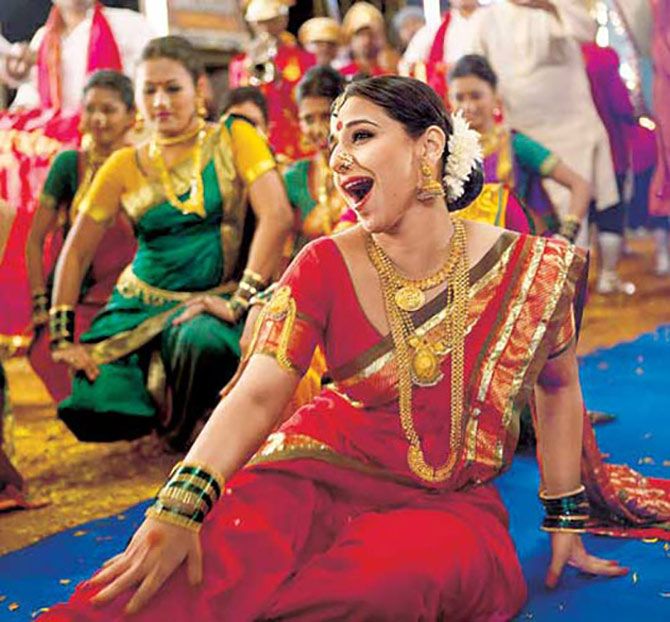 Perhaps the temptation to make lavni moves in a traditional nauvari prompted Vidya to make an exception for Ferrari Ki Sawaari in a rare item number. 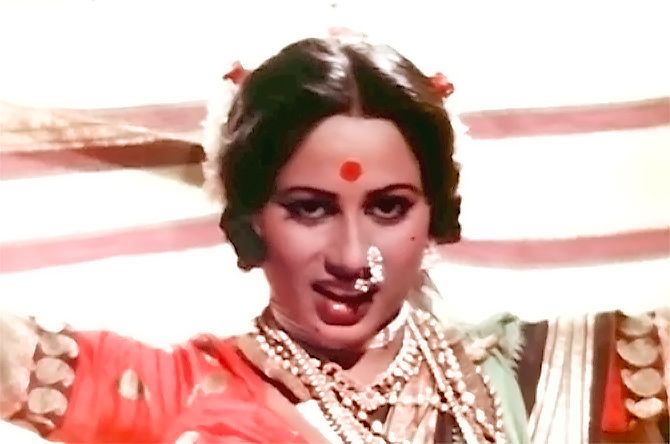 Smita Patil's portrayal of an actress, based on Hansa Wadkar's life, begins with a vibrant lavni in Shyam Benegal's acclaimed Bhumika.

Who rocked the nauvari look the BEST? VOTE! 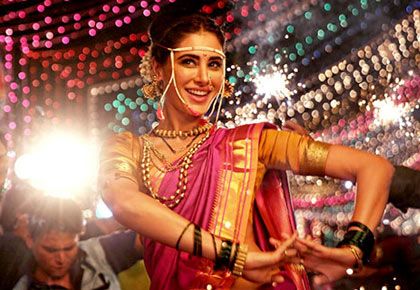 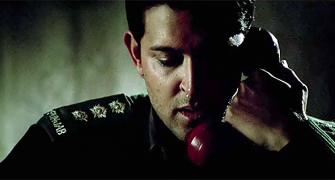 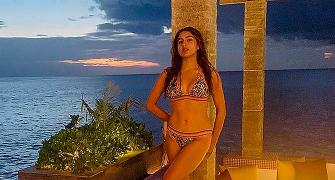 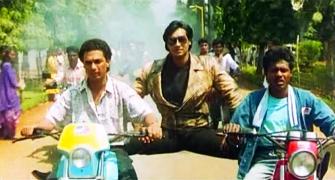 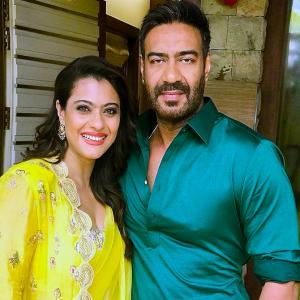