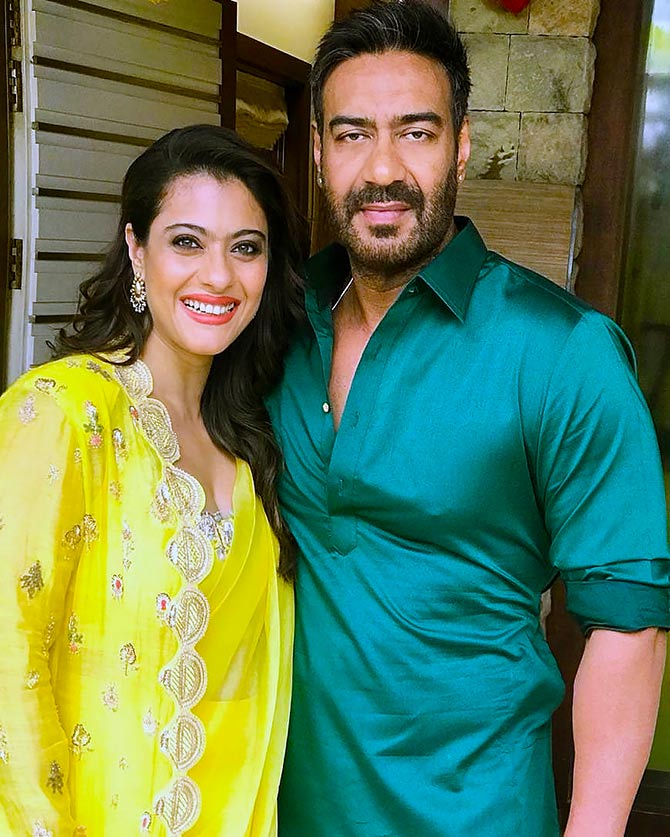 A day before she plays reel wife to her husband Ajay Devgn in Tanhaji: The Unsung Hero, Kajol shared interesting insights into their love story.

In a post for the social media blog Humans of Bombay, the actress wrote straight from her heart and we present it here:

Someone pointed him out–he was broodily sitting in a corner.

So 10 minutes before I met him, I bitched about him! We began talking on set & became friends.

I was dating someone at the time & so was he -- I’ve even complained about my then boyfriend to him!

Soon, we both broke up with our significant others.

Neither of us proposed -- it was understood that we were to be together. It went from hand-holding to a lot more before we knew it!

We used to go for dinners & so many drives–he lived in Juhu & I, in South Bombay, so half our relationship was in the car!

My friends warned me about him -- he had quite a reputation. But he was different with me -- that’s all I knew.

We’d been dating for 4 years, when we decided to get married. His parents were on board, but my dad didn’t talk to me for 4 days. He wanted me to focus on my career, but I was firm & he eventually came around.

Again, there was no proposal -- we just knew we wanted to spend our lives together.

We got married at home & gave the media the wrong venue -- we wanted it to be our day. We had a Punjabi ceremony & a Marathi one! I remember, during the pheras Ajay was desperately trying to get the pandit to hurry up & even tried to bribe him!

I wanted a long honeymoon -- so we travelled to Sydney, Hawaii, Los Angeles...

We were supposed to do Egypt, but we cut it short.

Over time, we began planning to have kids.

I was pregnant during K3G, but had a miscarriage.

I was in the hospital that day -- the film had done so well, but it wasn’t a happy time.

I had another miscarriage after that -- it was tough.

But eventually it worked out -- we had Nysa & Yug & our family’s complete.

We’ve been through so much -- we’ve formed our own company, Ajay’s on his 100th film & every day we’re building something new.

Life with him is content -- we’re not too romantic or anything -- we care for each other.

If I’m thinking idiotic things, it’ll come out of my mouth without a filter & vice versa.

Like right now I’m thinking that he owes me a trip to Egypt!' 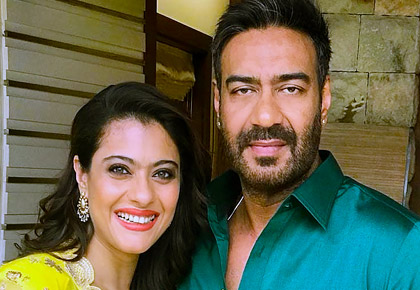