Is Asif Kapadia obsessed with tragedy? 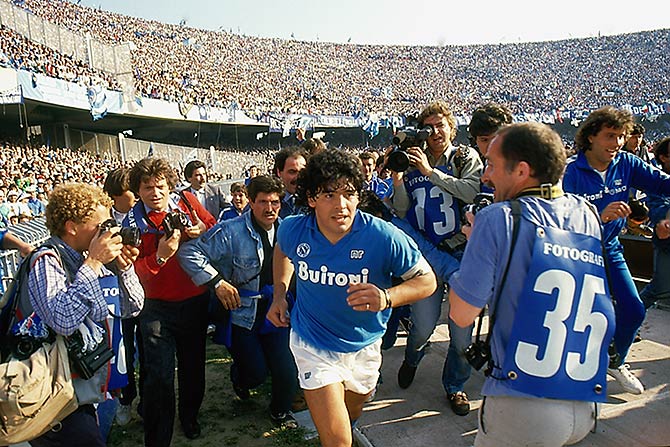 With his hazel eyes, aquiline nose and salt-and-pepper hair, Asif Kapadia could pass for a movie star himself.

He seems warm and accessible, a debonairness that would lend itself to a sparkling presence on screen.

Except, that's really not his thing.

Instead of becoming a star himself, Kapadia, 47, has always been keen on chronicling the stardom of others, stories of exceptionally talented individuals that end in wretched despair.

His last two attempts at cruel denouements resulted in sweeping success: Senna (2011), the life story of the legendary Brazilian Formula 1 driver Ayrton Senna who died in a crash at the 1994 San Marino Grand Prix, won two Baftas; Amy (2015), which captured the tumultuous existence of the outrageously talented British pop star Amy Winehouse, won an Oscar, a Grammy and a Bafta.

To conclude the trilogy, Kapadia has taken up another dramatic subject, perhaps the most dramatic of them all: Diego Maradona.

The eponymous film is essentially a look at the Argentine footballing superstar's time at Napoli, a middling Italian club whose fortunes he almost single-handedly changed, helping it to two unlikely league titles and a Uefa Cup in the late 1980s.

By then, fans had exalted him to the status of a demigod -- many had a picture of Maradona next to Jesus in their homes.

The heady success, though, came with its elements of ruin.

Maradona's flourishing friendship with the camorra, the Neapolitan mafia, no longer remained a secret, and his post-match diversions involving drugs, alcohol and women were every bit as popular as his football.

"Senna was exciting because he lived his life in this amazing way.

"Amy happened because she, like me, was a North Londoner. So it was like a film about my city.

"With Maradona, he was a part of my childhood, someone I grew up watching. His phenomenal life was always an attraction," says Kapadia, who looks relaxed in a pale blue shirt, black chinos and trainers.

Despite all his protagonists being unique, there is something that connects them: some form of suffering.

Why this obsession with tragedy? Kapadia offers a laugh, before clarifying that he didn't plan it this way.

"More than tragedy, I like drama. Everybody knows the ending. My job is to get you the journey."

Diego Maradona proved to be hard work, more than Kapadia had bargained for.

"A lot of people know him because of what he did in the World Cup. Yet, the most compelling phase of his career was Napoli and that's the least shown. I knew what I wanted to show, but I never knew it was going to be so 'heavy'," he says.

The filmmaker spent almost 10 hours interviewing Maradona over five days at the latter's home in Dubai, also enjoying a kickabout with him in his backyard.

"He's quite something... on some days, he's brilliant to talk to. On others, he just isn't in the mood.

"You ask him about his son and he'll give you a 25-minute long lecture on Sepp Blatter (the former Fifa president). He's the master of diversion... So I had to cut him sometimes," reveals Kapadia.

Even then, Kapadia managed to extract a lot out of the man, getting him to talk about stuff he's never dared to in the past.

In the film, for instance, Maradona reveals how he used to come back home after doing drugs and get scared seeing his daughters.

Or how he hung out with the mafia, got a brand new Rolex every time he cut ribbons for them at events and eventually became their property -- all this in a stoner's drawl that has come to typify the washed-up, post-retirement Maradona, once all charm and fun, now all misery and pain.

The challenge for Kapadia was finding new, unseen footage on the man.

He sat through a mind-bending 500 hours of archival material, trying to squeeze it all into a two-hour film.

Some of it was sourced from an Argentine cameraman just outside of Naples, one of the two men hired by Maradona's agent in 1981 to film the footballer's daily life.

The plan was to make it into a movie and sell it in America.

The agent later got fired and the cameramen ran away with the footage, only to be retrieved by Kapadia and his producers a few years ago.

Kapadia stumbled upon some more tapes at the home of Maradona's ex-wife, Claudia Villafane, in Buenos Aires.

"We were interviewing her, and I casually asked if she had some old videos on her," remembers Kapadia.

"To our surprise, we found this dusty old trunk full of tapes that no one had seen for over 30 years. It was gold." 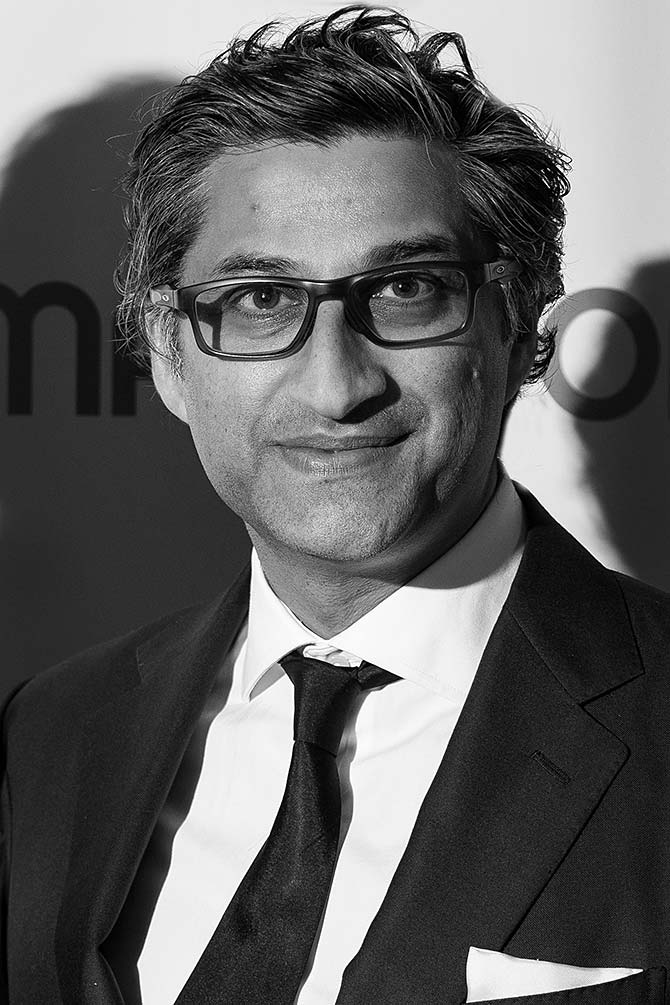 Gold it certainly was -- some of the imagery in the film makes for stupendous viewing.

Like when Maradona phones his mother after winning the World Cup, or when he poses next to the poster of a nude model in his room and childishly exclaims, 'What a beast!'

In another scene, as Napoli fans spill on to the streets after the club's first Scudetto win, a shot of the city's cemetery has the words 'You don't know what you've missed' scrawled at the entrance.

Kapadia grew up as the youngest of five kids in the London borough of Hackney.

Growing up in a multi-cultural neighbourhood, he learnt to befriend people from varied backgrounds at a very young age.

"I had friends from all over -- Jamaica, Turkey, Greece, France. That was very normal for me. Only much later, at university, did I realise that I came from a working-class background, that I was a minority and so on," he says.

A liberal upbringing allowed Kapadia to pick a career of his choice.

At 17, he was making short films, even when no one in his family -- which migrated to England from Gujarat in the 1960s -- had tried their hand at anything remotely related to the arts.

"There were a few around me who said that I was going against my religion. But this gave me happiness and I was good at it," he says.

After graduating from London's Royal College of Art, Kapadia came to public notice with The Warrior, a 2001 feature film that starred Irrfan Khan, a scarcely known actor at the time.

Although set in feudal Rajasthan and shot in Hindi, the film claimed Best British Film at the Baftas.

"Even at that time, I was trying to do something different. Here was a film made completely away from home and yet it won a British award. That was cool," says Kapadia.

Does he fear getting typecast now that he rarely makes feature films?

He laughs. "Well, they said I only make films on young people who end up dying. So with Maradona, I made one with someone who's alive."

He points to one of his heroes, Martin Scorsese, explaining how a skilled filmmaker must be able to traverse all kinds of terrain.

"I'm a big fan of Scorsese's documentaries. And he does all types of stuff," says Kapadia, who also directed a couple of episodes of the first season of the widely appreciated Netflix crime series, Mindhunter.

"Unlike conventional films, what I like about documentaries is that you're doing everything simultaneously -- research, music, editing. It's part journalistic work, part detective work."

Now that the trilogy is complete, can Kapadia pick a favourite? "Maradona has just come out, so I'm not including that.

"Amy is so moving that I can't watch it."

"That was a pretty great film," he chuckles to himself. "I don't know. He always pulls me in. That's the one, I guess." 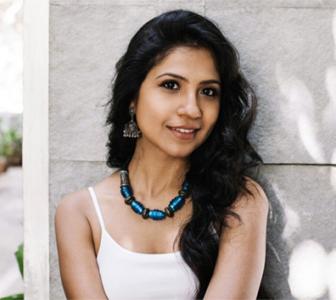 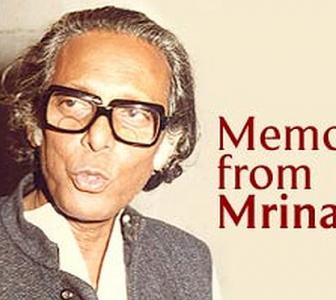 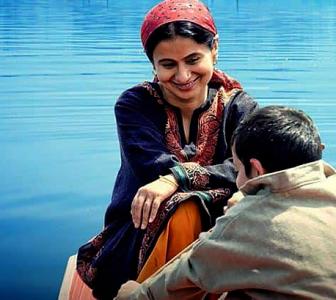 Hamid, Bhonsle, Blinded by the Light at IFFSA 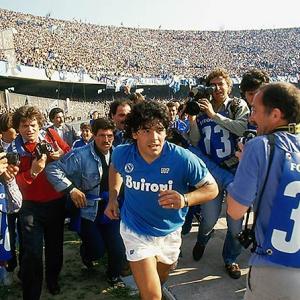